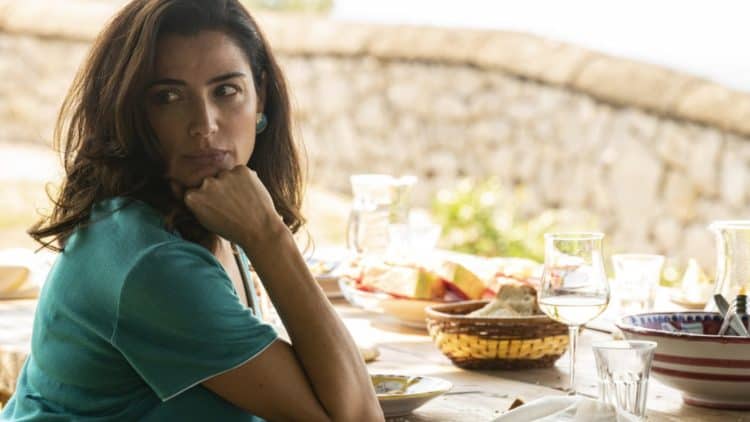 What makes the Academy Awards more interesting is its inclusion of international films among its most prestigious categories. The award introduces movie lovers to the best works of cinema outside Tinseltown. Movies that have been awarded the trophy include some of the best works of film ever created, like Rashomon and Life is Beautiful. The 94th Academy Awards, which will be held in Dolby Theatre at the Hollywood & Highland Center, will be honoring last year’s best work of cinema, as well as the people who made them possible. Cinephiles are particularly anticipating which movie will get to take home the Academy’s Best International Film trophy. Here are the nominees for the category.

A critic favorite, Drive My Car holds the distinction of being nominated for both a Best International Feature Film and a Best Picture trophy at the Oscars. Drive My Car is a Japanese drama movie directed by Ryusuke Hamaguchi and starring Hidetoshi Nishejima. The movie is the first Japanese film to be nominated for an Oscars Best Picture award. The synopsis of the movie is as follows, according to Rotten Tomatoes: “Two years after his wife’s unexpected death, Yusuke Kafuku (Hidetoshi Nishijima), a renowned stage actor and director, receives an offer to direct a production of Uncle Vanya at a theater festival in Hiroshima. There, he meets Misaki Watari (Toko Miura), a taciturn young woman assigned by the festival to chauffeur him in his beloved red Saab 900. As the production’s premiere approaches, tensions mount amongst the cast and crew, not least between Yusuke and Koji Takatsuki, a handsome TV star who shares an unwelcome connection to Yusuke’s late wife. Forced to confront painful truths raised from his past, Yusuke begins — with the help of his driver — to face the haunting mysteries his wife left behind. Adapted from Haruki Murakami’s short story, Ryusuke Hamaguchi’s Drive My Car is a haunting road movie traveling a path of love, loss, acceptance, and peace. Winner of three prizes at the 2021 Cannes Film Festival, including Best Screenplay.”

Flee is an animated documentary drama directed by Jonas Poher Rasmussen. The film was produced by British actor Riz Ahmed and Game of Thrones star Nikolaj Coster-Waldau. “FLEE tells the story of Amin Nawabi as he grapples with a painful secret he has kept hidden for 20 years, one that threatens to derail the life he has built for himself and his soon to be husband,” according to Rotten Tomatoes. The Times, writing a review of the film, claimed the coldest of hearts will melt when the movie is watched. “The “serious cartoons for grown-ups” genre (think Persepolis or Waltz with Bashir) may have found its defining entry with this profoundly affecting animation about the true-life trials of a gay Afghan refugee. Flee has been nominated for three Academy awards, including best documentary, and it certainly has the emotional power to snatch the best animation Oscar away from Disney’s three more predictable contenders (Encanto, Raya and the Last Dragon, Luca).”

The Hand of God (Italy)

Italy frequently sees its movies get a nomination at the Oscars, and The Hand of God is their latest offering to the Oscars overlords. Directed by Oscar winner Paolo Sorrentino, The Hand of God stars Toni Servillo, Teresa Saponangelo, Luisia Ranieri, and Renato Carpentieri. “The Hand of God is a story full of unexpected joys, such as the arrival of football legend Diego Maradona, and an equally unexpected tragedy,” according to its official synopsis. Leonard Martin, in a review of the film, wrote on his website: “The Hand of God is filled with the kind of detail that could only have come from observation—and memory. That one family could contain so many unique and peculiar people is a reminder that truth is almost always stranger than fiction. Who could invent an obese aunt who insists on wearing a fur coat (in order to show off) and spits out insults to everyone within earshot? Or a loving mother who insists on playing childish pranks?”

Lunana: A Yak In The Classroom (Bhutan)

Lunana: A Yak In The Classroom is Bhutan’s official entry to the Academy Awards this year, having previously been disqualified at the 93rd Academy Awards. The movie is the first-ever film from Bhutan to be nominated for an Academy Award for Best International Feature Film. It’s the directorial debut of Bhutanese director Pawo Choyning Dorji. The movie tells the story of a singer living with his grandmother who wishes to move to Australia from Bhutan to pursue a career. The Wall Street Journal posted a generous review of the film, writing: “The film is a fable, to be sure, and one that unfolds at a leisurely pace, not a tough-minded psychological drama. But it’s sharp-witted as well as soulful, reasonably suspenseful and brings news from a little-known area of the world.” Valerie Complex for Deadline Hollywood Daily praised the director, Dorji, writing: “The film does well in showing the stark contrast between growing up among urban landscapes versus living several thousand feet above sea level in the mountains. Dorji and cinematographer Jigme Tenzing don’t deploy elaborate shooting techniques, but its simplicity is what makes the film charming and earthy. The director captures the mystical landscape that even the film admits is global warming.”

The Worst Person In The World (Norway)

Last on the list is The Worst Person In The World, directed by Joachim Trier. The movie stars Anders Danielsen Lie, Maria Grazia di Meo, Renate Reinsve, and Herbert Nordrum. The official plot of the movie is as follows: “The Worst Person in the World is a modern dramedy about the quest for love and meaning in contemporary Oslo. It chronicles four years in the life of Julie (Renate Reinsve), a young woman who navigates the troubled waters of her love life and struggles to find her career path, leading her to take a realistic look at who she really is.” Showbiz Cheat Sheet wrote about the movie: “The Worst Person in the World is a magnificent slice of cinema. Few movies can inspire both big laughs and tears within the span of a single feature without either tone feeling like either is stepping on the toes of the other.”