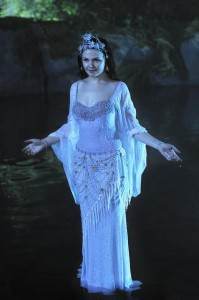 Don’t let the title of this week’s Once Upon a Time review fool you. The truth is that secrets are exposed in Storybrooke, but that doesn’t mean that anyone ends up with the person they love. In fact, it’s the opposite. But we’ll get to that shortly.

Let’s start with the fairytale world in this week’s Once Upon a Time, which was slightly more hopeful overall. This episode is dated shortly after the last Charming/Snow White episode we saw. Snow had told Charming she didn’t love him in order to save his life and then went off with the dwarfs, but Charming called off his wedding to Abigail regardless. Now, he’s on the trail to find Snow. Unfortunately, King George is right behind him, hoping to bring him to heel. Charming is momentarily kidnapped, only to be dumped at the feet of Abigail. And here’s the big twist: it turns out that she knows all about his love for Snow. But that’s okay, because she doesn’t actually love him either.

In fact, Abigail is actually in love with a man named Frederick, who was unfortunately turned to gold by King Midas while trying to save his life. She’s tried everything to bring him back, but nothing has worked. Until she suggested the water from a magical lake that is supposed to return what has been lost to you. Only it’s guarded by some horrible monster. No problem, Charming says. After all, he’s incredibly brave, so he should be able to succeed where all the men before him have failed.

Off he goes to the lake, only to find that the horrible monster is actually a beautiful Siren. When her visage doesn’t appeal to him, she transforms into Snow. He’s enamored with her at first, obviously missing the real Snow, but he resists. Then he’s dragged under water, but a coincidentally placed dagger on the bottom of the lake proves a handy weapon and he kills the Siren. He returns the water to Abigail who transforms Frederick back into a man. With genuine thanks to Charming, she tells him to go find Snow. Instead, he finds Ruby, who tells him that Snow most definitely still loves him (at least until she took that forgetting potion, which neither of them know about). With King George once again on his heels, he and Ruby ride off to find Charming’s true love.

Meanwhile, in Storybrooke, this week’s Once Upon a Time was far less hopeful for the future. Kathryn told David that she had been accepted to law school and thought they could start a new life in Boston. When he told Mary Margaret she was understandably upset. But she also wanted David to tell Kathryn the truth about him. He agreed that it was time.

However, what he promised Mary Margaret and what he delivered were two different things, although the ending was ultimately the same. He told Kathryn that he’s been trying, but there’s just no real connection between them. Basically, he told her that it’s time to end their marriage. She rushed to Regina’s office to tearfully tell her friend what had happened and Regina immediately spilled the beans about Mary Margaret and David’s affair. Kathryn accused Regina of being a bad friend by keeping the truth from him.

Later, Kathryn confronted Mary Margaret at school, where she let it slip that David had simply ended their marriage but didn’t tell her the real truth. Mary Margaret was upset that he had lied to her. But she soon found that she had far bigger problems. Word of the affair quickly circulated through Storybrooke and everywhere she went, people were whispering behind her back. Granny even told Mary Margaret that she should be ashamed of herself. That’s when she finally confronted David, telling him that she didn’t want all of this to happen and that their “love” was just this horrible, destructive thing. 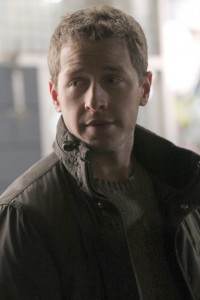 Really, Once Upon a Time writers? I mean, REALLY? Let’s back up for a moment. At first, I was frustrated with the fact that David couldn’t make up his mind. It’s clear he’s had no connection with Kathryn from the beginning. Then when he finally kissed Mary Margaret, he was hesitant to let the truth come out. I was thrilled when he finally decided to own up to the affair, and then the frustration set in again when he couldn’t tell Kathryn the whole truth. But after thinking it over, I thought that maybe what David actually told Kathryn was probably the best version of the truth. He ended their marriage but didn’t bring Mary Margaret into it and also didn’t make Kathryn feel even worse by saying he had cheated. Sure, it would have been a lie of omission, but it could have been the best solution overall. Mary Margaret should have realized that. Now she’s being painted as a harlot and she’s put an end to her relationship with David, which is just so incredibly frustrating. How much more back and forth will there be with this couple? I thought that maybe they could finally be together and work on standing up to Regina together. Only now they’re both alone and we may have to go through this whole exercise all over again in another few episodes.

Normally I’m actually far more patient about these types of romantic developments, but I feel like the excuses here are a bit weak. And I also think there’s a lot to be accomplished in Storybrooke so any unnecessary setbacks with this particular storyline seem a bit aggravating. If the writers wanted to keep them separate for a while longer, then perhaps they shouldn’t have made it seem like their time had finally come. You’re all welcome to disagree, of course, it’s just my opinion about this particular storyline.

Although, I have to admit, the most surprising part of this week’s Once Upon a Time was how much I had come to like Kathryn. Her character’s been a bit of a mystery all season, mostly blowing cold. I really warmed up to her in this episode. Not only did Abigail turn out to be a decent person, but Kathryn also realized at the end that her marriage to David really was a sham and told Regina as much. Instead of being horrible about it after she had calmed down, she simply wanted to move to Boston and start a new life. She even left a letter telling Mary Margaret and David they should be together.

Only they’ll never get that letter, because Regina broke into her house and stole it, only to burn it later. And Kathryn drove out of town to start her new life, but later the Storybrooke equivalent of Frederick happened upon her crashed car, with its airbag deployed and Kathryn officially missing. Not good.

Finally, the mysterious writer made some progress with Emma this week when he managed to talk her into going on a mini-date with him. He also revealed his real name: August. But the mystery surrounding him didn’t lessen with the reveal of his name, because we also saw him copying Henry’s book, only to return it (or the copy) to Emma later by placing it under her car and making it seem like it had fallen off the trash truck. Henry is thrilled that his book has been returned and Operation Cobra is back on, but August is certainly piquing our interest. So is that definitive proof that he wrote the book like many people have suspected? Thoughts?

I really enjoyed the fairytale portion of this week’s Once Upon a Time, but the Storybrooke storyline was a bit frustrating. While August’s presence in town is something I’d like to explore more, I really wish there would be more development in the Mary Margaret-David relationship front.

Once Upon a Time is on hiatus for a week but will return with a new episode on March 4. Watch a preview for the March 4 episode. 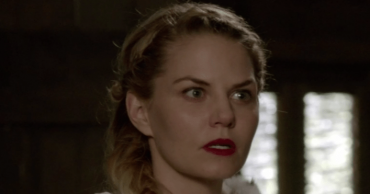 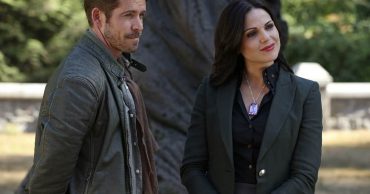 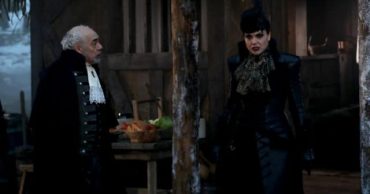 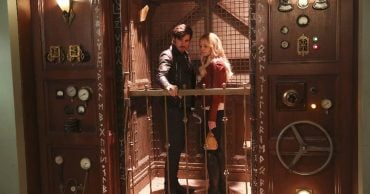 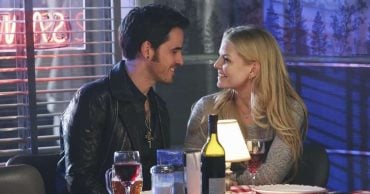 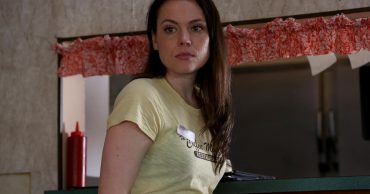