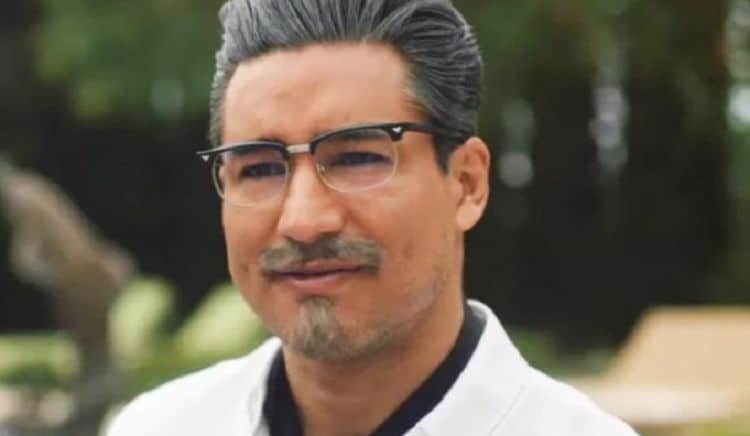 What in the unholy chicken-fried Sanders is this?? Looking on the bright side it’s not a feature-length movie that we’re looking at, but a 15-minute marketing ploy that is being concocted by Kentucky Fried Chicken for the holidays. As you can already see, Mario Lopez is taking on a sexy, suave looking for Colonel Sanders and is competing for the love of a young heiress who’s had her beau hand-picked by her mother, and we all know how well arranged marriages tend to work. Okay, so they work better than people think, but in some cases, they’re treated like an abomination and you can’t really blame people since the choice to fall in love with who you want is something that a lot of people have enjoyed for quite a while and despite the randomness of it one can easily say that it’s still preferable. But back to the point, this version of Colonel Sanders is by far one of the smoothest ever seen and it’s likely that people might actually be influenced just enough to buy the slightly bigger bucket of chicken the next time they go to KFC just because they recognized the younger countenance behind the fake mustache and goatee and managed to get a little excited. Amazingly that does work with some folks, but explaining why still ruins the mystique since some of us still go ‘huh?’ as we try to figure out WHY it works.

The fact that marketing gimmicks like this really do work is amusing in a way since it means that as smart as people want to think they are, they’re still going to be led about by marketing ploys that are designed to get their attention by using familiar faces and themes that they’ve seen countless times and not been affected by. But change one thing or a few things and voila, people start paying attention again and the money starts rolling in, hopefully. Sometimes it would appear that some of us really chose the wrong career choice and should have gone into marketing, or learned how to get into writing for commercials. Then again, nah. No no offense to those that write these commercials and are responsible for the gimmicks that somehow still work, but thinking people don’t fall for this still like to sit back and laugh even as we continue to purchase what we want because we like the taste, we like the look, or we like it for one reason or another that has little to do with who’s pushing the product in a new way. Understandably, marketing companies have to make their money somehow, but some of the methods they come up with are a whole batch of fried crazy that is hard to do anything but laugh at.

Lopez, who’s been busy on the Saved by the Bell reboot, must be willing to do anything at this point, as some folks would say that he made a wise move working with KFC, which is probably true, while others might question this decision since he looks absolutely ridiculous as a younger version of Sanders and looks like he belongs on the Iron Chef instead. Hey, that’s an idea. Why not ramp that show up again and start pushing celebrities to star on it? Such an idea wouldn’t be any worse than playing a Colonel Sanders lookalike, and it might even be another way for his fans to enjoy his time on screen. Out of the core group from the original Saved by the Bell it does feel that Mario has been the most stable of the bunch for a while, but this role almost feels as though it was one of those decisions when he might have said “Ah, what the hell” and gone with it since otherwise, one would have to wonder at the wisdom of taking on such a role, even for 15 minutes. But hey, it’s his career and it’s going pretty well right now so this doesn’t feel as though it could really damage anything since it does appear to be something that’s all in good fun and could help KFC out, maybe.

When it comes to marketing gimmicks there are some that are great and some that make people squint their eyes and wonder what in the world the writers were thinking when they came up with the script. There are really times that it might be interesting to be a fly on the wall in the writer’s room when it comes to making commercials since if this is the kind of idea that gets the green light it would be really interesting to see how outlandish an idea has to be for someone to veto it without question. But if it works then it works, and there’s really nothing more to say about it.