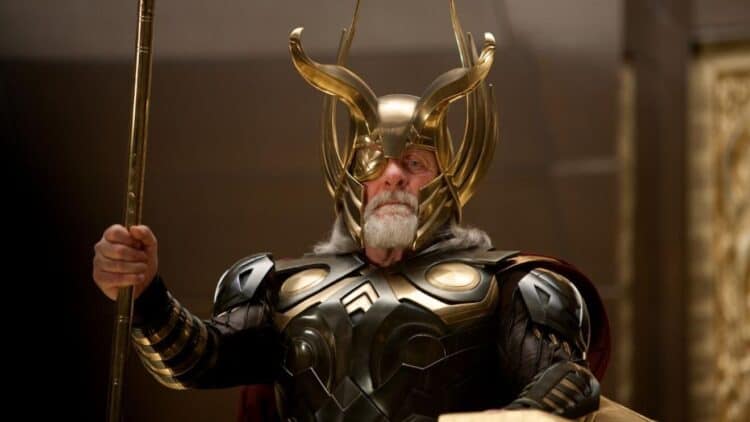 Pitting one character against each other when it comes to the Marvel or DC universe often brings up the discussion of who has the better abilities, the best weaponry, and even the best chance of adapting to any given battlefield. But when things start taking a divine turn and head into the realm of the gods, one has to back up for just a split second and realize that gods in the Marvel universe tend to range from being fairly powerful to galaxy destroyers that, when they unload their true strength, can cause massive collateral damage that will see the destruction of worlds with little to no effort. Khonshu and Odin do belong to legends from the real world, but both deities have, in the Marvel universe, been altered just enough that they’re not quite the same beings that myths and legends would describe. Their power levels are obviously described in very different ways since Marvel needed to differentiate their characters just enough to make them stand out in some way that people would notice. But if there’s one thing that can be said, it’s that the more powerful gods in the Marvel universe don’t always make a habit of fighting unless they need to.

The MCU gods, especially Odin, have made it a habit of not fighting unless the battle warrants their attention. Khonshu is, thus far, a far more irritable deity, but it’s been established that he can’t do much unless his avatar is active and willing to become the fist of Khonshu, as Moon Knight has done for years. Odin, on the other hand, has proven more than once that if he feels the need to get into a fight that nothing is going to stop him. He doesn’t meddle in the lives of mortals that often, as it could be that he doesn’t care enough to descend to their level, or because he does believe that humanity is meant to take care of their own problems. In a very big way, Odin will always take care of Asgard before all other realms, but he has taken on the task of saving humanity at least a couple of times.

Khonshu on the other hand tends to appear as a deity that focuses upon the idea of vengeance, in the MCU at least, and nothing else. Both of these deities have been seen to be rather spiteful during their time in Marvel, as their motives are often beyond what most people can fully understand, and their dealings with humans are a bit one-sided if they happen at all. Odin goes from being ready to stand and defend humanity against the frost giants to being highly annoyed that even one of them had been brought to Asgard, leaving people to think that while he is seen as a protector, he’s also a deity that decides when he’s going to defend the people of the nine realms. Khonshu, on the other hand, feels like an opportunist that accepts people into his service for a price, and a rather steep one at that. Taken in this manner, neither deity is particularly likable, but there are differences to be noted that would make it easy to state who would still be standing after the unlikely chance that they met in battle.

Odin is the type of deity known as a Skyfather, meaning that he’s at the top of his pantheon and, in many cases, he’s one of the most powerful deities in the Marvel universe. He’s the type of god that can beat down many individuals at his base level, and if needed, can tap into the Odinforce and annihilate others that require a slightly heavier punch. Khonshu is, by comparison, the god of the moon and vengeance, in the MCU at least, and is the type of deity that requires an avatar to act in his stead in the mortal world. Odin doesn’t require this, but the fact is that Odin could destroy Khonshu’s avatar before taking on the moon god in short order. When it comes to weaponry and abilities, not much is known about Khonshu, but plenty is known about Odin. In terms of fighting ability and experience, it feels that Odin would stomp Khonhsu on all counts.

On earth, it feels certain that Khonshu, if he’s able to do anything within the human realm on his own, would be able to do more than just scare people, and might be able to take on a few heavy-hitters. But Odin is more than a heavy-hitter, as he’s thrashed Thor on a few times, and he’s taken on other individuals such as Thanos, Silver Surfer, and Galactus, just to name a few. To say that this is a fair match isn’t accurate since the moment that Odin took any action against Khonshu, the moon god would understand what real power was all about.