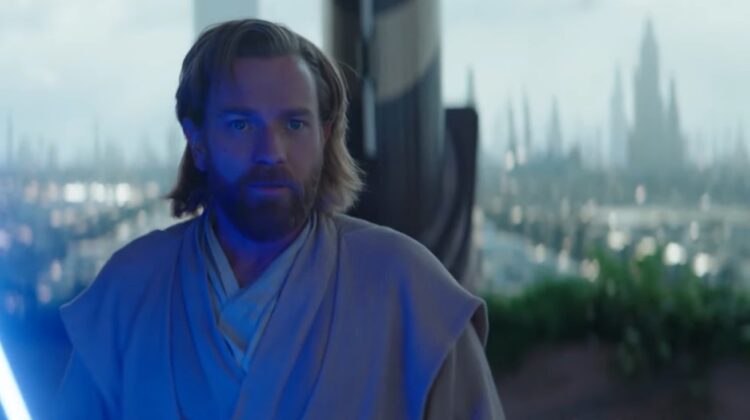 It was interesting to see the flashbacks that added another layer to the relationship between Obi-Wan and his former padawan, Anakin Skywalker. The duel that was shown throughout the episode served a definite purpose, and the manner in which it ended proved that as powerful as he was, Anakin was way too impulsive, not to mention overconfident. Still on the run, Obi-Wan’s need to return Leia to Alderaan is still the point of the mission, but surviving has to take precedent, and with Reva and the Empire hot on his heels, Obi-Wan had to dig down and find the necessary fortitude and tricks that were going to help him and the many others who were running from the Imperial forces as well. There’s no denying that Obi-Wan is troubled by the events that have happened, but his stoicism in the face of adversity has been impressive thus far, and while he’s been the main point of this series, he’s also managed to fade into the background at times to allow others to shine. Reva and Leia have taken up their portions of this story and have been impressing a lot of people thus far.

The fact that Reva is driven by revenge isn’t too tough to grasp, but the reason for this is the fact that she was in the Jedi Temple when Order 66 was set in motion, as Obi-Wan finds out, and she was even face to face with Anakin when he killed her fellow younglings. Left with her dead classmates, Reva had all the time in the world to foster the feelings that drove her to the dark side, and eventually drew the attention of the Grand Inquisitor. But the truth that is revealed is that she’s been gunning for Darth Vader ever since she was taken on as an Inquisitor, with the goal of taking him down one say as revenge for the deaths of her fellow younglings.

Trying to fool Darth Vader is as close to a boss move as anyone can get, and keeping that secret for so long would be insanely tough around the Sith Lord, since Vader has been noted as being of the most vicious among the Sith, and isn’t known for being easy to trick. But give props to Reva since she’s proven to be one of the most ruthless individuals in the Star Wars franchise yet, especially when it comes showing how far she’s willing to go when it comes to getting the information she wants. There does appear to be a side to this character would like to go back and set things right, but it’s tough to tell if this is just another trick or not since Reva has already been seen to turn on those she’s supposed to be allied with. At this point it’s easier to think that she’s a wounded animal that’s capable of lashing out at anyone to get what she wants. But looking at the reason why she became this way is tragic without question, since one of the people she thought would protect her was responsible for the worst moment of her life. That would definitely make a person feel a certain way, and would prompt a number of different reactions. For Reva, that reaction was to wait, and plot, and hope like hell to get revenge.

The best part of this episode was what became of Obi-Wan’s attempts to reach past Reva’s rage and reach her on a personal level, to where he could reason with her. As a result, he managed to convince her that the revenge she wanted against Vader could happen, but only if she listened to him. What happened next was one of the best fights in the franchise to date, even if it was one of the most one-sided. With Kenobi able to get free and join the others, the ruse that was put into place came to fruition as Vader showed how powerful he is by first halting the starcruiser and then yanking it back down to the ground, where he then ripped it apart, only to find it empty. The real cruiser then launched, escaping Vader’s grasp quickly as Reva came up from behind the dark lord, seeking to take her vengeance.

But, and this is one of the best parts, Vader stopped her lethal swing and then deflected every blow after with the Force, keeping Reva at a distance as she struggled to stay upright against Vader, despite some very interesting and impressive moves. The fact that Vader barely moved and swatted her away as though she was of no consequence however was the type of display that many people have come to expect, and is one of the best showings that a lot of fans can remember in a long time. In the end though, the danger is still near and present, and Obi-Wan sensed that something bad is still on the way. He might be able to stay ahead of Anakin, but the former Jedi’s tenacity is more than enough to keep the Master on his heels.