Home
Movies
No One, Not Even Leonardo DiCaprio Can Explain Inception 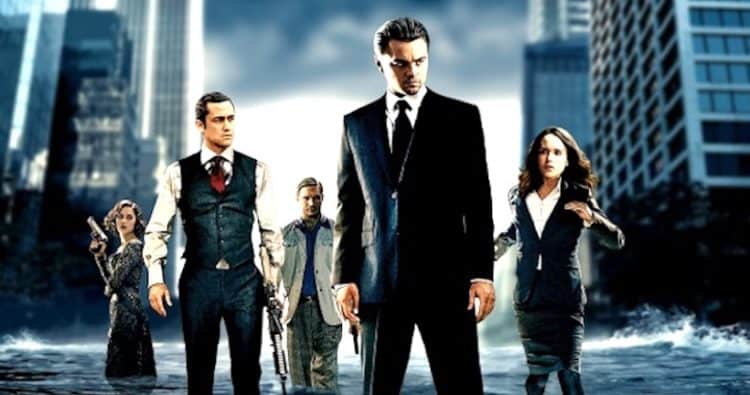 It’s amusing that a decade after it’s release Inception is still confusing people left and right as to what really happened during the ending. The movie was one big mind-trip the whole way around since it forced people to question what was real and to make up their own minds if the characters were in the dreamscape or if they were in reality since the layering of dreams was even more confusing than the most convoluted spy movie could ever hope to be. When one thinks about how the human mind works and how it will seek to defend itself from any outside influences however it became a little easier to tell just when the dream was unfolding and when the team was in the real world where people don’t tend to act in a way contrary to their own existence, in other words turning into a hive mind bent on expelling an intruder. But the one scene that has plagued so many people and that even Chris Agar of ScreenRant sounds as though he might be kind of ambiguous about comes at the end when Cobb is finally allowed to reunite with his children and yet still questions the reality of the moment. In that scene he pulls out his top and sets it to spinning, and from there the speculation begins to arise as to whether he’s back in reality, or if he’s stuck in a dream still.

This was a masterstroke by Christopher Nolan who is known quite well for the manner in which he attempts to trip up the audience in his own playful way. There are still many that would insist that Cobb is stuck in the dream since the top is still spinning by the time the screen fades to black, but a lot of folks, whether they think one way or the other, are missing the bigger picture: Cobb doesn’t care. He walks away from the top while it’s still spinning, as though it no longer matters and he’s simply happy to be where he’s at. This is Nolan’s version of a happy ending if you can believe it, or at least it would appear that way since Cobb is less concerned with whether or not he’s in the dream and is simply pleased to be where he’s at within that moment. The paranoia that he’s had throughout the entire movie at that point when it comes to whether he’s in the dream or the real world has melted away and he gets to allow himself to relax in the knowledge that he’s with his children and can just be at peace for a while. Chris Newbould of The National had more to say on this subject.

One might think that Nolan and even Leonardo DiCaprio, who played the character, might have some input on this but neither of them are able to really tell either since they were going with the moment and couldn’t be relied on to say one way or the other if Cobb is truly where he needs to be or the other shoe is going to drop eventually. What some folks are realizing at this point is that it doesn’t matter as much since the whole idea was to get people thinking and leave the movie open to interpretation as Nolan tends to like doing. Some folks have actually expressed a negative opinion of this since an open ending doesn’t satisfy their need to close up shop and move on. That’s kind of too bad really since as an author putting a nice little bow on everything and saying “It’s done!” isn’t always the way things are meant to go. A good story will run from beginning to end and leave a person breathless and possibly wanting more at the end, but a great story will have that same person thinking over and over about various elements within the tale for months if not years afterward, mulling over just what really happened to various characters and if the situations they witnessed or read about were finalized or if there was something they were missing. This is what Inception is about and why it works on such a great level, it keeps a person guessing and at the same time inspires them to think up different ways that the movie could have ended even if those ways are debatable and not universally agreed upon. Minnie Wright of the Express had more to say as well on the movie.

In my own personal opinion and that of many people that have watched the movie, the top was starting to tumble, which would indicate that Cobb was in fact back in the real world. In the dream the top executed a perfect, smooth spin that did not falter in any way, but in the real world it was bound to lose momentum at some point and begin to tumble a bit. Looking closely at the top, that’s what it began to do only a split second before the credits. That’s one theory anyway.