I have a confession to make.  I’ve never, not once, seen even a second of a Pirates of the Caribbean movie while on television or in a theater.  Seriously.   I’ve seen trailers.  I know who Jack Sparrow is.  I understand that Johnny Depp is a wacky pirate.  I know that the films budgets were record breaking. Why is it that Pirate films are the ones with record breaking budgets?  I mean it’s not like Star Wars or King Kong or Comic Book type films are cheap but why is Pirates the most expensive of them all?  Is it because it requires the most physical amount of stuff?  Like, you can’t do as much CGI?  I don’t know and I don’t care.

I’ll never see one of these films in my entire life and I’m pretty proud of it.  Still though, I must say I admire these new posters.  They’re pretty sweet.  Javier Badem looks pretty gross (in a good way) and Geoffrey Rush hasn’t been bad in any movie ever.   As for Johnny Depp.  Whatever.  I liked him best in the Tom Petty video for “Into the Great Wide Open.” 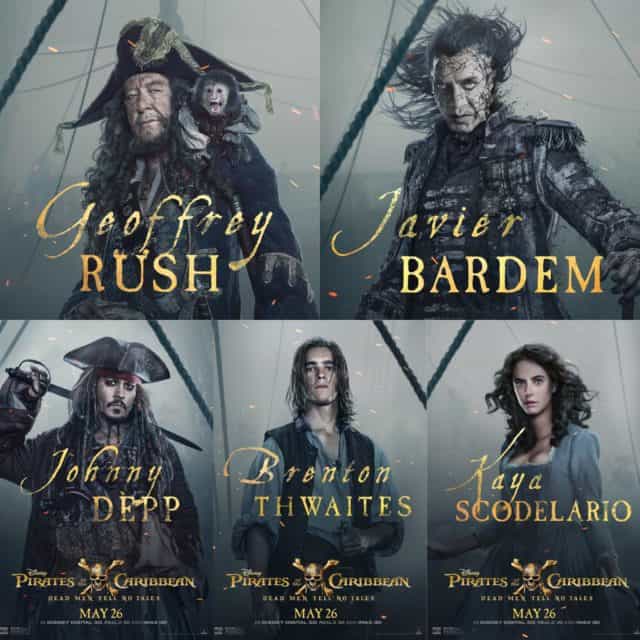