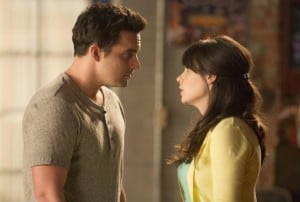 With last week’s New Girl being such a game-changing episode for the season, tonight’s episode, “Winston’s Birthday,” had a lot to live up to. For the most part, “Winston’s Birthday” is an enjoyable episode of New Girl, and it possesses many strengths, specifically while dealing with Nick and Jess’s relationship or the rekindling romance of Schmidt and Elizabeth. However, the episode lacks the spark and excitement that has been a key ingredient in the most successful episodes of New Girl from this season. It’s not a boring episode, but I also wasn’t anxiously awaiting for New Girl to return from commercial as I typically do or dreading the final minutes, knowing that I would have to wait a whole entire week to spend time with these characters again.

The main reason why I believe “Winston’s Birthday” is such an average episode of New Girl is two-fold. First, after having the sexual tension between Nick and Jess erupt last week, as the pair slept together, the writers decide to, for the most part, separate the two of them for the entire episode and leave Nick with Jess’s dad (the excellent Rob Reiner). The other reason for the mediocrity of this episode is the lack of interaction that both Schmidt and Winston have with the rest of the group. Neither of them really spend any time with Nick or Jess until the final scene of the episode, and while Nick and Jess’s romance is primarily about them, not having Schmidt or Winston react to the news of the two of them sleeping together feels like a wasted comedic opportunity.

However, these critiques aside, there was still a lot to love about New Girl tonight, and the biggest highlight for me was Merrit Wever as Elizabeth and her reconnection with Schmidt. Their relationship provides great material for Max Greenfield, as we learn more about Schmidt’s past, while also seeing him evolve into a better man in the present, but it’s Wever’s natural charm (and the talent of New Girl‘s writing staff) that has made Elizabeth feel so real and fleshed out in only a couple of episodes. The flashback of the two of them dancing together in college, followed up by their ridiculous dancing at the restaurant near the episode’s end, was the perfect combination of funny and sweet. Elizabeth is helping Schmidt drop his insecurities and be more comfortable in his own skin, and it’s extremely refreshing to watch him go back and forth with someone who won’t fall for his one-liners or douchey comments. I am loving this storyline right now.

Another great part of “Winston’s Birthday” is the return of Rob Reiner as Jess’s Dad, Bob. Reiner nails all the comedic scenes he’s in and also does a great job as the overprotective father, when he tells Jess and Nick that Nick is not good enough for Jess because Nick’s too much like himself. Another solid part of this episode was seeing Jess back in the classroom; if she gets the job at this new school, I would be very excited to see more of Jess’s interactions with the cooky principal and with the kids in her class, especially the one who offered her cigarettes and asked to take her to the movies. Lastly, I really enjoyed seeing Nick be very “boyfriend-ish” by making Jess breakfast after their nig 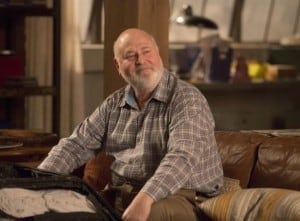 ht together, and then by remaking it for their rooftop date at the episode’s end.

Overall, even though it’s not even close to being the strongest New Girl episode of the season, “Winston’s Birthday” is still filled with a lot of enjoyable moments. I’m hopeful New Girl can step it up a little bit for the finale next week, as we finally get to see Cece and Shivrang’s wedding, and with the amazing track record it has had this season, I feel like New Girl won’t let me down.

– Even though the episode is called “Winston’s Birthday,” Winston barely plays a role in the episode. He skulks around all sad, because he thinks everyone forgot his birthday, until things accidentally come together at the end.

– Loved the look that Nick and Jess give each other at the end of this episode.

– Jess finding a pretzel in Nick’s bed after sleeping with him: perfect. 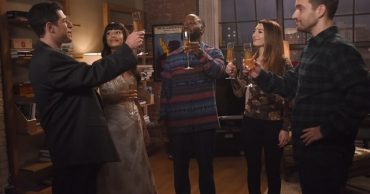 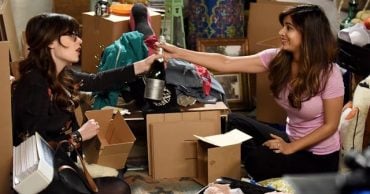 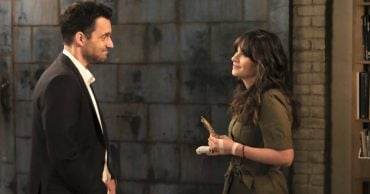 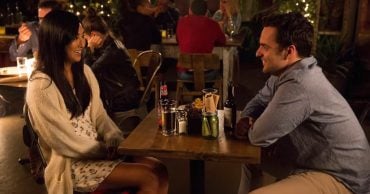 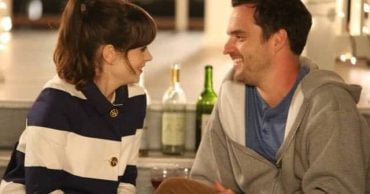 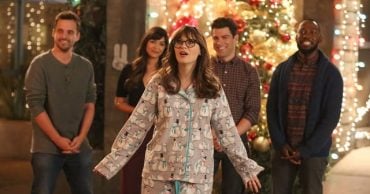