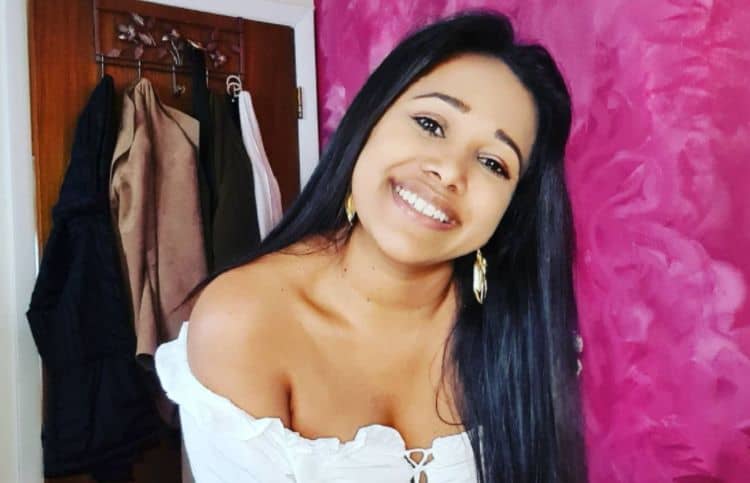 Below Deck Sailing Yacht is turning into a huge hit this season, and fans are dying to hear more about Natasha De Bourg. She is a world-class chef with a wonderful resume, and she’s making reality television a small part of her life. She’s part of the cast working on a yacht sailing the seas and providing boundless entertainment to the guests of the yacht as well as fans watching the excursions from home. Who is she? What’s she like? And, how did she get into this line of work and this line of television?

1. She Went to Culinary School

When she was an adult, she knew what she wanted to do. She wanted to cook. She attended culinary school, and she blew it out of the water. When she graduated, she went to work only at Michelin-Star restaurants. She knew she wanted to work for the best of the best, and she was not about to go to work anywhere that didn’t meet the standards she had in place for her own career.

She’s been through a lot in her life, and it’s resulted in an adult who is headstrong and strong in general. She doesn’t take anything she doesn’t see fit from anyone, and she is not someone who is afraid to back down. She stands her ground, and she’s not afraid of upsetting anyone.

3. She Doesn’t Get Along with Everyone

She might be the most delightful person in the world, but her headstrong nature has resulted in some small tiffs with others on the yacht. Specifically, she’s having some issues with the likes of Daisy, Chief Stew. The two are not the best of friends, but they are doing their best to ensure that no one on the yacht for pleasure is aware of their dislike for one another.

She grew up on the island, but it was not picture perfect. In fact, she had a difficult childhood. It was not all beaches and tropical weather. It was fraught with disappointment and ugly moments, and the marriage she entered into while living on the island was no better for her. She had to leave the island. She had to leave her ugly childhood and her marriage behind, and she had to do something for herself. So, she did.

5. She Moved to Europe

6. Fans are Accusing the Crew Members of Disliking Her Because of Racism

When people De Bourg works with dislike her, fans think it’s the color of her skin. When two people thought she was a deckhand the first time she came on board, fans thought it was because of her skin color.

7. She Doesn’t Strive for Perfection

Natasha De Bourg might have mastered the art of perfection in the kitchen, but she’s not looking to make herself come across as perfect in any other capacity. She’s looking to be her true self and show her authentic ways on television. She doesn’t want to give the world a false sense of who she is, and that’s a great character trait.

8. She Believes the World is Unrealistic

In terms of expectations, that is. De Bourg feels that the world is filled with nothing but unrealistic expectations, and that it’s a situation that is making people crazy. It’s why she was so open to talking about her difficult marriage and her difficult life before she came to be a chef, and she feels the world should see more realistic lives.

Because she has a vast understanding of what it’s like to have unfortunate situations in life, she’s not looking to keep her life private in any capacity. She very likely keeps most of the private details of her life to herself, but we imagine she’s someone who definitely has no problem sharing her life with the world when she has the chance.

10. She Enjoyed her Time on the Show

Natasha De Bourg very much enjoyed her time on national television. She’s still growing accustomed to the kind of fame she’s living with right now, but she very much appreciates the fact that she has done something so new and that turned into such an adventure for her.