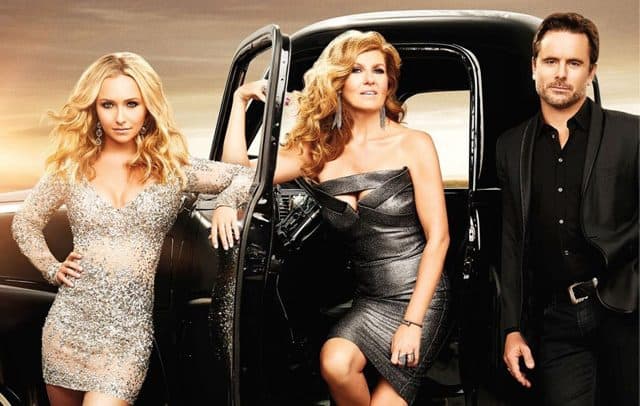 Unfortunately Nashville is taking its midseason break in March.   The show is preparing to take a breather as fans gather their thought and speculate as to how the rest of season 5 will go.  TVLine can exclusively reveal that the CMT drama will air its midseason finale on Thursday, March 9, at 9/8c.  There is also no word yet on when the season will resume. Last night, the network aired a very troubling (for Rayna fans, at least) promo in which it appears that Carl Hockney cares not one whit for that restraining order filed against him.

Thanks to the folks at TVline we have this exclusive clip.   So what do you think is going to happen in the midseason finale?  What’s in store for Rayna?  Exactly how dangerous is Carl Hockney?  Who’s gonna sing the best?  Who’s gonna flake out the most?  What will the most insane moment be?  There’s just too much going on in Nashville right now.

Perhaps we need that break.  Check out the clip below: