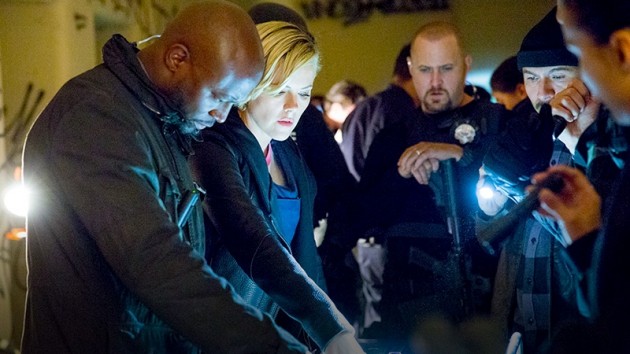 Murder in the First is a show with a lot of layers. The series stays interesting because it slowly peels back each of these layers. On occasion, it can fall toward trope territory, but in this genre, that is virtually unavoidable. Mostly, though, it is a compelling drama whose second season is laced with twists and turns to keep you guessing at what happens next.

This week on Murder in the First: Terry is named acting Lieutenant in Koto’s absence. The police continue searching for the at large killer, Alfie. Alfie engages in some altogether strange behavior, before making a last stand at a lighthouse.

This show has a tendency to keep me guessing, which is a trait I truly admire. Last season, I was expecting a big twist that never came. They continued to hint at something deeper happening, but it turned out to be a totally straightforward mystery. All in all, that wasn’t a bad thing, because it put its characters front and center. Obviously, this season, there is something more. They resolved the killer-at-large story after two episodes, so I can’t imagine how the next eight will continue. After last week’s episode, I expected a simple, high intensity search for a serial killer. Now, it’s obvious to me that there is something deeper going on. The “game” Alfie referred to might be more real than anyone thinks. Of course, that’s just the latest installment of “Nick’s hair-brained theories,” of which you can find more on Twitter.

As the previous episode was more Hildy-focused, this week’s was more centered on Terry. I love Kathleen Robertson, but Taye Diggs is one of the strongest points of the show. Terry spent a lot of this episode losing sleep, filling voids in his life, and conquering the new, temporary promotion. What is great about this show’s format is the way it can explore characters in depth while still loosely hanging on to its procedural element. As the season goes on, I expect to see more of Terry and Hildy’s personal lives, and that’s a strong element of the series. While we are talking about characters, the kid who plays Alfie had me absolutely riveted. He felt like such a real character, and it kind of creeped me out.

I try not to complain too much about shows. Generally speaking, I like to stay positive, because I know how much goes into creating a series. However, sometimes, when shows are on at 10pm, I can really feel the pacing issues. Last week’s episode was off to the races and maintained a high intensity throughout, which honestly surprised me. I suppose I was hoping for the same this week, in which case I was let down. For the first half of the episode, it was a bit hard to focus. Some of the sequences were drawn out (I get it, the cop died, but that was a LONG close-up), and the pace just felt messy and uneven. It wasn’t until Terry’s encounter with Officer Veracruz (I feel like the nickname “Officer Friendly” has seldom been more appropriate) that I felt like the pacing of the show truly improved. From that point on, the episode really picked up, and I remained on the edge of my seat until it was done.

I still have lots of questions. It’s obvious to me (though I’ve never been right regarding this show) that Alfie was a part of something bigger. I can’t imagine that the remaining eight episodes will be about the fallout from his death. It seems to me that he was a pawn of some kind, who was easily manipulated. I’m pretty suspicious of his mom and dad, and the word on the street is that police corruption plays a big part in this season, so that could be part, most, or all of it. While uneven, this was still a pretty strong episode, and I’m still very much looking forward to what’s next.

What did you guys think? Did you enjoy this episode? What are your theories about what’s going on? Let us know in the comments!