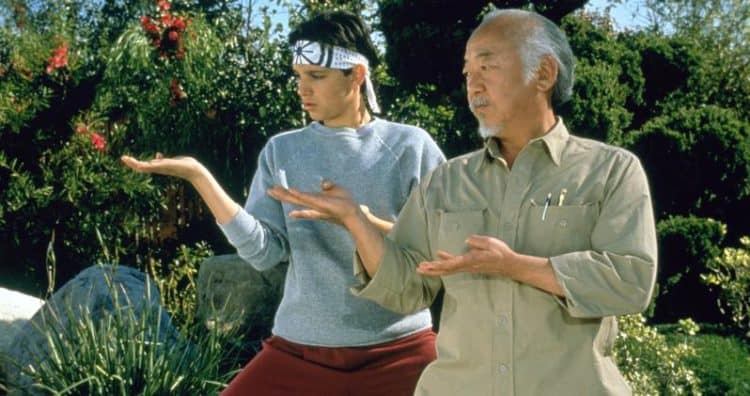 Every December, the United States Library of Congress selects 25 English-language films to be preserved in the National Film Registry. The film registry is tasked with preserving the original, final cut of an influential film with the criteria for selection of a film being it’s “historical, cultural, and aesthetic significance. Since the National Film Preservation Act of 1988 passed in Congress, which brought about the registry, 800 films have been selected for perpetual preservation within the library. A film must be at least 10 years of age to qualify for selection, and must have some kind of influential quality in both popularity or scholarly assessment pertaining to the above criteria. Since only 25 films are selected each year, this means that there are many classic films that have yet to be selected for preservation. Here are some notable omissions. You can see a full list of overlooked film titles yet to be selected here.

With the success of Cobra Kai on Netflix, an entire new generation of viewers has discovered the influential brilliance of the Karate Kid franchise, and it all started with John G. Avildsen’s classic mid-80s coming-of-age-film, The Karate Kid. This movie is the Rocky of the 80s–it was even made by the same filmmaker–but even with its generation-spanning influence, the movie that started it all has not been selected for preservation in the National Film Registry.

David Lynch’s seminal, surreal, and terminally weird 80s classic, Blue Velvet, has a specific and passionate fandom, but the film was also strongly lauded and critically acclaimed upon its release, and consistently ranks as one of the best films of the Reagan Era. With all this in mind, the film has yet to be selected for the National Film Registry, even though other strange classics like Blade Runner (1982) and A Clockwork Orange (1971) have been. The film’s subject matter is hard to take, but this should not negatively affect it’s unique brilliance.

David Fincher’s Obama Era masterpiece about the rise of social media through Facebook is one of the most recent films to qualify for preservation, and chances are, it will make the cut sooner rather than later. The Social Network came out of nowhere in the fall of 2010 when it electrified audiences with it’s inventive and meticulous style that collided with thought-provoking and intense subject matter as it told the story of Facebook’s origins, rise, and eventual dominance of our social culture as a whole. As of November 2021, the film has yet to be selected but this is only the film’s second year of eligibility.

Brian DePalma’s Carrie is the film that started all with Stephen King movie adaptations, and 45 years later, it is still one of the best. Shot for shot, frame by frame, this film is a seminal example of horror cinema at it’s finest. Carrie is sometimes overlooked in best of lists for horror films, and this could be one reason why the movie has yet to make it into the registry.

Speaking of 70s horror classics, George A. Romero’s Dawn of the Dead is also sometimes forgotten in horror film rankings. The film’s predecessor, Night of the Living Dead (1968), is rightfully within the registry, but it’s sequel is just as good (if not better) than the influential first installment of the Living Dead franchise. From the metaphors relating a zombie apocalypse at a shopping mall standing in for the perils of American consumerism, to the symbolism pointing to the horrors of the Vietnam War, and many others, Dawn of the Dead set the standard for cerebral, metaphorical horror cinema.

Back in 2008, a little movie about an alien robot named WALL-E roaming a wasteland Planet Earth surprised audiences and critics alike with it’s engaging story and highbrow cinema flourishes not typically seen in animated films. WALL-E was unique in that it was both a critic’s and audience smash hit, with near identical scores on Rotten Tomatoes to match.

When it comes to Peter Jackson’s now classic Lord of the Rings Trilogy, all three films can best be thought of as one long epic, but each film is still separate and must stand on it’s own merits. If only one installment can make it into the National Film Registry, it is without question The Lord of the Rings: The Return of the King (2003). The final entry in trilogy has the most staggering and jaw-dropping battle scenes, the most heightened moments of drama, and is the best representation of Tolkien’s unique voice and storytelling tone.

James Cameron’s Avatar is now one of those influential films that largely remains a question mark. The sequels have been in development for so long that audiences still have a tendency not to judge the film on it’s own merits as a single entry. With this detail aside, and taking a time machine back to the late fall of 2009, Avatar was unlike anything ever seen before on the silver screen. The pioneering special effects, Cameron’s signature penchant for rousing adventure and drama, and the brilliant use of motion capture all deserve the recognition a spot in the Library of Congress brings with it.

The most recent entry on this list to qualify for preservation is Nicolas Winding Refn’s icy-cold, action-drama classic Drive (2011).This film literally came out of nowhere when it hit theater screens a decade ago, and it’s addictive, New Wave-inspired soundtrack is still referenced and heavily streamed to this day. Combining inventive plot twists, crime drama, dreamy pop music, graphic violence, and a stylistic tone all it’s own, Drive certainly meets and exceeds the aesthetic criteria.

Stanley Kubrick was an American filmmaker, but some of his most celebrated films have been set in the United Kingdom. The often overlooked Barry Lyndon (1975) didn’t initially connect with audiences, but the film’s cinematography and production design are quite possibly some of the finest examples of technique in cinema history. Although the film is a period piece and has a leisurely pace, it deserves permanent preservation.