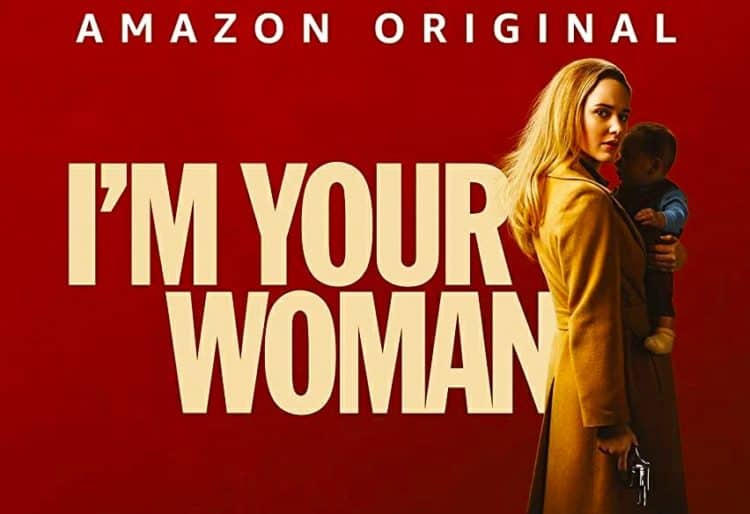 It’s easy to get confused with this movie if you’re not watching the crucial moments, but if you’re good at guessing what’s going on then it’s not so bad. What needs to be understood is that Jean is a married woman that’s grown to accept the fact that she can’t have children. But when her husband, who’s a thief and a shady character to start with, comes home with a kid for her to raise one day, the sudden switch is more than Jean can accept right away since she’s become less than adequate when it comes to being a homemaker and a mother figure to anyone. She does try, but when her husband, Eddie, goes missing, she’s told to take a sack full of money, her child, and to allow herself to be set up in a nice home far away where she’ll be safe. The reason isn’t given right away, but it’s implied that something bad has happened and that it’s best that she just runs. Despite not understanding why she’s being ferried off somewhere else with her child, Jean tries to make the best of it.

When she meets Cal, he clarifies that while she’s being kept up in a nice home in a suburban neighborhood that she’s not to make any friends or acquaintances and keep as low of a profile as possible. This goes fairly well until the widow next door neighbor comes over and starts to make herself a part of Jean’s life. Things tend to go a little better as Evelyn, the neighbor, is a nice woman and a little chatty, but appears to be harmless. The downside of this is that when several men that knew Jean’s husband come calling they reach Evelyn first and beat her for information leading to Eddie’s whereabouts.

Luckily, Cal shows up and takes Jean away, but not before executing the men, and Evelyn. Cal explains that he killed Evelyn because Jean did the opposite of what he told her by talking to anyone. Taking her to a cabin in the woods, Cal leaves Jean and her baby, but they’re joined later by Cal’s wife Teri, son Paul, and father Art as he’s trying to keep his loved ones and Jean safe at the same time. The particulars of this movie aren’t hard to grasp, but there is a method used that keeps the audience from knowing too much even as other main points are made concerning why the small group is in the current situation they’re in. Much of it, if not all of it, has to do with Eddie since upon learning that Eddie murdered his boss, thereby sparking a gang war as rival gangs started fighting over his territory, it becomes clear that everyone who isn’t a member of one gang or another becomes collateral damage that serves one of two purposes. One is sending a message to rivals of what will happen, and the other is to gain information before sending the same message. The act of keeping certain facts from the audience feels like it could have been a great idea, and some might even agree that it was, but somehow the act of keeping too much exposition until later made the first act and even most of the second feel a bit empty.

I’m Your Woman is a different type of movie when it comes to a crime drama, that’s for certain, as the overall feeling brings to mind something that might be experienced in real life, but in a very surreal manner. Jean, Cal, and Teri are the types of characters that feel as though they’re drifting through life, even if there is something more to each one of them that’s revealed during the movie. Trying to watch this movie all the way through when one is used to action and the type of setting that might inspire greater leaps of imagination is a little tough, which could be why recommending it would be just as tough given that for action fans it might be a bit tame. It might be a good idea for those who enjoy crime dramas to check it out and see if it’s worth the effort.

The movie is one of those that shows that someone had an idea to make a crime drama that might have appealed to a certain niche group that enjoys this type of thrill. To be certain, some people are comfortable with such ideas, and while it’s not a horrible story, the idea to leave certain facts out until later in the movie is one that sometimes backfires. In this case, however, it was balanced in a strange but useful manner that left the movie feeling a bit disconnected even if it did manage to pull things together after a while.