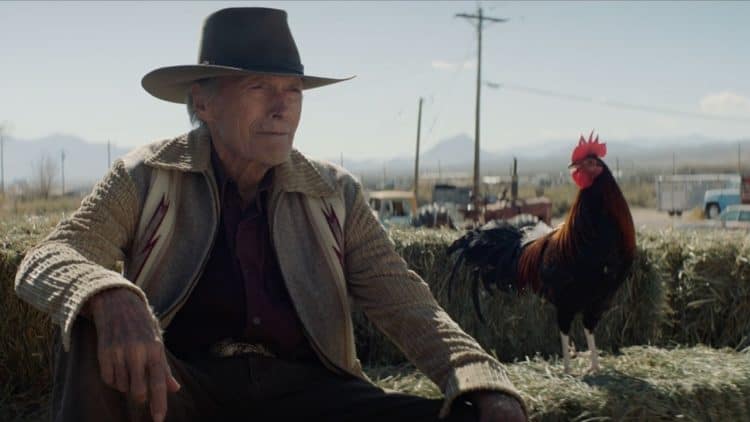 Is it time for Clint Eastwood to retire yet? That might sound a little more cynical than it needs to be, but the fact is that Eastwood is slowing down, as this movie shows. Even his acting ability (yes, I went there) is starting to wane a bit. Some might state that he simply needs to retire, period, but that might be going a bit too far. Cry Macho comes off as a movie that has a lot of feeling and a lot of heart, but somehow it felt like it barely scratched the surface of its own premise. The idea of having an elderly cowboy make his way into Mexico to retrieve his boss’s son with the knowledge that it could be even a little bit dangerous is something that would be daunting for a man half Clint’s age, but believing that he could do this with even a hint of a challenge is kind of hard to buy into. On top of that, the fact of having a young man that has no idea what it means to be the adult he thinks he is, and a mother that sees her son as an uncontrollable piece of property, is a story that might be intriguing.

There was a time when a Clint Eastwood movie brought a lot of people out of the woodwork, no matter if it was a blockbuster or not. But these days, his directing is far better than his acting, even though this movie isn’t completely horrible. It simply feels incomplete somehow, as though it’s over-simplified or missed out on a few key elements that might have given it the same emotional punch that many of Eastwood’s other movies have accomplished in the past. There’s no doubt that many people would disagree, but the fact is that Cry Macho had mixed reviews. The reason for this is that Eastwood is a big name that still manages to get the kind of attention that will make a movie noticeable. In other words, Clint still has a lot of pull in Hollywood, and it doesn’t matter if the movie bombs or is great.

Seeking a deeper meaning inside this movie is possible, but it takes a bit of extra effort to get into this movie when compared to other Eastwood movies since the overall feeling of the movie has been great enough that slipping into the plot was simple and didn’t require too much. Cry Macho requires a bit of attention and introspection to delve into, especially given the fact that even with the idea that the two main characters are running from dangerous people, it doesn’t feel as though the tempo changes that much. The realism of the story is an element that falls a bit flat, even if the dialogue isn’t horrible. But trying to sit through this movie from beginning to end becomes even more possible when one has something else they can concentrate on while the movie plays on in the background. That’s not a condemnation of the actor, but this movie, in general, is something that is best watched when a person has a lot of time and not much else going on in the next hour or so.

Putting down a Clint Eastwood movie feels like something a person shouldn’t do given how long he’s been in the business and how much he’s done, but along with a few other movies he’s made, Cry Macho kind of falls down the ladder in a hurry when it comes to the overall effect. The tough, growling individual with a heart of gold has been his thing for a long time now, and it’s worked for quite a few years. But that persona is fading quickly as this movie shows and it’s coming down to the time when sticking behind the camera is a better option. His acting isn’t bad, but it’s still not at the same level that it used to be, which is understandable but still so insanely noticeable that it’s capable of affecting the veracity of the movie. In other words, Cry Macho isn’t a bad story, but it’s also a movie that falls kind of short the mark when it comes to a Clint Eastwood movie.

Hoping that Eastwood will retire from acting sounds like something that would pit diehard fans against those that see the practicality of seeing the 91-year old sit behind the camera from this point on. He hasn’t given any indication that he plans to step away from acting yet, but this movie happens to be one of those that would make the case that he’s getting to the point that directing has become a stronger skill that can keep the fans coming back. In other words, Cry Macho was meant to be touching and even masterful, but it comes off as kind of incomplete.