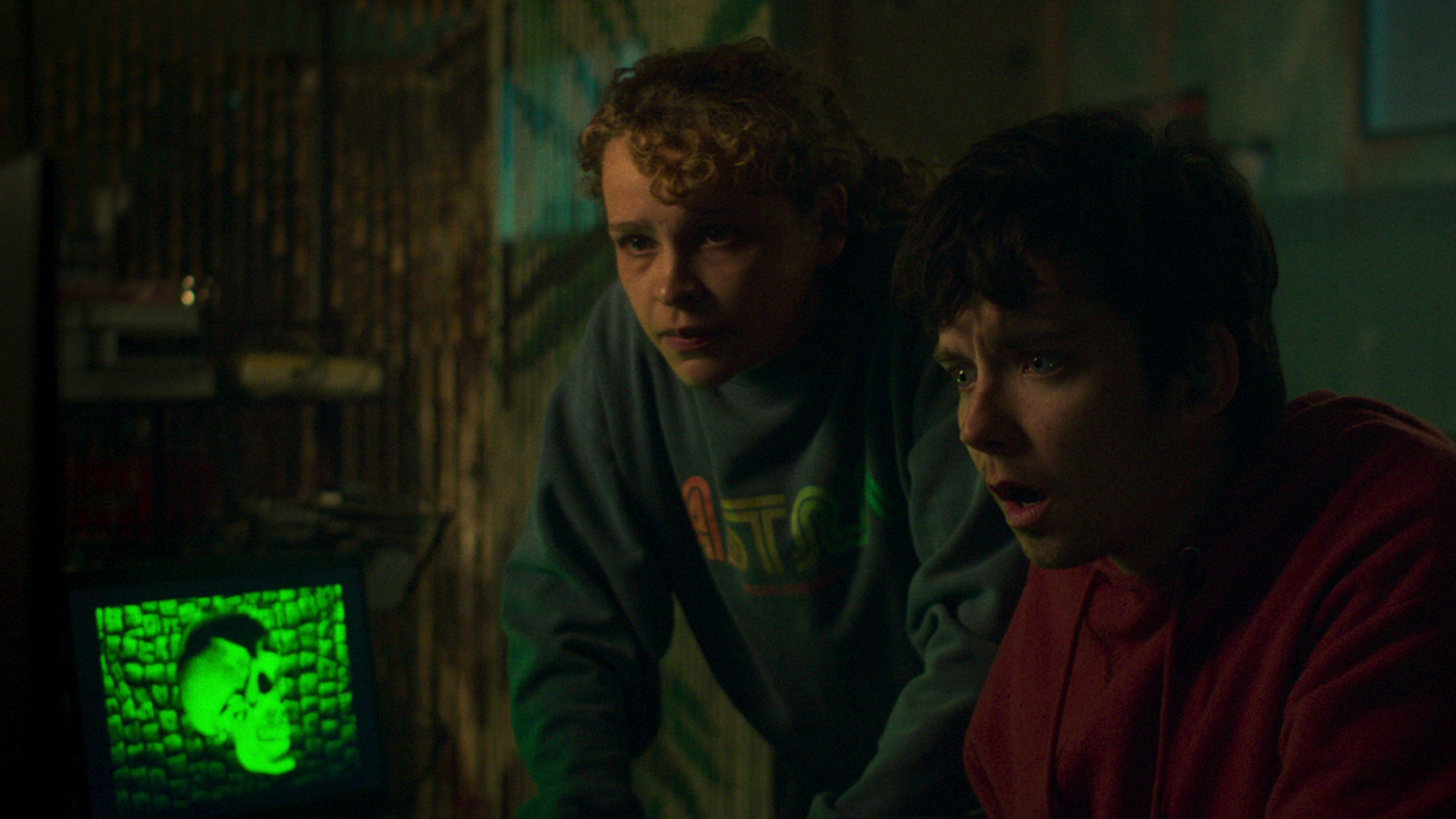 To put it simply, Choose or Die feels like another movie that’s been reconditioned and given a few familiar elements, then stirred up until it’s nearly impossible to state which movie it reminds us of in order to be its own story. Does that mean it’s bad? Not really, as it’s kind of entertaining to think about what decisions a person would make if they were bound to be implemented in a way that would create very real consequences for those around us. When Hal, a man who loves anything from the 80s and has an ungrateful family plays the game, he ends up creating the premise of the movie as his decisions in the game send his family spiraling into madness before he copies the game and sends it off. Eventually, the game is found by Kayla thanks to her friend Isaac, who is also a big fan of the 80s, and Kayla boots it up and starts playing. Unfortunately, much like Hal, she finds out that the choices made in the game are quite permanent. 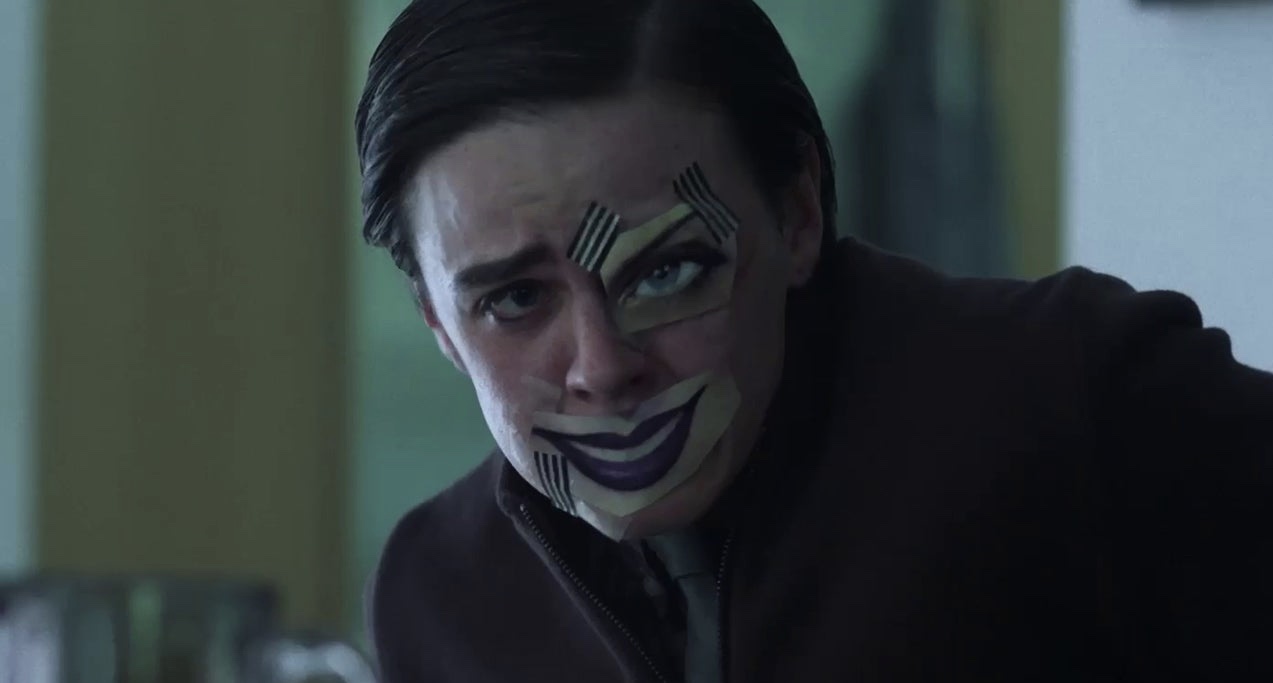 The movie does make some folks wonder what choices they would make if placed in such a position.

The whole idea of choice is kind of unnerving to some folks since there are consequences and rewards to be experienced with every choice we make. But when a game dictates what happens when a person chooses, it becomes a little more difficult to make such choices, especially knowing that something horrible is about to happen. When Hal kicks things off, he has to choose between harming his wife or his son. What he does isn’t that surprising, but instead of giving his own life, Hal makes the choice of cutting his tongue off, which is done by Hal’s wife, who has no idea what she’s doing before it’s been done. Once the movie cuts from Hal and his dysfunctional family, it’s established that Kayla and her mother are in a much worse position since it becomes obvious that they have lost a son and brother and that her mother is anything but ready to face the world.

The brutality of some of the consequences heightens the effect of the movie.

Some of the consequences are a little over the top, but it does kind of increase the efficiency of the movie since, like it or not, choices that are made, especially in haste and without thinking about them, can be kind of harsh. But then again, the game doesn’t exactly allow Hal or Kayla that much time to choose, as the snap decisions that are demanded tend to come with very steep consequences. When Kayla has to try and save her mother from being attacked by what appears to be a large rat, she has to try and guide her from one room to another before she’s attacked. The unfortunate choice sends her mother falling from a window, thereby hospitalizing her and keeping her out of the game for a while. One of the most brutal consequences, from an emotional standpoint, comes when Kayla has to choose who to revive, her brother, or Isaac. In the end, Isaac dies anyway since he becomes the victim of another choice, but the decisions that Kayla has to make are rather tough since her emotions are tweaked in such a way that one has to wonder how she’s even capable of functioning at the end. 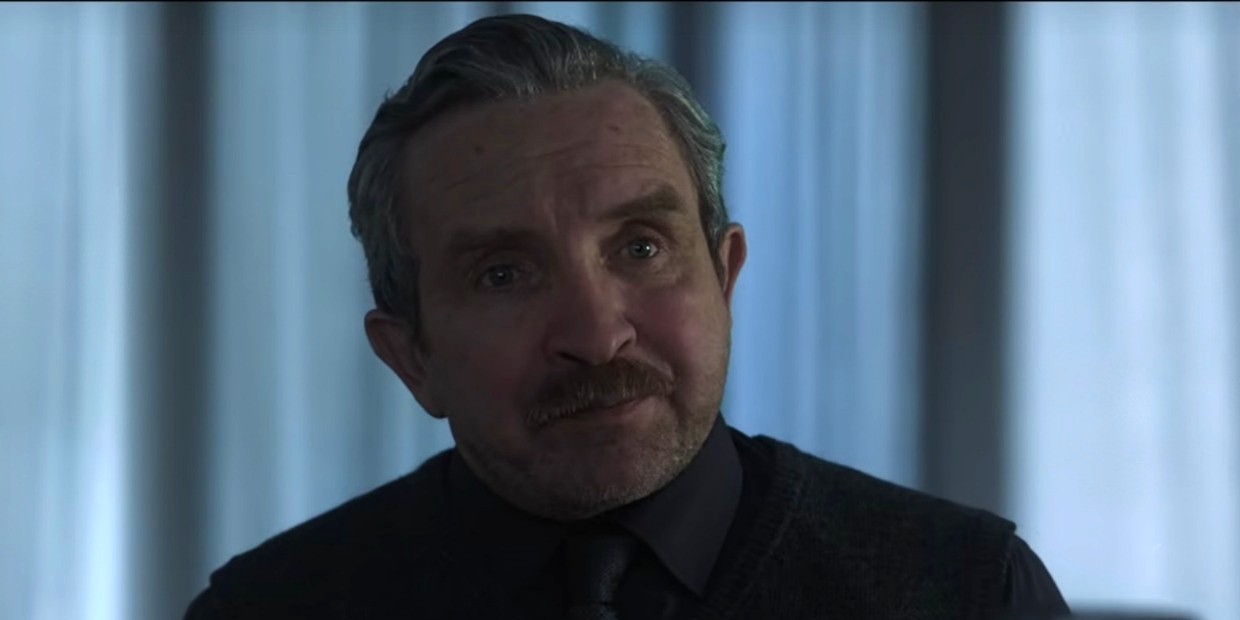 The final confrontation is kind of weird, but it works.

When it comes to round 4 of the game, Kayla, with Isaac’s help before he dies, ends up finding Hal and his family, who appear to have been waiting for someone to arrive. When the final confrontation, or the Boss Fight, comes along, Hal and Kayla are pitted against one another, only to discover that by attempting to harm each other, they only harm themselves instead. At one point, it would appear that Hal has the upper hand, but as Kayla falls into a nearby pool, Hal’s wife ends his life, thereby ending the game. Unfortunately, this means that Kayla somehow survived the game, and as the creator of the game appears, he asks who will be cursed next. Kayla makes it clear that only those who deserve it should be punished.

All in all, this movie is easy to watch.

At the end of the day, this wasn’t bound to be a blockbuster, but it does feature a few very recognizable stars, and the story is easy to watch. In terms of horror movies, it is a little easier for a lot of people to relate to, especially considering that it doesn’t see things from the vantage point of the super-rich.