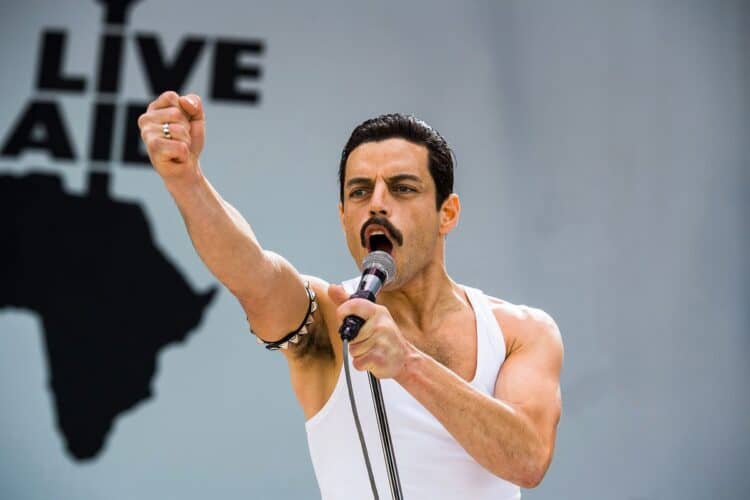 There appears to be a serious misconception when it comes to some movies and how they alter the story upon which they’re based. One thing is true: fans love a good story. But one of the many things that change over time is how fans will react to a biographical story that is based around and on true events that occur throughout history. The tale of the band known as Queen, as displayed in Bohemian Rhapsody, is one of those that people were bound to be insanely sensitive about since Queen has enjoyed a loyal fanbase for quite some time now. The fact that this 2018 movie might have gotten a few things wrong and altered a few facts isn’t surprising in the least since the idea is to make a story more cinematic and to keep people interested. There are times when the actual history that has been written and documented isn’t the type of story that a director wants to tell, and as a result, they end up doing their own thing to get people into the theater.

It’s not dishonest really, since the idea is that the movie is based upon a true story, not that it IS the true story. Sure, seeing things changed and somehow altered to fit the narrative that’s being pushed can be a bit irritating, but it’s meant to tell a popular story in a manner that isn’t entirely realistic but is close enough to reality that people will either recall their own experience if they were there or were alive in that era and witnessed it in some way or can simply believe that there is some truth within the fantasy. The story of Queen, and Freddie Mercury, aka Farrokh Balsara, is one that a lot of people have been interested in for decades, especially since there was more going on behind the scenes apparently.

For the sake of the movie it was necessary to compress a great deal of information since unless one is making a series, there are a lot of occurrences that take place in real life that take months to years to develop. From Freddie’s humble beginnings to the opulent lifestyle he took on, there was obviously a lot more to it and there were twists and turns in his life that the movie might have hinted at but didn’t depict for the sake of running time, as well as the direction that the story was being taken in. While a great number of facts were kept more or less as they happened, the realization that many fans might have failed to come to is that this was a story based on the true events and facts that were taken from the life of Freddie Mercury and the band, and those believing that it was bound to be nothing save the truth might have lifted their expectations a little too high. It’s entirely possible to capture the high points of a lifetime in a single movie, but capturing everything that goes with it simply isn’t possible, especially since it would mean creating a running series rather than a single blockbuster that’s intended to reach the audience on a grander, more impressive level than a series might.

As impressive as Queen’s rise was, one has to remember that making a movie is about capturing the attention of the audience for a finite amount of time. The director and the cast have a couple of hours in which to convey the overall feeling of how the person, or people, being displayed touched the lives of others and changed things in a big way when it comes to their selected field of expertise. Trying to encapsulate Queen in one movie, meaning trying to take everything they did and said over the years, and put it into one big bang that will inspire and thrill the audience isn’t the easiest thing in the world, especially since in the history of movies that are based on true stories, only a few have ever managed to accomplish such a feat. It’s a valiant effort to be sure, but unless fans are willing to put down their insane expectations and simply enjoy the story they’re being given, then there’s no way that everyone is going to ever agree that a biographical movie is ever going to hit the nail on the head.

Some movies in this genre have indeed gone on to enjoy a great deal of fame, but it happens to be because while people know the truth behind the glam, they also enjoy the story and don’t seek to point out the iniquities with as much glee. The best thing to think about is that Queen helped to change the landscape of music in a big way during their time, and remembering that is a worthy endeavor.