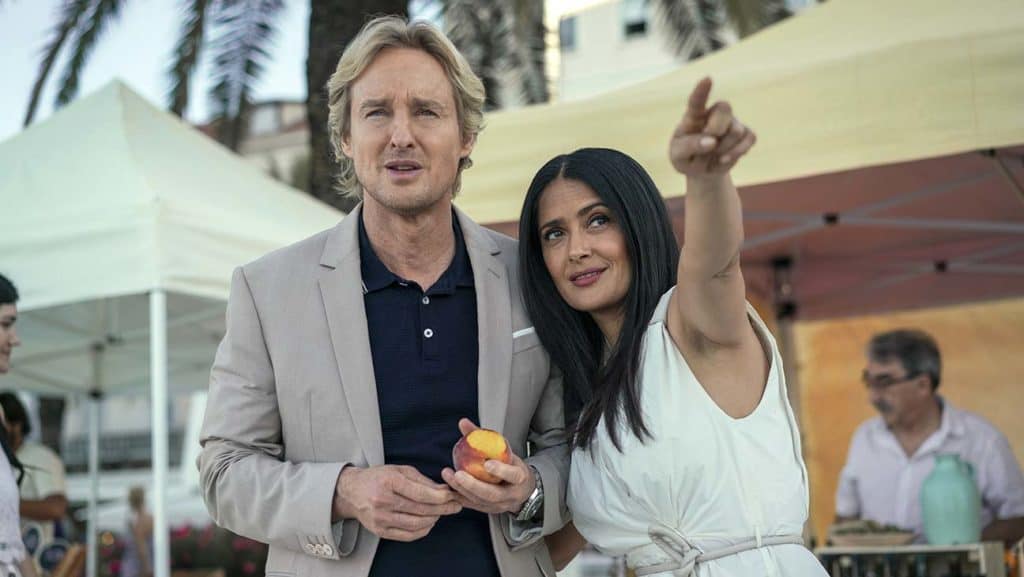 Any story that deals with the mind is bound to screw with the perceptions of those watching it since like it or not, we want things to be real, or we want to believe they’re an illusion, and sometimes we get confused about which is which. Greg Wittle is a guy with problems, that much is evident when the movie starts up, since he has to snort a pill or two just to get through his day so that he won’t be overwhelmed, and he spends a good part of his day drawing and fantasizing about places that he sees vividly in his mind. The truth is that Greg’s not a bad person, but he’s obviously not the most focused person in the world either. Working at a call center, no offense to those that do is often portrayed as a bland and extremely boring job that would test the mental and psychological reserves of pretty much anyone, and the constant demands for Greg to walk across the office to see his boss, only to get fired, feels it sets the pace for movie.

When Greg gets fired from his job and accidentally kills his boss, yes I know how that sounds, he panics and covers it up by propping his boss up against the nearby window and covering him with a curtain, which works apparently. Not long after he meets Isabel in a nearby bar, and quickly finds out that she’s the kind of devil may care individual that he’s not used to dealing with. But she’s also quite liberating in a way since she does what she wants and not what people might expect. When she does her best to explain to Greg that the world they’re in is not real, that it’s a simulation, Greg has a hard time believing this, as would anyone since we don’t want to believe we’re living in a Matrix-type world, nor does anyone want to believe that they’re not real, or that those around them aren’t real. For Greg, the sticking point is his daughter Emily, who he promised to watch graduate, but ends up missing since he begins spending so much time with Isabel.

Emily continues to serve as a grounding point even when Isabel continues to tell Greg she’s not real, and that the simulation will mess with his head if he lets it. At this point however it’s kind of obvious that Greg isn’t buying into the idea that the world he knows is a simulation, especially since his daughter is his one major grounding point. When Isabel convinces him to snort several blue crystals however Greg ‘wakes up’ in a world that’s much nicer than the one he had been experiencing, and is far more prosperous. Not only that but he and Isabel are a couple and are living in the dream home that is revealed to be their home, meaning that his constant drawing has been a way to remember his home and Isabel. It’s enough to make a person wonder what’s real and what is being brought on by a massive hallucination. But Emily, his daughter, continues to show up in a ghostly form, though only Greg can see her.

In terms of being a fantasy movie, Bliss raises a lot of questions about humanity and what we want, what we expect, and what we’re willing to believe when it comes to true happiness and satisfaction. The world that Greg and Isabel go back to is clean, kept up, and idealistic in a big way, but the world of the simulation is filthy, dirty, and on the verge of collapse in a few ways. Despite that, Greg, who appears to have been slightly dissatisfied with the ideal world according to a previous interview that Isabel shows to a group of scholars, is now in awe of the same world, as he doesn’t remember everything any longer. But things begin to break down, as they tend to do in movies such as this, when elements of the simulation start to show through in the world that Greg and Isabel have come to enjoy, and the image Emily comes to Greg once again, stating that he has to decide which world he wants to live in.

When Greg and Isabel make their way back into the simulation in search of more blue crystals that will allow them to end the simulation and exit properly, Isabel starts to go off the rails a bit and kills a bartender, takes a man’s car after pepper-spraying him in the face, and then going so far as to shoot her contact and take the crystals, only to find out there aren’t enough. After a quick and impassioned speech, Greg decides to stay in the simulation, while Isabel gives him time to get away, as they’re both being sought by the cops for the murder of Isabel’s fellow scientist, the man with the crystals. Eventually, Greg finds a rehab center and convinces himself that Emily is really his daughter, which culminates in Greg meeting up with his daughter later on as the credits begin to roll.