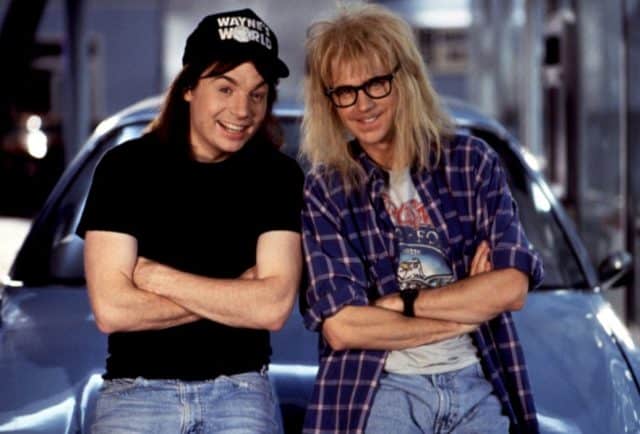 Wayne’s World started out as a sketch on Saturday Night Live. When it made its way to the movie screen, it became a huge success, seeing as how it earned more than $180 million on a $20 million budget. As a result, there are a fair number of scenes from Wayne’s World that have managed to become lodged in the pop cultural landscape, though there can be no doubt about the fact that the most memorable scene is the one in which Wayne Campbell and Garth Algar rocked out to Queen’s “Bohemian Rhapsody.”

Why Did Mike Myers and Dana Carvey Hate the Scene So Much?

With that said, it is interesting to note that while the “Bohemian Rhapsody” scene has managed to become the most memorable part of the movie, both Mike Myers and Dana Carvey hated shooting the scene. In main, this seems to have been because both Myers and Carvey found so much head-banging to be unpleasant, so much so that Myers demanded an Advil for the headache that he got out of the experience. However, the whole thing seems to have been aggravated because neither Myers nor Carvey believed that the viewers would find the scene to be funny, though considering how it has been received ever since Wayne’s World was released, it seems to safe to say that the two were wrong about that one. In other words, the director Penelope Spheeris’s choice to shoot the scene in spite of the complaints seems to have paid off in the long run.

What Happened Because of the Scene?

Unfortunately, the relationship between Mike Myers and Penelope Spheeris does not seem to have been a pleasant one, with the struggle over the “Bohemian Rhapsody” scene being an excellent example of the tensions between them. In Spheeris’s recollection, Myers was difficult to work with, but managed to become even more difficult to work with as production on the movie made progress. She made some attempt to assuage the worst of his complaints, such as getting her daughter to provide him with snacks. However, the two clash on the final editing of the movie as well, with the result that Myers actually got her removed from the position of director when the time came for Wayne’s World 2 to be made.

However, it is interesting to note that Spheeris does not seem to hold a grudge against Myers for what happened from their tumultuous relationship. She has stated that this is because she forgave him after watching Austin Powers, which remains one of Myers’s best-known movies. However, there are some other potential explanations for her current feelings about the matter as well. For example, whatever else that can be said about Wayne’s World, there can be no doubt about the fact that it was one of the highlights of her long career. Furthermore, it should be mentioned that while Wayne’s World 2 received twice its budget, it managed to make a little more than $48 million at the box office, meaning that it might have been better for Spheeris to have remained separate from said project. Regardless of the exact feelings and motivations of the main participants in this particular incident, it is nonetheless interesting for people to learn that there was so much drama involved in the making of one of the pop cultural landscape’s most iconic movie moments.