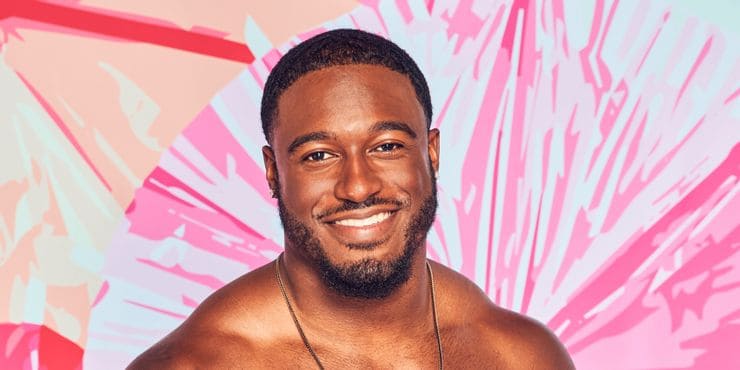 Melvin Holland Jr. is young, handsome, and single. The combination of those three things makes him the perfect person to be a cast member of the reality dating series Love Island USA. On the show, Melvin will be stuck on an island with 11 other people. During that time, his goal is to couple up with whichever woman he becomes interested in and do whatever he can to make it all the way to the final episode. If he makes it to the end, he stands a chance of winning a $100,000 prize that he can either keep for himself or split with his partner. The competition is definitely going to get intense, but he is more than ready for it.  Here are 10 things you didn’t know about Melvin Holland Jr.

Melvin currently lives in Virginia, and it appears that he has lived there for most of his life. However, he was actually born in Tallahassee, Florida. Despite being the capital of the state, Tallahassee isn’t one of the most popular cities in Florida. It’s unclear of Melvin still has any family there.

2. He Has A Master’s Degree

Education is something that has always been important to Melvin and he has worked hard to make sure that he did his best in school. He earned a bachelor’s degree in business administration from the University of Minnesota – Twin Cities. He then went on to earn a master’s degree in strategic business leadership from Texas Technological University.

When Melvin was in college, his education wasn’t the only thing he was focused on. He was also a very dedicated student-athlete. Melvin played football for three years at the University of Minnesota (he redshirted one year). He used his final year of eligibility to play in graduate school.

Any time Melvin steps out, you can bet that he’s doing to be looking his best. Melvin loves fashion and he has a great eye. He knows how to put the perfect outfit together for any occasion and fashion is a great way for him to express himself. He won’t have to worry too much about clothes while he’s on Love Island, though.

Since getting his master’s degree in 2018, Melvin has decided to put his business training to good use by starting a business of his own. He is the co-founder of a company called The Tough Fitness. According to the business’ website, “We created ToughFIT to share knowledge about the importance of Fitness in one’s everyday life. Fitness consists of many aspects and our goal is to educate while applying this knowledge to each of our clients personal lives.”

Greek letter organizations have been an important part of the Black American community for well over a century, and Melvin is proud to be a part of it. He is a member of Kappa Alpha Psi Fraternity Inc. The organization was founded at Indiana University in 1911.

Working with The Tough Fitness isn’t the only thing Melvin does. According to his LinkedIn profile, he has also been a bartender at Bowlero for a little more than two years. If anyone needs a drink made on Love Island, Melvin is probably the perfect person to ask.

8. His Father Supports Him Being On Reality TV

There are lots of parents out there who wouldn’t be too happy if their child came home and announced they planned on doing reality TV. However, Melvin’s father, Melvin Sr., is very proud of his son. Although Melvin Sr. doesn’t tweet often, he has already posted several tweets about his son being on Love Island. Melvin Jr.’s Instagram account also makes it clear that the two have a very close relationship.

Melvin may have agreed to do a reality TV show, but that doesn’t mean that he wants to share everything about his personal life with the world. For the most part, he seems to be a very private person and he doesn’t like to put too much of his business out there.

10. Love Island Is His First Show

We weren’t able to find any information on exactly how Melvin got involved with Love Island, but what we do know is that it’s his first time doing a reality TV show – or any show for that matter. Now that he’s gotten a taste of what it’s like to be in front of the camera, he may decide that he wants to do it again.