Home
Television
Meet The Cast Of “Love And Death” 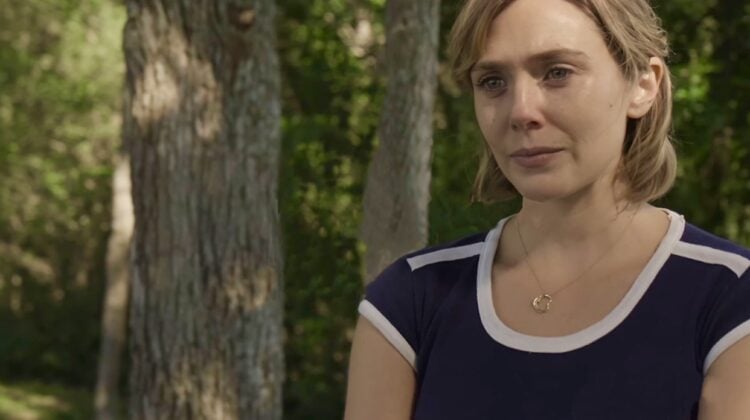 A new miniseries from the creative mind of David E. Kelley is set to premiere on HBO this year. Titled Love and Death, the show is written by Kelley, who is best known for his work on shows like Doogie Howser, M.D., Picket Fences, Chicago Hope, The Practice, Ally McBeal, Boston Public, Boston Legal, Harry’s Law, Goliath, Big Little Lies, Mr. Mercedes, Big Sky, and Nine Perfect Strangers. The show is directed by Lesli Linka Glatter, who previously worked on the hit drama series Homeland. Here’s a description of the plot of the show, according to MovieWeb: “The miniseries will be set in the early 1980s and follows the beautiful and serene life of a couple who are local church attendees in Wylie, Texas. However, life turns completely upside down for them when Candy Montgomery murders her friend Betty Gore by striking her with a wood-splitting ax.” The show is set to feature an impressive list of cast members, including one who had just received an Academy Award nomination. If you want to learn more about the who’s-who of this much-anticipated series, read ahead. Here are the cast members of the upcoming TV series Love and Death.

Elizabeth Olsen is starring in Love And Death as Candy Montgomery. Olsen is best known for her roles as Wanda Maximoff/Scarlet Witch in the Marvel Cinematic Universe and as Martha Marcy May Marlene in the 2011 film of the same name. Olsen was born and raised in Sherman Oaks, California. She is the younger sister of twins Mary-Kate and Ashley Olsen, who became famous as television and film stars at an early age. Olsen began acting at a very young age with appearances in her sisters’ films. She graduated from Campbell Hall School in North Hollywood in 2004, and went on to study acting at New York University’s Tisch School of the Arts. After graduating from NYU in 2008, Olsen began working in independent films and had supporting roles in such films as Silent House and Liberal Arts . She gained wider recognition for her role as Martha Marcy May Marlene, for which she was nominated for the Critics’ Choice Movie Award for Best Breakthrough Performer. She has since appeared in such films as Godzilla, Avengers: Age of Ultron, Captain America, and most recently Doctor Strange: Multiverse of Madness.

Jesse Plemons has been tapped to play Allan Gore in the upcoming TV series Love and Death. Jesse Plemons is an actor known for his roles in Breaking Bad, Black Mirror, and The Power of the Dog. He was born in Dallas, Texas, in 1988. Plemons began his acting career as a child, appearing in local theater productions. He made his film debut in the 1998 comedy Finding North. After appearing in a number of supporting roles, Plemons landed the role of Todd Alquist in Breaking Bad. The show was a critical and commercial success, and Plemons’s performance earned him praise from critics. Following the end of Breaking Bad, Plemons starred in the film The Power of the Dog. He has also appeared in episodes of Black Mirror and Friday Night Lights. Plemons is married to actress Kirsten Dunst. They have one child together.

Patrick Fugit is an American actor, known for his roles in the films Almost Famous, White Oleander, Saved!, and Wristcutters. Fugit was born in Salt Lake City, Utah, and began his acting career in community theater at the age of ii. He made his film debut in the film Almost Famous. Fugit’s breakout role came in the form of William Miller, a teenage journalist touring with a rock band in Cameron Crowe’s Almost Famous (2000). The film was a critical and commercial success, earning Fugit nominations for several industry awards. Since then, he has appeared in a number of films and television series, including White Oleander (2002), Saved! (2004), and Wristcutters: A Love Story (2006).

Lily Rabe will be playing Betty Gore in the upcoming series Love and Death. Rabe is an American actress best known for her work on the FX horror anthology series American Horror Story. She has appeared in all but one season of the show, playing a wide range of characters including Sister Mary Eunice, Misty Day, and Aileen Wuornos. Rabe has also had significant roles in the films All Good Things and No Reservations. On stage, she is perhaps best known for her Tony-nominated performance as Portia in The Merchant of Venice. Rabe was born in New York City in 1982 to creatives David Rabe and Jill Clayburgh. After graduating from Northwestern University, Rabe made her Off-Broadway debut in Miss Julie. She has since gone on to appear in numerous Broadway and Off-Broadway productions. In addition to her work on American Horror Story, Rabe has also starred in the shows The Whispers and Most Dangerous Game.

Keir Gilchrist has been tapped to play Ron Adams in the upcoming TV series Love and Death. Gilchrist is a Canadian actor known for his roles on the Showtime comedy-drama United States of Tara and the Netflix series Atypical. He gained wider recognition for his role as Marshall Gregson on United States of Tara. More recently, Gilchrist has starred as Sam Gardner on the Netflix series Atypical, a role for which he has received critical acclaim. He talked with The Italian Reve about the show’s impact on discussions about mental health, saying: “It’s really important and I think that for way too long now, it’s been kind of the elephant in the room to me, and growing up it’s gone a lot better, but it definitely wasn’t something we talked about openly about amongst my friends. What’s great about television, film, music, whatever is it, it can bring this discussion and help get it out in the open. Something I hear a lot because people come up to me and say it, is, “Oh, I thought I understood my kid’s autism or nephew” or whoever it is in their family or friends of theirs, and then they feel that after watching the show they have a much better understanding and that of course than hopefully encourages them to even do more research and try to really understand the people around them.” In addition to his work in television, Gilchrist has also appeared in the films It Follows and The Babysitter.