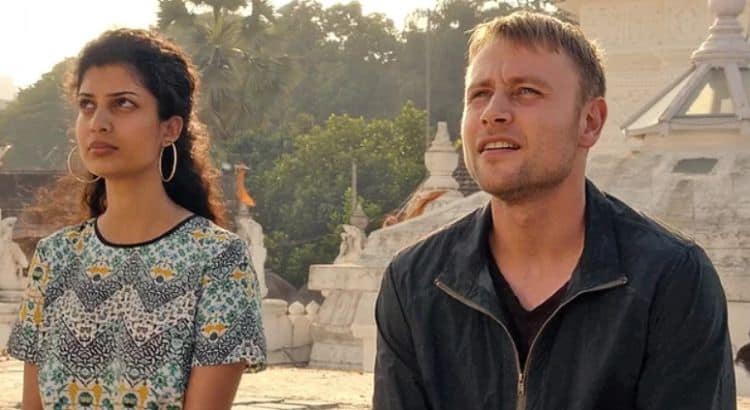 The thing about actors from other countries is that we in America don’t always get to know them. They might be the most famous of the most famous in their own country, but we tend to focus our lives into such a bubble over here that we don’t have a chance to get to know the other actors in the world. The Brad Pitts of other countries, per se. It’s only because of streaming services such as Netflix and the like that we are seeing that change. We are getting to see men and women from other countries in shows that we might not watch without services like these, and that is part of the reason that we have gotten to know the talented Max Riemelt. He’s not from America, but he’s made a name for himself here thanks to Netflix. Who is he?

We don’t see him nearly as often as others do because he is from Germany. He is a born and raised German who got his start in his own country and did most of his work in Germany before Americans got to know him from his role in the Netflix series “Sense8,” among other roles. He was born in East Berlin, which is located in East Germany.

He might not be the youngest actor on the block, but he is younger than his fans realize. He holds himself in a manner that makes him appear to be older than he is – which has nothing to do with his physical appearance so much as it does the way he carries himself and behaves. He was born on January 7, 1984, which means he’s only about to turn 38 in 2022.

3. He is Very Famous

We know him better now than we did a few years back, but we have no idea just how famous he is. He might not be a household name in America for anyone other than those who are familiar with his work. However, he is a household name – and has been for many years – in Germany.

4. He’s Been Working a Long Time

We told you he’s famous, and that is because he began acting when he was only 13. He took on a role that he didn’t know how he’d handle. He handled it well, and he showed the industry that he has what it takes for him to continue to work as an actor and a man who knows how to handle life with such ease. He’s been able to continue working for well over two decades as a result.

The one thing that he is passionate about and gives his time, money, and his dedication to outside of his family and his work is his desire to see equality across the board. He wants to see all people, all men, and all women treated equally, and he does what he can to support that and to make that his mission in life.

While he is a man who chooses not to share too much about his personal life with the world, he has shared the fact that he is a loving and capable father. He has a daughter, and he likes to do what he can to keep her out of the press and away from the spotlight when he can.

Max Reimelt is not a man who cares to spend his time in the spotlight. He loves what he does, but he also prefers to keep his life as private as possible. It’s a nice thing for him, and we are all here for it. Keeping your private life to yourself when you are in the spotlight all the time is a situation that works well for everyone.

He’s a hard worker, and he does what it takes to make each character come to life. He doesn’t look at a character and just give it a little. He gives them each a lot, and he makes them come to life in a way that not many actors can perfect.

10. He Has a Great Reputation

With the people he knows and the people he works with, he is a man who has a great reputation with those around him. He works hard, he does his best, and he makes things happen. His costars and his friends always have nice things to say about him, and those are the most important things.