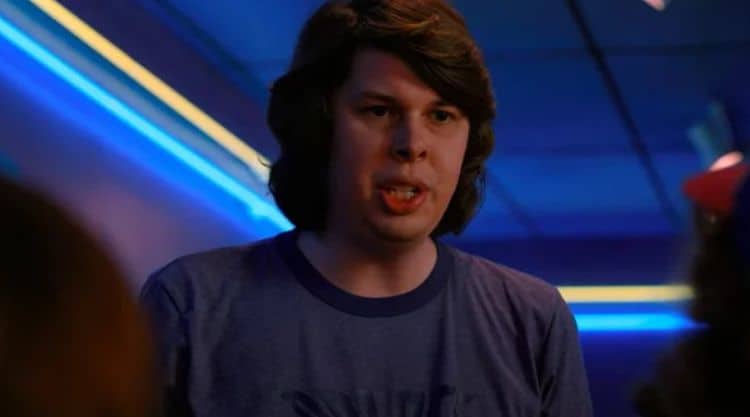 Matty Cardarople has been acting professionally for more than a decade, and he has become a fixture in the entertainment industry during that time. He has built a solid resume that now includes more than 60 credits, and he has been fortunate to be part of a wide variety of projects. Although he’s known for playing roles that are on the more light-hearted side, Matty can truly do a little bit of everything. He currently has several projects in the works that are going to further cement his place in the business. If you haven’t seen any of Matty’s work, he’s someone you’ll definitely want to check out. Continue reading to learn 10 things you didn’t know about Matty Cardarople.

New Hampshire is one of those states that is easy to forget about if you’re not from there, but for Matty, it’s the place he called home for much of his life. He was born and raised in Exeter and he is very proud of where he’s from. Occasionally, he still returns to his hometown to visit his old school and speak to students.

Acting is Matty’s main focus, but he isn’t the type of person who is cool with being boxed in to doing just one thing. He likes to explore all areas of his creativity, and writing is part of that. He is a talented poet and he self-published his first poetry collection called Space Cadet in 2017.

Connecting with his fans is very important to Matty. He has an account on Cameo where he sells personalized video shoutouts to his fans. Unfortunately, however, he isn’t accepting any new orders at the moment. Those who would like a video can sign up to be notified when he’s back in action.

4. He Used To Work For Luke Wilson

After graduating from New York Film Academy he got his first taste of the entertainment industry when he was hired to be Luke Wilson’s personal assistant. During an interview with Pop Culture, Matty said, “I traveled around with Luke for a couple of years and learned the ropes. I got used to what it was like being on set. He also helped put me in a film with Jessica Simpson called Blonde Ambition. His brother, Owen [Wilson], got me an audition for Drillbit Taylor. They were generous and super cool for doing that.”

5. He Has Behind The Scenes Experience

Being in front of the camera is what has gotten Matty the most attention, but he is interested in all areas of the production process. He has a wide variety of behind-the-scenes experience including writing, directing, and producing. There’s no doubt he will do even more work behind the camera.

6. He Loves Helping Others

Matty has made it a point to use his platform as a way to help make the world a better place. He has collaborated with several charity organizations including the Born This Way Foundation and the Make-A-Wish Foundation. Matty is also passionate about causes relating to animals.

7. Jim Carrey Inspired Him To Get Into Acting

Like lots of other entertainers, Matty can remember one of the first moments where he realized he wanted to get into acting. Matty told Unclear Magazine, “When I saw Jim Carrey act in Ace Ventura he inspired me to make people laugh. I was a sad kid growing because of my parents’ divorce and I didn’t get into Little League baseball. Jim helped me forget about my worries and relax.”

If you ask 100  actors why they love acting, you’ll probably get 100 different answers. For Matty, the reason is quite simple. He loves making people laugh and bringing joy to his viewers. Knowing that he can make a genuine positive difference in people’s lives is one of the things that keeps him going.

Matty’s professional acting jobs aren’t the only time he likes to be in front of the camera. He’s also become pretty popular on social media for his content creation skills. Being online has given him another way to let his creativity shine. Matty has more than 770,000 followers on TikTok and his content has gotten nearly 8 million likes.

While some of us are out here in the world trying to find just one thing we’re good at and/or like to do, Matty has been fortunate to find several. On top of acting and writing, drawing is also something that Matty enjoys. Unfortunately, we weren’t able to find any of his work.