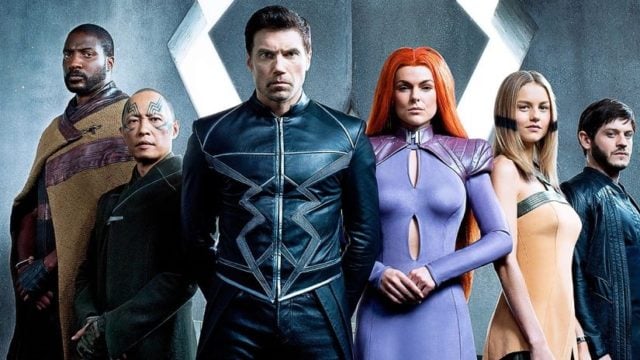 “Marvel’s Inhumans” had one of the worst starts of any Marvel TV show in history, but regardless of what the critics may say, there is no need to give up on it just yet. While critics slammed virtually everything about this series, there were a few things that shined through the reviews and made many believe there was more to the show than what first met the eye.  Such as:

“Inhumans” and “Agents of SHIELD” Were On Par

One fact that many people didn’t realize was that the ratings for both of the shows were on par. In fact, the ratings from the “Inhumans” show and season 4 premiere of “Agents of SHIELD” were the same.  Remember, sometimes these shows take time.  Anyone recall how much Gotham was getting reamed in its first season?  Now people are obsessed with the FOX hit.   Inhumans could very well be experiencing similar growing pains.

The Biggest Mistake: The IMAX Premier

One of the biggest mistakes made by the “Inhumans” premier was that the first two episodes were shown in IMAX. This turned many TV viewers away from the entire series simply because it wasn’t something they could view at home. Even if people tuned into the show after the initial two episodes, many didn’t give it the chance it really deserved, further extending the negative thoughts about it. However, even though the show was wrought with mistakes, the overall storyline is one that viewers seemed to enjoy. It focused on family and the struggles of such. There was also quite a bit of anticipation leading up to the sixth episode, but unfortunately, some fans found all the suspense really wasn’t worth it when they figured out what it was all about.

What Could have Been Done Differently?

While everyone has a different opinion about this, the fact is, “Inhumans” really needed a larger budget, more planning and other tweaks to make it a more successful endeavor. If you really think about it, the producers must have known there wasn’t too much to the story, since it began as a full motion picture and was then downgraded to a TV series that only lasted eight episodes. Just because the general consensus of the show was bad, it is still worth watching if you are a fan of the Marvel universe. You may find the familiarity of some characters pleasing and who knows, you may become a huge fan. Always give it a try before you pass your judgment based on what others say.