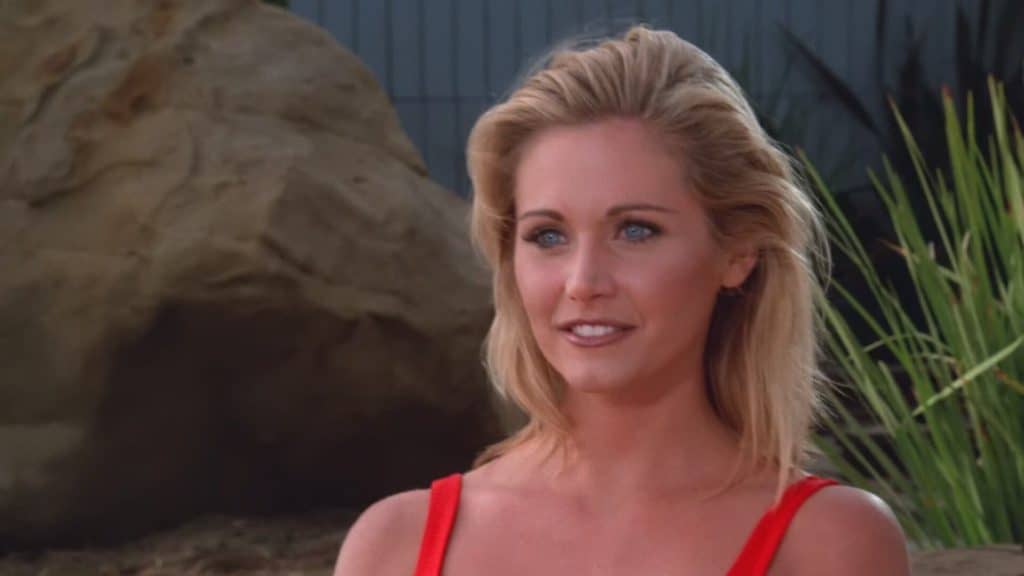 It does feel as though there are plenty of people who will speak up for Neely since eventually, she did become a positive and helpful character on Baywatch. But before that happened she wasn’t above using her looks to manipulate people, nor was she beyond being petty and kind of a drain on those around her since she could be cruel, conniving, and incredibly selfish at times. Some would say that this didn’t affect anything, but the fact that the character was a lifeguard could have been allowed to affect the story in many different ways since people need to be able to trust one another when it comes to a job such as this, and if a person can’t trust who they’re working with when off work, there’s bound to be a serious lack of confidence when they’re on the job. Again, that could be argued since Neely proved to be a competent and skilled lifeguard, but for much of her time on the show initially, she proved to be kind of a pain in the backside considering that she didn’t see any reason to be a decent human being to others unless it would get her what she wanted.

One thing about Baywatch is that everyone had a dark side to their nature or issues that they didn’t always see resolved, and yet for the most part the show went on without any seriously negative characters that fans would come to absolutely hate since there was always a chance at redemption. There were characters who were more popular than others for one reason or another, but again and again, this show managed to seek some way to keep their most visible characters from being regarded as villains that might have earned the permanent designation of ‘worst character’. Neely wasn’t quite that bad, but on a show that featured so many different people, she was definitely one of the worst.

Calling out the best and the worst on this show isn’t exactly easy given that a lot of fans had their favorites and it’s difficult to say that there were any characters who could really be called a recurring villain. In all honesty, the villain in the most recent Baywatch movie lasted longer than a lot of negative influences on the show. Neely was often treated like she belonged no matter that she was kind of rotten at times and didn’t really get along with everyone early on when she was first included on the show. But a lot of people would cite that people can change and that eventually, Neely did put her less desirable traits behind her for the most part. That’s all well and good, and moving forward while forgiving people is usually a good idea, but at the same time, one has to remind themselves and others of how a character got to be where they ended up. It’s not so much looking into the past as it is reviewing the history that led to the current moment at times, especially when it comes to remembering how a person arrived at their final place in any show.

Going too hard on Neely isn’t the goal, it’s simply to remind everyone that at one point she was one of the worst characters on the show since her ability to manipulate others was great enough that it became a serious detriment to her character and to those around her. Manipulation is something that’s done on a regular basis and when needed to accomplish certain goals that might otherwise be left unfinished. But when used in a negative manner and for selfish reasons it becomes a serious problem to those that are being manipulated and those that depend on them since it can become a very harmful practice that can affect multiple people and others by extension. The fact that Neely was capable of doing this and more than willing to make it happen says a lot about her character in the beginning. However, she did change throughout her time on the show, which did indicate character development. But given that so many people on this show could be great and petty from time to time, it’s hard to really say that there was anyone that could fit the designation of ‘bad’ as has happened on other shows.

But in the spirit of picking one out of the many, Neely is the one person that was truly vindictive in her ways for a while, and she did manage to stand out as someone that was willing to do pretty much anything for a while to get what she wanted. But as it was seen during the course of her time on Baywatch, she did change. Her attitude coming into the show and through her early days however enough to mark her as one of the worst characters.