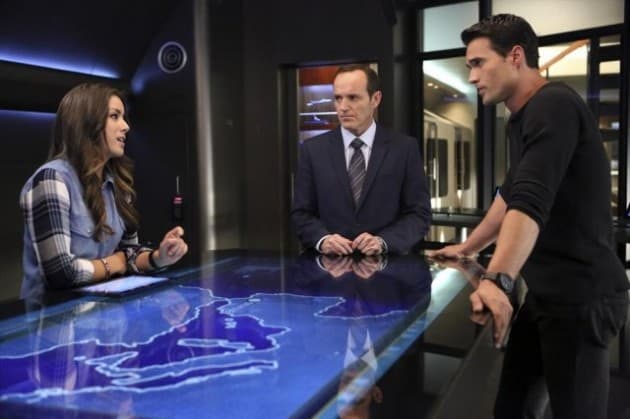 “The Well” had been marketed as the tie-in episode with Marvel’s Thor: The Dark World and while it did feature a basic clean-up after the events of the movie, it didn’t really tie-in that much to anything from the movie.
That may be the only nitpick that can be found in this episode because if one would look at this as a S.H.I.E.L.D. episode, it actually accomplished a lot for the series as a whole for its characters, especially Agent Grant Ward.

The Asgardian Berserker staff was a plot device that worked more than people would actually realize. While “The Well” didn’t perhaps feature a cameo or two, it was in the end a more of an Asgardian case episode which did work pretty well.
The episode featured the guest appearance of Peter MacNicol as Professor Elliot Randolph who was a very likeable character throughout the whole episode. The way they wrote him along with MacNicol’s performance was very entertaining and fitting with the tone of the show. There was a balance between jokes and seriousness.

The revelation that he was actually an Asgardian who had stayed on Earth all this time made his guest appearance more appreciating because it would have been a shame if they had just cast a fantastic actor as some normal professor. Hopefully this is a character that they will bring back at some point.

What the staff did to Ward when he touched was reminding of his worst memory and this is where Brett Dalton truly got to shine throughout the rest of the episode. So far his character has been the only one who hasn’t been developed that much. Having seen the potential that this actor could give to his character, it was nice to finally see him get to flesh out his character this week.

While there have been different reactions to the final scene between Ward and May, it was definitely a surprise to see that Ward went into her room. Now whether this is meant to believe that they are now trying to do a Ward/May hook-up remains to be seen, but it could most likely be that they just had a drink together after a difficult day.

After all, May also had to re-live a horrible memory by touching the staff, although according to her, she thinks about it every day. That was also something that they left as a teaser for future episodes as it’s known that Agent May has gone through something difficult in the past.

There is no denial that Ward and May work well together as fellow agents, now would it make sense for them to hook up? Maybe, but it wouldn’t a surprise if all they did was just having a drink together. Star Trek’s Jonathan Frakes did a fantastic directing with this episode that was written by Fringe, Alias writer Monica Breen who really gave the audience a better look into Ward. They also did an amazing job with making this episode feel a little comic book-y which was also the case with last week’s episode.

There was some good action in this episode with the Asgardian powered people and while they weren’t interesting as characters, it was nice to see human beings having contact with something from Asgard. One has to wonder though what will happen to that staff now that S.H.I.E.L.D. has it. It would be a twist if it came back to play a role again later this season.

The post-credit for this episode was perhaps the biggest one yet as the viewers saw that there is definitely something strange with the Tahiti scenario. It was pretty twisting when the girl said “it’s a magical place”, but in a very digital/robotic way.

Could this mean that the fans are perhaps now getting closer than expected to finding out about Coulson’s resurrection? It would perhaps be a bit too early if they actually reveal it in the mid-season finale in a few weeks. But it would be nice if they actually take a few steps forward just enough to get the fans to half-way there to the truth.

Overall, “The Well” was a strong episode that finally gave some development into Agent Ward and there were very few things to complain about with this episode in general. It was also Dalton’s best episode so far.

They introduced a character that has the potential to be a good part of this show, should they bring him back later this season While it would have been a blast if there had been a cameo by a certain God and his big hammer, the show is in the end not Avengers on TV and it’s about the agents of S.H.I.E.LD. 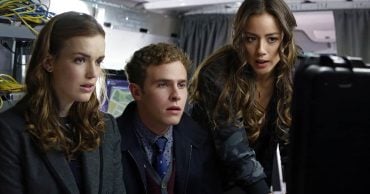 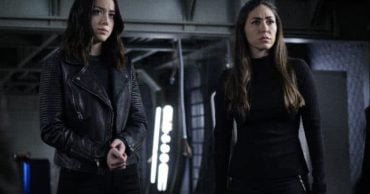 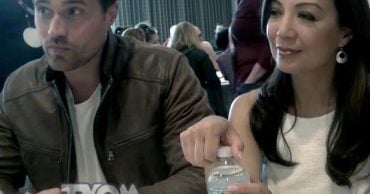 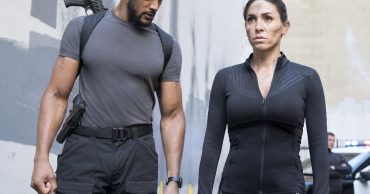 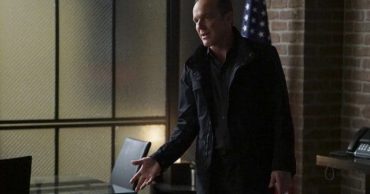 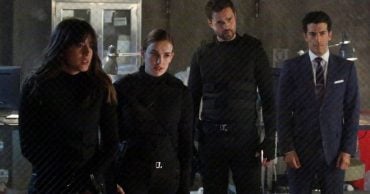