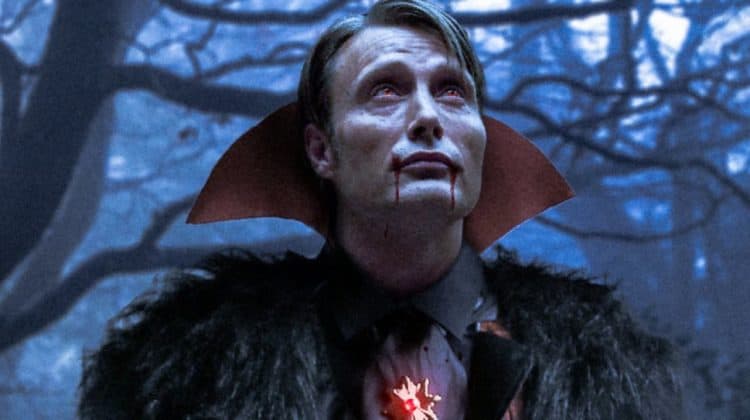 It would be kind of a shame if Mads Mikkelsen, one of the most convincing actors when it comes to being a villain, was never cast as one of the ultimate evils since he’s acted the part of a few bad guys that are absolutely horrible already. But casting him as Dracula wouldn’t just be a manner of getting him into the role of a bad guy again, it would be giving him a role that he would likely be well-suited for since thanks to his calm, poise, and ability to create a very cultured and refined villain, it’s likely that he might be one of the best to ever take on the role. When you look at who has portrayed Dracula over the many years, from Bela Lugosi to Luke Evans, it’s very simple to see how some have mastered the act and some probably shouldn’t have been allowed near the role in the first place. The late, great Christopher Lee was one of the best to take on the role, while Gerard Butler might not have been the smartest choice. Many people that create Dracula movies depend on their main actor to be suave, sophisticated, and even have some sort of animal magnetism that can seduce people and put them under his sway. But whether the main vampire in a movie is male or female the one thing that sets Dracula apart from many other movie monsters is that the character is in many ways highly refined when compared to many others. Despite being a bloodsucker, Dracula is usually portrayed as a gentleman despite being rather ominous and even downright spooky.

What would be even better would be if Mads was allowed to put his own spin on the character and create a modern take on Dracula, something that’s been done before but is still fun to see since imagining what a creature that’s been alive for so long would think of the current era is usually pretty interesting. Vampires in the world of today might find it kind of easy to prey on certain people since the world is kind of a chaotic place and it’s very likely that a few missing people isn’t going to be seen as that big of a deal in a movie setting unless the vampire in question was taking high profile targets that would be missed. In some cities, preying on the homeless would be exceedingly simple since there are so many unfortunate individuals that are living on the streets and either have no one to care for them or aren’t about to be missed. It would be prime hunting grounds for a vampire, but of course, as it’s been seen in some vampire movies, there are bloodsuckers that are rather picky about whose blood they consume since apparently, it can taste different from person to person.

That’s a bit morbid really and disgusting and a little too late for Halloween, but it does feel that Mads would still make a perfect candidate since he’s already played the part of Dr. Hannibal Lecter and has the kind of acting chops that would make him one of the most believable individuals when taking on the Dracula mantel. For a couple of reasons, he’s entirely fit to play the villain since he is kind of an imposing character and does play the part of an antagonist well. He might also make a rather sympathetic Dracula kind of like Gary Oldman did in Bram Stoker’s Dracula years ago sine the story of Vlad the Impaler, as it’s been told in Hollywood, has taken him from being more than just a psychopath that would ram stakes through his victims and stick them in the ground. Dracula has actually been seen as someone that did what he had to do because he had no other choice but to save his people at any cost, but the legend has gone off on a few different tangents over the years and it’s safe to say that vampires have been given a horrible reputation since they subsist on the very fluid that people need in order to survive. Plus, in the last couple of decades, they’ve also been seen as both aristocrats and proper monsters that live for the carnage and dissent they can cause and aren’t above simple bloodletting when it comes to their prey. Vampires have for the most part become anything from a rampaging monster that lives to drink blood, to finely-tuned ladies and gentlemen that will gladly sip a rare vintage from a glass because they’re not animals. Mads would fall somewhere in the middle there since it’s hard to see him as an out of control berserker, but it’s very easy to see him as the polite and even courteous type that will explain why he’s about to drain your blood and make it sound perfectly reasonable.