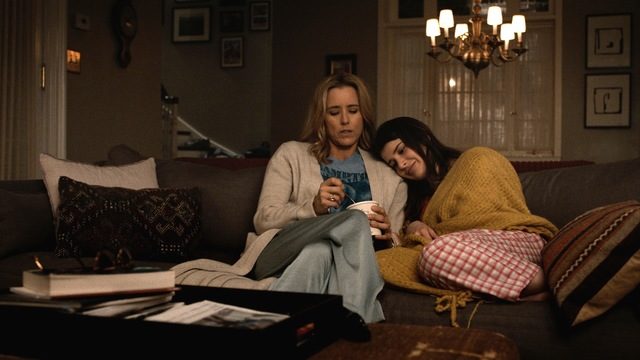 Elizabeth McCord’s motto is one crisis at a time. On tonight’s episode of Madam Secretary, however, she just might eat her words.

Trouble is brewing in Somalia when two rebel groups began shooting at each other. Add that to the food crisis in Sakkow (hope I spelled that right) and we got ourselves a dilemma. I sided with Elizabeth when she suggested going to Dito Pirosmani for help. He deals weapons to the rebel groups, therefore, making him the best candidate. It’s better than having an entire village full of people starve to death as their neighbors wage war on one another.

Meanwhile, Henry’s help in locating the VFF did not pay off. The religious cult has gone into hiding, and the lab in Oregon was a ruse to throw the FBI off of their scent. I applaud Mo for sticking to his gut and allowed Henry to help with the mission. That and the head agent for reinstating Henry. One can only hope that the cult can be stopped in time before they execute their plan to blow up the mosque in the Middle East.

In somewhat lighter news, Stevie and Alison McCord are anxious to find out about their college applications. Stevie did not get into Harvard Law, but she is going to plead her case without help from Russell Jackson. It’s rather touching to know that the White House Chief of Staff is willing to “storm the castle” for Stevie. Guess he does have a heart after all. The scene where Elizabeth came home and whacked Henry on the head with what I assume is the newspaper; it made me snicker. She thought that Henry knew of Stevie’s rejected application and didn’t think to tell her. I can only imagine her embarrassment when she realized that Stevie hadn’t told Henry about it.

Alison, on the other hand, is freaking out. She was determined to get into Rafferty that she even set a reminder alarm on her mother’s phone. I laughed out loud when Elizabeth’s phone started blaring a recording of Alison saying “Mom” over and over. Good thing that Dito over there didn’t give the Secretary of State a hard time or things would be very awkward.

Speaking of Dito, I can’t believe that he would ask for that billion dollar yacht as compensation for his troubles. Though technically speaking, he is sort of like a Bond villain. He’s certainly incapable of creating a social network from scratch (no offense). In the end, the arms dealer did not get the fancy boat (thank goodness), but he escaped the authorities once again. At least the American aide, Anis, is safe from further harm.

A small side note with regards to Alison. I agree with her final decision to not go to Rafferty. It’s no point going to a school where you’re not going to learn what you want to learn. That and it would be a huge waste of tuition money. Chase your dreams, young Alison!

Elizabeth handles a crisis in Somalia and worries over her two daughter’s college applications in this week’s episode of Madam Secretary.