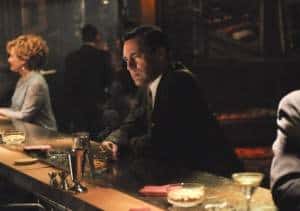 After two devastating back-to-back episodes it seemed like season 5 of Mad Men could end on a soul crushing note and even though there is a sea of melancholy in this hour, there is also an element of hope. Strong thematic concepts have been prevalent all season and “The Phantom” is probably the most overt example of this with characters spelling out reasons for their unhappiness, though this doesn’t overly diminish the quality of the episode nor of this excellent season as a whole.

Lane’s (Jared Harris) suicide last week was a truly shocking moment, not because a character death was unexpected but in the method and lingering shot of his body hanging on the back of the door. It is not surprising that Don (Jon Hamm) is seeing his half-brother Adam (Jay Paulson) around the office and while he is having dental work done and this spectre is one of the many phantoms that are being chased throughout this finale. Don claims he doesn’t want to be alone and that he needs Adam to stay with him, but is it Adam that he fears will leave him or is he a substitute for Megan (Jessica ParÃ©)? Don’s tooth problems could be a manifestation of all the stress/guilt from Lane’s death and he is relived both physically and mentally when the tooth (or root of the problem- boom, boom) is extracted. This is one of the more obvious and anvilicious points of the episode but it leads to the ambiguous scene of Don watching Megan’s show reel.

As he watches Megan’s face on the screen there is a wistful quality to his smile and it looks like he finally gets why Megan wants to be an actress and that he has to let her pursue this dream with his full support. This could also be a moment where he resigns himself to the fact that he is indeed alone and that everyone, whether it is Adam, Peggy (Elisabeth Moss) or Megan will eventually leave him. I was leaning towards the first option until the final sequence that showed Don with a somewhat bemused look on his face at Megan in her costume for the commercial and the fact that he walked out of the colorful set into a shadowy and empty sound stage and then straight to a bar. I was also going to congratulate Don on remaining faithful for the season (fever dream aside) until the last moment where he gets approached at the bar and asked “Are you alone?” This moment in itself is less than subtle it terms of the overall theme but as we don’t get to hear Don’s answer it also means that it can be read as ambiguous. Is this season a one-off in terms of Don’s fidelity? 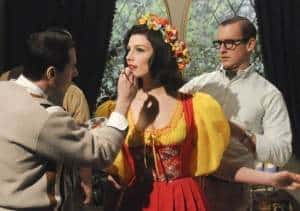 Megan hit rock bottom with regards to her acting dream and all the hope and pep that she has presented appears to have disappeared. It probably doesn’t help that her less than cheerful mother Marie (Julia Ormond) is currently staying and offers her little encouragement but a cup full of realism. We still don’t know if Megan is a good actress, but her mother clearly believes that she doesn’t have what it takes and she tells Don that ‘This is what happens when you have the artistic temperament but you are not an artist.’This really isn’t a ringing endorsement but could be a factor in Don taking a look at Megan’s reel and giving her his full support. We may not know what Megan’s acting is like but from a purely superficial perspective her reel looks incredible.

There is an element of those who dare to dream and those who settle in this finale with an array of different beliefs and results. Rebecca Pryce (Embeth Davidtz) admonishes Don for daring to let Lane have grand ambitions and clearly blames SCDP for Lane’s death. Joan (Christina Hendricks) believes that the firm can dream big and keeps on pushing for the second floor expansion as it becomes clear that the company is making money now and edging closer to success. Some of this money is from Lane’s insurance policy that gives them a whopping $175,000, though Don makes sure that he gives Rebecca the $50,000 that Lane put in. Is Rebecca correct in her anger towards Don and the firm when he visits with this check? This money now helps towards SCDP’s stability so they are directly benefiting from Lane’s death, a death that was prompted by a financial dispute. If Don went to see Rebecca to ease his feelings of guilt then it really did the opposite. 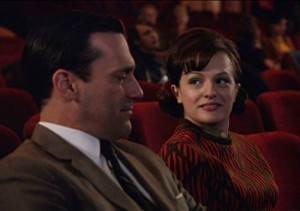 The idea of wish fulfilment is succinctly (and depressingly) summed up by Marie that “Not every little girl gets to do what she wants. The world can’t support that many ballerinas.” One person who defies this statement is Peggy who we thankfully got to see this week (yes I cheered when she appeared on screen) and is demonstrating a level of authority at her new firm that she would never have achieved while she was still working for Don. What was even better than seeing Peggy at work was seeing Peggy at the movies and Don running into her. I don’t know how they can work Peggy into the story with her working at another firm but this scene between Don and Peggy shows why she needs to be on Mad Men and it will be devastating if Peggy goes the way of Kinsey (Michael Gladis) and Sal (Bryan Batt). I personally think that Peggy is too important to the world of Mad Men to disappear and in this episode she really represented a hopeful aspect.

Pete (Vincent Kartheiser) is another character who is in a funk and seems to be chasing the impossible and his claim of having nothing still appears to be his major concern. Beth (Alexis Bledel) represents adventure and possibility but none of this is real either and even though he gets to sleep with her again outside of his fantasies, later on she doesn’t remember the encounter as she has undergone electroshock treatment. Pete does get to use his visit to her in the hospital as a therapy session as under the guise of a friend he outlines the root of his issues. While most of the audience might find it hard to sympathize with the most weasel-like of characters and Pete really has done some despicable things (particularly this season), I do find myself being a Pete apologist; from season 1 he has been striving for the ideal and when he gets that dream it isn’t what he thought it would be it’s a “temporary bandage on a permanent wound.” This speech to Beth is on the nose but Vincent Kartheiser really sells the melancholy of this moment, though it is a shame that Bledel isn’t equally as compelling.

-Even though Lane’s suicide is discussed it seemed like no one wanted to say his name throughout the episode and just referred to him as ‘he.’ There was also no discussion whether SCDP would remain SCDP and I’m not sure what the practice is in these scenarios with changing an established company name. 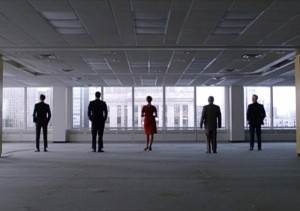 -Joan is the only one outwardly still asking why Lane killed himself and wonders if she could have done anything to stop it. This includes the idea that if she had slept with him then he might not have gone through with it and it’s kind of sad but not surprising that Joan thinks of her body in this way. Joan is showing she really is an asset beyond her body (something we knew already) to the partners and she is the one that propels the second floor acquisition forward. This shot of the partners in the empty office space was rather majestic.

-I’m sure that most viewers will be happy to see Pete get punched not once but twice this week, even if Howard is also rather despicable. This in itself was a nice memorial to Lane even if he didn’t get to have a proper one in the US.

-Another thing that Pete has been after is an apartment in New York and thanks to his ‘car crashes’ Trudy (Alison Brie) has come around to the idea. Is this what he really wants now though?

-One thing that does please Pete this week is that when he gets his new office he will have the same view as Don’s, something that he has been craving since season 1. Will he find the satisfaction that he believes he will in a simple view?

-The one scene with Ginsberg (Ben Feldman) was fantastic and I’d like to take this moment to lobby for more of this character next season please.

-One image that was not expected was a totally naked Roger who has lost the clarity that his LSD trip gave him earlier this season. Will this drug taking become a regular thing as he tries to reclaim those feelings? This is part of the end of episode montage that shows variations on the scale of a happy ending for these characters; Peggy gets to travel for her job but it’s not Paris and Pete gets to enjoy his huge sound system but only through headphones.

-If this episode had an album title it would be The Smashing Pumpkin’s “Melancholy and the Infinite Sadness.”

-Spin off idea: “Don and Peggy at the Movies.”

Mad Men is a hard show to have a snap judgement about and is one that I will continue to mull over for a few days after watching but I would say that this season has been an excellent one and the longer than normal wait was worth it. There were more theme based episodes this year but I don’t think the show suffered from this and even though the finale wasn’t as exceptional as some of the other offerings this year it ends the season on somewhat of a cliff-hanger and I can’t wait to see what happens when the show returns. 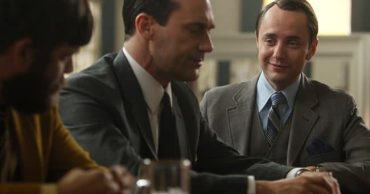 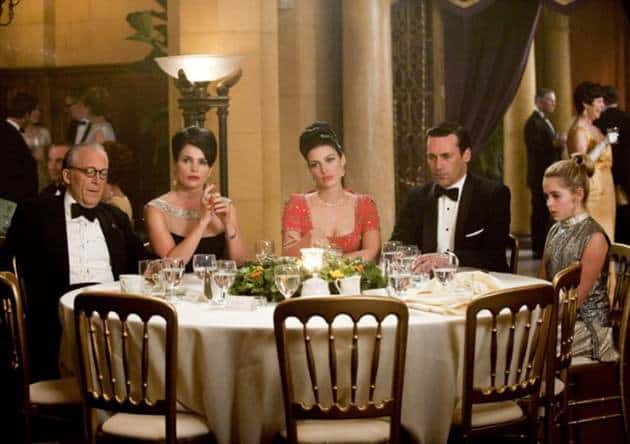 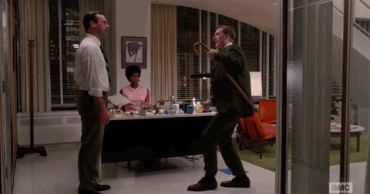 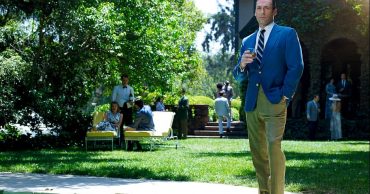 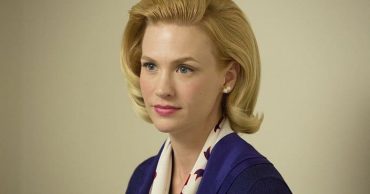 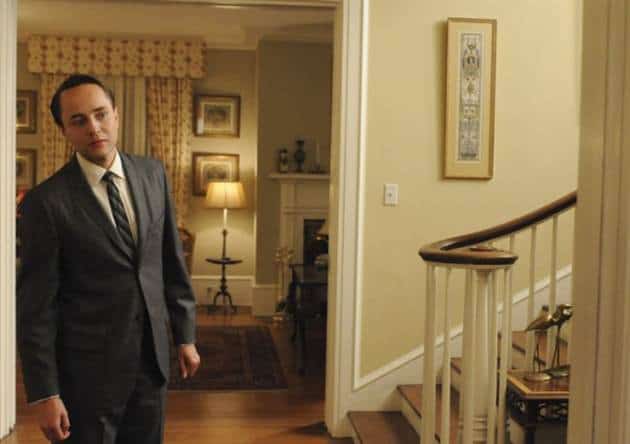