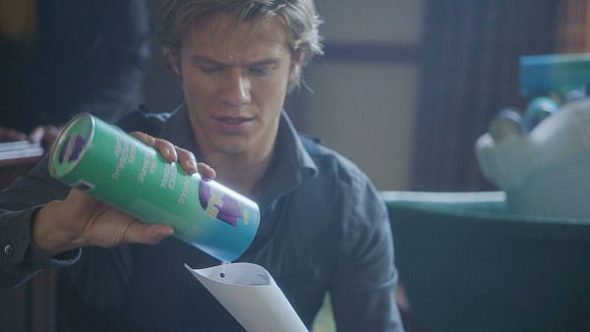 The second season of MacGyver hit the air with suspense and excitement, just like we all anticipated it would. You had to pay attention to the beginning or you won’t know what’s going on. The show packs so much into one episode, but that’s the way MacGyver fans like it. Smart and action packed. Here are the top five moments of the season so far.

The premiere episode began with a group of men playing cards in a country in the middle east. They are all taken by surprise when a masked woman crashes through the skylight above them and effectively sequesters the. She inspects an empty cell and when the prisoner she seeks is not there, she begins her interrogation to find out where they’ve moved him, but his name is not disclosed.

2. MacGyver is still working his magic

After a few moments in, the season opener takes us to Cuba where Jack and Mac are imprisoned and enduring a decent beatdown. They are in search of Murdock but this isn’t a popular thing to do. They want to know why the pair are looking for Murdock. When Jack laughs in their face, they hold a knife to Mac, but all Jack does is laugh. The interrogator doesn’t understand what is so funny until Jack takes him out with a headbutt. Mac doesn’t waste any time cutting himself loose. With the tables turned, they force their jailor to disclose the last location Murdock was seen.

3. Another assignment from Matty

Matty calls Jack and Mac in to Phoenix where they are introduced former Australian Agent Samantha Cage. She was reassigned with a specialty in intelligence. She explains that she assigned a SEAL team on a mission in the Middle East and that Lt. JG Samuel Diaz was left behind. It was initially thought that he was killed in action but recent information surfaced that indicates otherwise. He is currently being held for $5 million in ransom. The government considers it a hoax but Samantha believes otherwise and asked Matty to help her investigate. It has to be done off the record and Mac and Jack agree to assist. They fly to the Middle East and if you known Jack’s history, he’s not fond of Cairo or any place in Egypt for that matter. After arriving, Mac and Jack hitch a ride past a government checkpoint in Istanbul in the back of a farmer’s truck under the hay. Wilt and Riley are overhead in a command jet.

It’s not clear why Samantha is going to all this trouble when it could be a hoax. Even though the Lt. had helped her when she first joined the CIA, it’s a lot of trouble and danger without any substantial proof that he’s still alive. Mac hotwires an abandoned car and gets it running when a hummer drives up. Jack and Mac act like they are Sam’s prisoners and she tells the soldiers in the hummer that she caught the two trying to steal her car. She tells them that there are more Americans in a nearby building and they leave to find them. The team arrives at the place where they had tracked the terrorists demanding the ransom to. Each terrorist has been shot to death. They discover a hidden room where a prisoner was recently held. They find a clue that the Lt. had been there. This was one of the more intriguing moments of the episode.

The abductors are tracked by Riley to a place near Istanbul which is a fortress. The team is on the street looking for a way in. They buy a ball off some kids on the street and put a cell phone inside it. They kick it though the window where it is discovered by a terrorist who comes out to yell at the kids. While the terrorist is distracted, Riley discovers that Samuel is alive and imprisoned by this cell of terrorist. Samuel is due to be executed in two hours and it would take special forces six to arrive so the team faces a dilemma.

Mac doesn’t disappoint as he rigs an explosive blast to free Samuel from his cell. They bust him out and run though flooded catacombs below the building where Samuel was held prisoner. The head terrorist captures Jack and jut before he takes hi out, Wilt knocks him unconscious. Lt. Samuel is returned to his parents safe and sound, but there was a lot of drama in between.

You can catch the highlights here: