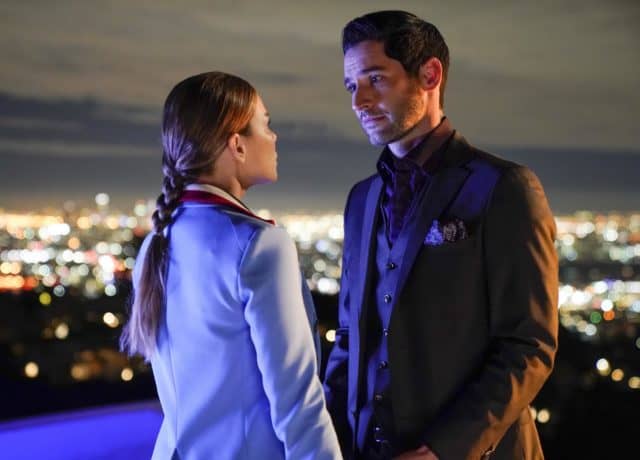 It’s the moment we’ve all been waiting for. Well, those of us who ship Deckerstar anyway. Our favourite crime-fighting duo comes together at long last in tonight’s episode of Lucifer! Though personally, I think it’s still too fast and too early for the Devil and Detective Decker to pursue a romantic relationship, with the show still not up for renewal as of yet, maybe this season is the one chance they have to admit their feelings for each other. Deckerstar also enters the world of high-end domestic abuse where rich, well-known husbands use their wives as their punching bag.

I do not condone abuse in any shape or form. It irks me greatly to see Forest “King” Clay, a famous baseball player, use his money to buy the silence of the women that he had abused over the years. His wife, Devon, is the unfortunate victim of the week.

I facepalmed for most of the episode as I watched Lucifer try to make things normal between him and the detective. From recreating their first meeting to playing Monopoly at her apartment and dancing with her like he did when he gave his partner her prom. I know that you want things to go back to normal, but Detective Decker is right. Normal only causes her pain at the fact that they have been through so much already.

Meanwhile, Pierce hatches a new plan with Maze. He wants to kill Amenadiel to get his mark back and anger God in the process. The lieutenant believes that by doing so, he will have his wish to die and the demoness can return home to Hell. Too bad the plan did not work out in his favour. Maze was about to inject Amenadiel with a sedative but refrained from going through with it at the last minute. Makes me think that Pierce was correct in assuming that after spending time on Earth, Maze is not the kick-butt demoness that she used to be. Which, technically speaking, is a good thing. Means that she has a heart and can care for others.

Back to the case, Detective Decker manages to catch two bad guys without Lucifer’s help. First, she arrested A.J. Agholor for the death of Devon Clay and later Forest Clay for the death of a woman named Joanne Foles. This then led Lucifer to realize that the detective did indeed choose him. She works with him because she wants to and that she wishes to. My Deckerstar-shipping heart almost exploded with joy when the two kissed after Lucifer confessed his feelings and told Detective Decker the truth. I would have preferred if he showed her his wings, but I suppose he will sooner or later.

Charlotte taking the bullet meant for Amenadiel and died in the process. I could feel the anguish that Detective Espinoza exuded when he held Charlotte’s body in his arms. He had been so happy when he gave her the waffle bracelet and spending the night with the woman that he deeply cares for.

Amenadiel getting his wings back and took Charlotte to the Silver City. It was a  heartbreaking and a heartwarming moment at the same time. The former being Charlotte’s unfortunate end and the latter being the archangel having what was lost returned to him.

Hearing Detective Decker playing Heart and Soul before Lucifer’s confession. That, and her seeking comfort in Lucifer’s arms as she processed Charlotte’s death.

Charlotte saved Amenadiel from Pierce’s bullets. That is her redemption and therefore earns her a place in Heaven.

Pecker is the ship name for Pierce/Detective Decker? I think I’ll stick with Deckerstar thank you.

Pierce should take a page from Captain Cold’s manual on planning:

– Expect the plan to go off the rails

– Throw away the plan (and improvise)

Deckerstar investigates a woman’s death and discovers that they may be pursuing the wrong suspect. Charlotte risks her life when she decides to take matters into her own hands in tracking down the true culprit. Chloe then gets a tragic phone call that changes everything as Lucifer makes a huge confession on tonight’s episode of Lucifer.