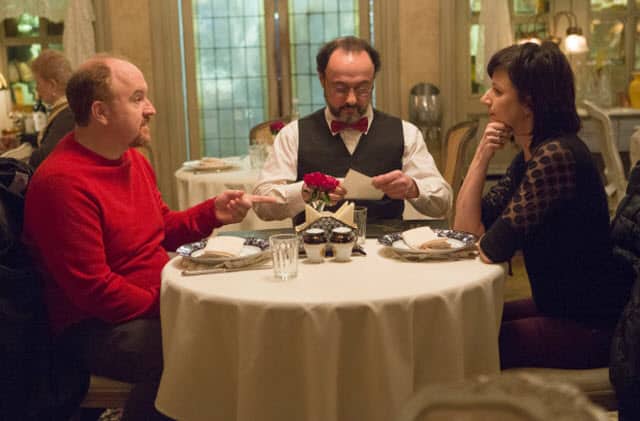 With the conclusion of the “Elevator” arc, Louie once again redefines what the half-hour television series format can accomplish at its most ambitious. Many might wonder whether or not the whole experience would have been more effective parceled out over six weeks, rather than FX doubling up on episodes, but “Pamela Part 1” follows “Elevator Part 6” rather well. And, personally, I appreciate having somewhat of a breather after a stressful series of episodes, manifested emotionally through Louie’s relationship with Amia and physically through the hurricane taking over New York (and claiming a fictional LeBron James’ life, presumably before his Heat loses in a re-match with the Spurs; take that, Miami!). Overall, “Elevator” has had its high-highs and relatively high-lows, never losing its way too much. For my money, last season’s “Late Show” arc is probably the best hour of television ever, so “Elevator” falls a little short by comparison. But its relentless attention to detail, wonderful bending of reality and appropriately somber conclusion for its characters situates comfortably in the pantheon of Louie greats.

Notice the visual symmetry beginning when Louie chases after Amia when she leaves the gazebo they’re standing in (not looking at each other after a botched intimate moment last week). The pillars of the gazebo, the stairs both characters run down and the repetition of each character coming up on the side of the cathedral show two people in sync even as they fail to achieve that synchronicity in the way it matters because of their communication barrier. Louie would pay a million dollars just to know what Amia is saying, because he feels like there’s something there that isn’t being given its due. Also notice other small details, like Louie grabbing a banana and two birthday cake candles before he sets out to rescue his daughters and Janet. Notice how Hertz is doing a-okay in a hurricane catastrophe–its employee just chilling, waiting to rent a car out whenever. And then there’s the man who is looking for a dog. Not his dog. Just a dog. Any dog…what!? To some extent, I don’t think Louie wants us to try to make sense of some of these details and just maybe accept that the chaos of Louie‘s internal world is getting out of hand as the hurricane reaches its climax. Some of the details are comedic, but many of those can be just as sad, like pondering about the fate of some deranged man running down the streets in his underwear.

Once the storm settles and Louie has to say goodbye to Amia, though, reality creeps back in in a comfortable way. Though the parting of the characters is melancholic, I think it’s important that Louie tackled this example of a relationship with a pre-ordained endpoint. It’s necessary for Louie to understand, as his building’s doctor tells him, the the real experience of love isn’t in the kissing and holding hands and the time spent with the person but that the good part is the missing. Once you’ve forgotten that person, then you maybe have an excuse to delve into self-pity. But that heartbreak is the beautiful thing about love. The doctor yearns for a time when he had it. Louie doesn’t recognize it in the moment, because he’s clouded by that self-pity, but despite how awkward and awful the Louie version of the character can be, this seems like a lesson that might stick. In any case, the final scene between Louie and Amia is wonderful if also not quite as memorable as the exchange at the end of “So Did the Fat Lady,” which is still this season’s defining moment to me. Using the restaurant employee as an interpreter works extremely well and, again, Louie finds the humor in the situation by having Louie grab the man’s hand affectionately. Here is a chance for these characters to say what they want to say to each other, and it’s exactly what needs to be said. They feel the same.

The rest of “Pamela Part 1,” which picks up with that scene with the doctor, is frustratingly difficult to comment on. We get what I believe might be the longest single take of stand-up the show has included in an episode, the material in which is funny and thematically appropriate. But then we get Louie returning home to relieve Pamela of babysitting duties and…well, forcing himself on her. The whole situation is much more complicated than a simple black and white analysis of “this is bad” and “this is not as bad,” because we don’t have certain information, like a full version of Pamela’s side of things and how the situation with her ex fell apart. Yet, it’s hard to find any kind of meaning in the way Louie interacts with her and then basically celebrates it as a success once she leaves. Louie is clearly aware that the sequence is not okay, but Louie is so messed up that he’s looking past Pamela’s reaction (the only uncomplicatedly funny part of which is the face Pamela Adlon makes while Louie is trying to kiss her, which deserves a Best Facial Acting Emmy, if there could only be one). The most annoying part of the ordeal is that we probably won’t get a full idea of what all this means for the two characters next week, since the conclusion to the “Pamela” arc is scheduled to air as the season finale (comprising two more parts). Wonderful. Again, it’s far too tricky to talk about these kinds of scenes with any authority, and there will always be people on either side arguing about the specifics of intentions and depictions (if you don’t follow Game of Thrones, I envy you for not having to read so much intelligent but somewhat misguided vitriol about an earlier episode this season), so all that is up to you. If I could boil down the Louie-Pamela relationship at this point, it would be encapsulated in this exchange: “Why are you so mean to me?” “Why do you like it?” There you go. Perfectly uncomplicated people…

– Louie overhears two people talking about murdering someone. And then it’s not brought up again. I feel like there’s probably a dozen other threads these episodes could have picked and ran with.

– When we first see the view through the Hertz windshield, the wipers are literally doing nothing to make the torrents any less difficult to navigate. That is some heavy rain.

– The stand-up routine has a great concept of Heaven, which isn’t Heaven at all. It’s just God telling people to stand in a room. For eternity.

– Louie has a BlackBerry, which is a pathetic personal victory for me, because I still use one. Ugh. 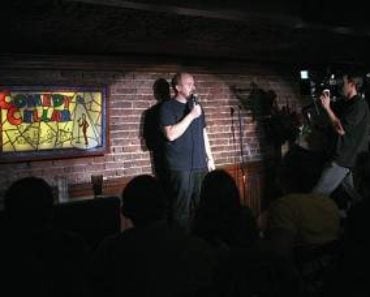 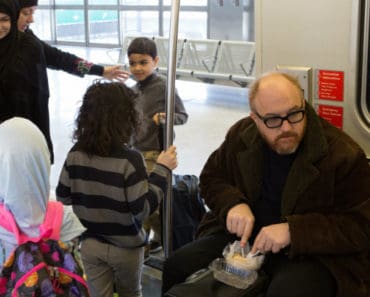 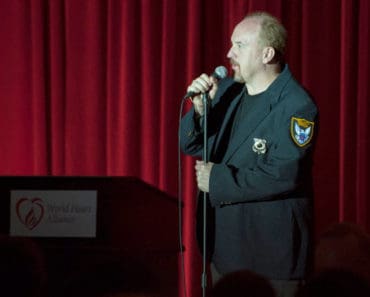 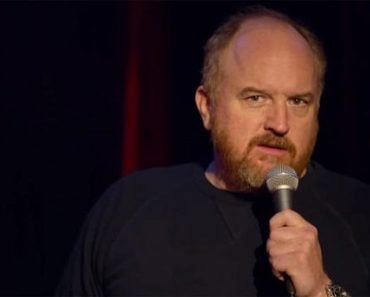 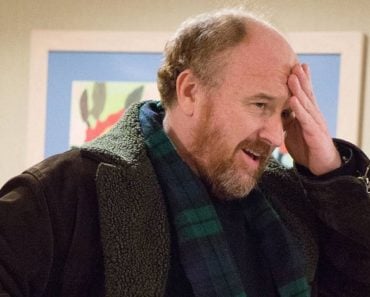 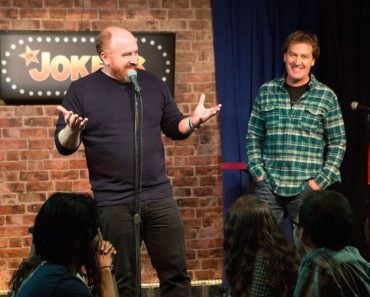