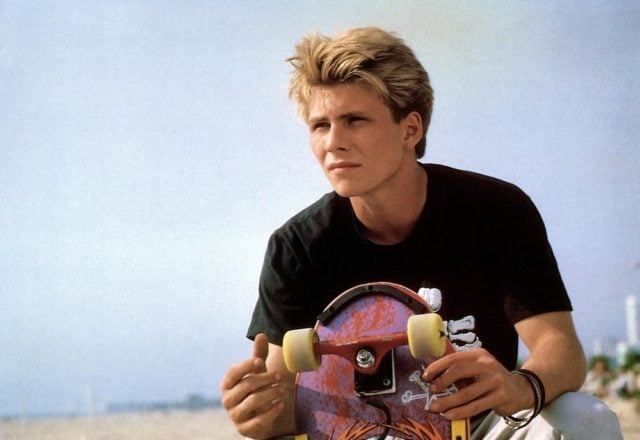 Gleaming the Cube is all about pushing limits and redefining who you are in the wake of such an act. Unfortunately the film, released in 1989, did not receive the kind of mainstream attention it was going for. It was however popular with the skateboarding crowd that would eventually develop a cult following for the film. While many would argue that it was in fact a great film without any real flaws, movie critics and those who grew up watching films such as this would like to offer a different opinion. It’s not so much that Gleaming the Cube was a horrible movie, it’s that the acting and the plot were simply too canned and not as believable as they could be. In terms of being a worthwhile movie it might have caught the attention of many a young viewer and hardcore skater, but overall it lacked the depth that makes most movies all that memorable.

Here’s a few reasons that have been compiled to explain why Gleaming the Cube is considered to be one of the least-respected films in Hollywood.

It really only appealed to a certain type of crowd.

Skaters loved this movie and there’s no doubt that a lot of them thought of it as one of the best films to come out in a long while. It catered to their type of lifestyle and showed how the bad boy vibe wasn’t all that popular but could be made to look cool. Christian Slater after all was an icon growing up, but his fame didn’t really get started until he got a little older and had developed into a stronger actor. The skateboarding scenes and the fact that a young Tony Hawk showed up in this film no doubt created a huge buzz among skaters.

The plot is very predictable.

A lot of plot lines are easy to predict, even in movies that are deemed as some of the best of all time. In this film however Vinh, Slater’s adopted brother from Vietnam, goes poking around a shipment that seems off, and then is eventually fired and killed because of his snooping. Predictably, Slater goes all bad boy and takes matters into his own hands by trying to finish what Vinh started. This type of plot isn’t horrible but when done in such a haphazard way you’d almost expect the villain to go off script and take care of Vinh’s family just to tie up loose ends. Maybe that’s the current era talking, but back in the day villains were still a little smarter than this.

There is such a thing as overuse of a gimmick.

The skateboarding scenes in the film were fine, but having a troupe of skateboarders go after an ARMED MAN with the police already in pursuit is a little overkill. In this day and age the skateboarders would not only run the risk of being shot without hesitation, but they’d likely be reprimanded if not arrested by the cops for interfering with police procedures. Some realism could have helped this film quite a bit, even though it makes for a more enticing scene to see an unarmed skater going toe to toe with an armed assailant. Yeah, no.

Keep in mind that if you love this movie there’s nothing in here saying you shouldn’t. But Gleaming the Cube is more likely to stay buried in the Hollywood archives than it is to make a return.