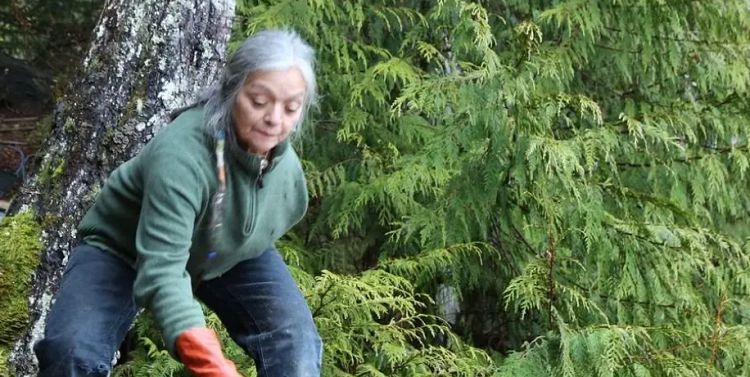 Yet another reality show that has a ton of fans even if you’ve never heard of it is “Port Protection,” and it follows the lives of the very few people who live in a remote area of Alaska. Live might even be a generous term, and the word ‘survives’ is more apt. Located in a very remote corner of Prince of Wales Island (the northwest corner for those curious), people like Litzi Botello just try to survive season after season in this remote world. She’s a fan favorite on the show, and it means that many people want to learn as much about her and her curious life as possible.

Litzi Botello is in her 60s. She’s older, but she’s not done living in her remote area of the world, and she seems to really enjoy the life she lives. She spends her time with her family and her friends, and she does what she has to do to make sure her life there is a good one.

She doesn’t speak about it very often, but she does have one arm. She calls herself the one-armed Mexican, and it’s been said that she lost it in an accident, but we don’t know any details about it. What we do know is that she has a positive outlook and that she knows she can do anything even with one arm, but she just has to figure out how to do it.

3. She’s Lived There Most of Her Life

For nearly forty years of her life, she’s living on the remote area of this island. She came to Alaska when she was in her early 20s, and it’s been this area of the state in which she’s called home ever since. If she has any desire to live her life anywhere else, she’s not telling us about it.

Before she was a remote Alaskan, she was a girl with Mexican heritage living in Los Angeles. However, she met a boy when she was 22. She fell hard and fast, and she would have followed him anywhere. He was a fisherman by trade, and that anywhere led them both to this remote area of Alaska where only about 100 live and work for a living, and that means she’s been there ever since.

In addition to being a reality star, she’s also a mother. She has two sons. Their names are Johnny and Leland, but we are not sure how old they are. We know one, Johnny, was involved in a tragic car accident a few years back. His injuries were critical after his car hit another car on his way to work. The entire situation was a heartbreaking one for his mother. No mother can ever fathom the idea of losing a child or seeing their child suffer so much.

The one thing that she’s done since moving to Alaska is create art. She is primarily a sculptor, and she does showcase her work. However, she’s also been creating therapeutic art. It’s actually aquatic art, and she began creating it while fishing with her husband.

7. She’s in a Long-Term Relationship

Let’s talk about her husband. They’ve been together for approximately 38 years. His name is John, and they have two sons. He works as a fisherman, as we mentioned above, which means he spends his time focusing on his job and bringing home food to his family from his time on the water.

8. She Lost Both Sons

We cannot confirm the truth of this, but the overwhelming evidence suggests that both of her sons have passed on. According to an online obituary, her son Johnny died from the injuries he sustained in his tragic car accident when he was only 18, but that he survived for one month in critical condition before he lost his fight for his life. Her other son, Leland, appears to also have passed away at some point, but we don’t know how he died. She refers to them both in the past tense, but she rarely discusses her personal life.

One thing that she’s got going for her is her privacy. She might be a reality television star, but no one knows anything about her. She keeps very much to herself, and she doesn’t share anything. This is why we are not entirely sure what happened to her family.

10. She’s Friendly With Other Stars

She has a close friendship with other stars of the show, too. Specifically, she’s known Gary Muehlberger for a long time, and they are good friends. She sometimes fishes with him, and they appear to be close families.