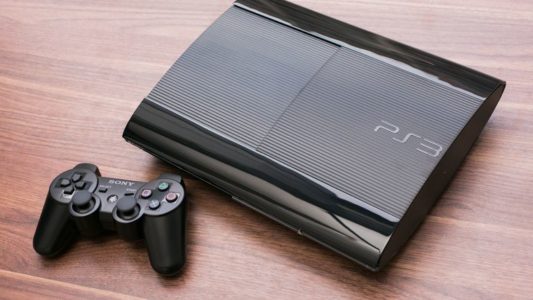 Sometimes it’s amazing what kind of things people find worth their attention and at other times a person has to look at these videos and wonder ‘why?’. Don’t get me wrong, it’s not out of jealousy or envy or anything other than sheer wonder as to why someone would go about finding out how to remake the various sounds found on game consoles, but it’s still a question as to why they chose to do such a thing. In a way, a lot of us that do play video games don’t really think much about the opening sounds, do we? Some might give it some thought, but the openings to our favorite games are little more enticing than just the opening sound when the console turns on. But then again some peoples’ mind go down a different road when they’re thinking about things at all so it’s not too hard to think that this might spark someone’s interest and be what they pursue for a short while until they get it down. After all, think back to before video game consoles even existed, such sounds might have been enough to create an entirely new song without any thought as to how just a piece of it would be used later on down the line.

It is interesting to think of how much or how little gamers really think about certain aspects of the games and the consoles they use since some could possibly take the console apart, reprogram it, and then piece it back together without an issue, while others couldn’t even tell a person a single thing about it but could rock the games that come with it from morning to midnight and skunk anyone that tried to outdo them. To be realistic it’s easier to be impressed by those that know the intricate details such as the music that the consoles utilize than it is to be impressed by those that are so adept at the games. Learning everything there is to know about something that brings so many people so much joy is kind of fun actually since it means that there’s true appreciation taking place and that people still manage to think on a deeper level than what they’re seeing and what they’re experiencing with their everyday senses. It might sound a bit odd, but there’s a sense of accomplishment in seeking to discover what everyone else just takes for granted since it gives a sense of purpose and a definite sense of amusement and can amaze a person to find out just how easy it can be to really enjoy the smaller things in life.

It’s interesting that they would add the PS5 in there since it hasn’t come out yet, but since it is a game console it’s not too hard to think that it should be included. Of course it does feel as though other consoles were left out, though if a person was to really do every console they could think of then they might need to make a longer video. Anyone remember some of those that flopped so horribly in the past? A couple of Atari systems, the Sega Dreamcast that was kind of a joke but at least furthered a couple games, or even the Turbo Grafx 16 which featured Bonk the Caveman, which was kind of a fun game since the main character would use his head, literally, as a weapon throughout most of the game. If one were to look, there are a LOT of game consoles that just didn’t measure up when it came to the big boys and as a result there’s a reason why we’ve largely forgotten about them, as their designers probably wanted it that way or people just didn’t want to revisit the horrible or possibly limited scope that such consoles were responsible for back in the day. They all had their own sounds to be certain, but not every console was created equal after all. Heck, does anyone remember having to connect their Nintendo to the back of the TV using a screwdriver or a butter knife since one had to connect the wires? Oh yes, back in the day that struggle was very real, and it was likely that if the console didn’t need to be moved or could be kept out of the way, or didn’t interfere with the TV reception, that it could stay connected and therefore not be that big of a deal.

Obviously it’s different now since most consoles can stay home pretty easily since mobile devices have taken the place of such things as the Gameboy and other devices, leaving only those that want the nostalgic feel of it to use them any longer. But paying attention to the music that each one produces, that’s something that not a lot of people would think about.