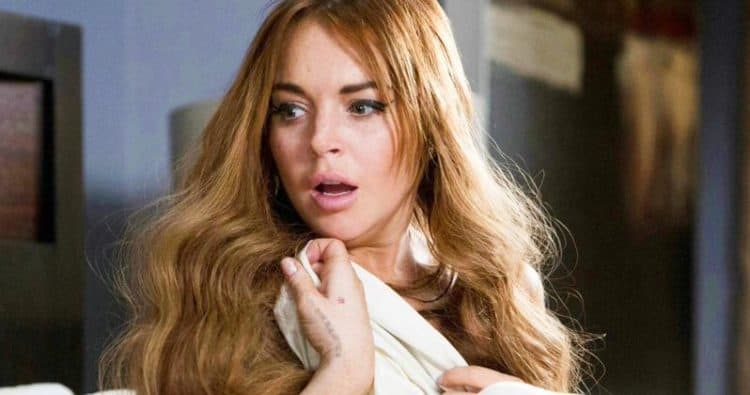 Bold statements about ‘taking her life back’ aren’t really doing much for Lindsay Lohan at the moment since returning to the screen with a Netflix movie is already getting her a mixed reaction since some folks are willing will accept her back and hope that she’ll be every bit as good as before, while some are just ready for her to go away. It might sound a bit harsh to say such a thing, but the truth is that a lot of fans did kind of give up on Lohan when her career started going south and she didn’t appear ready to take it seriously in the first place. At one time Lohan was a huge star since her days as a Disney kid and her time in Mean Girls managed to etch her name into the history books with ease. But from legal troubles to the over-the-top drama that spilled over into the media and the idea that she might have become a little too much of a liability, her career has taken some serious hits. Coming back, which she’s been trying to do for a while now, is something that she’s definitely going to try, but from the sound of things the premise of the Netflix movie that’s going to be serving as her return to greatness is already going to rub a lot of people the wrong way. Playing the part of a spoiled heiress is likely to get a lot of people laughing and not in the best of ways. But the fact that she’ll develop amnesia after a skiing accident and will be taken in by a lodge owner and his daughter is setting up a road that a lot of people can already look down and snicker since the story sounds like something we’ve seen a number of times already. To be fair, it sounds kind of like a cross between a Hallmark movie and Overboard, but without the chance to be funny or even touching.

Like it or not, there’s a lot working against Lohan at the moment since her career hasn’t been that great in years, no matter if she’s managed to keep herself afloat. The unfortunate fact is that once an actor gains a reputation for being a problem in any way they have the ability to turn things around, but Lohan didn’t appear interested enough to do such a thing. Plus, despite being quite an attractive young woman, she was far more popular as a kid actor, and while she wants her past to stay in the past, which is fair, it’s likely going to keep coming up. From the stints in rehab to the entitled behavior she’s displayed to the fact that she did defend Harvey Weinstein, there’s just too much in her past that Lohan has to think about, even if she’s going to do her very best to not give it any thought at all. Then there’s the premise of the movie yet to come, and what people are going to say about that considering the fact that fans are often pandered to and treated as less than intelligent when it comes to some movies, but the memories of many fans are quite long when it comes to various ideas that managed to stick over the years. In other words, those that don’t mind seeing the same idea over and over are bound to think of this as a way for Lindsay to finally get back into the swing of things, while those that recognize certain themes might give it a chance, but are likely to be more than a little biased going into it.

To be certain, it does matter how a person feels about Lindsay as well since her popularity as a star has taken one serious hit after another over the years and the good faith that people might have put in her could have easily dwindled to the point of wondering if she would ever be able to make a comeback. She definitely appears to think that this is going to work, so as of now we’ll have to wait and see what’s going to happen. Stars have made comebacks before and it’s worked out in their favor, but the odds are still against Lohan making anything stick right away. If she’s truly dedicated to her course then it’s likely that something will happen and she might even find herself aiming for the top once again when it comes to her status as a star. But it feels accurate to say that very few people are going to be holding their breath when it comes to this, mostly because they’ve seen what she’s done in the past and aren’t expecting much in the months and years to come. But you never know, she could end up surprising a lot of people.