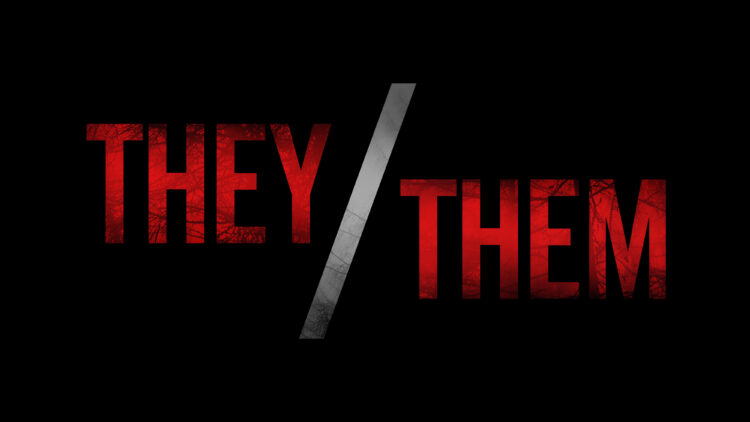 It’s been a while since we’ve seen Kevin Bacon in a camp setting such as this, right? In fact, a while back it sounded as though he was still a little unnerved about people asking for his autograph due to his brief stint in the first Friday the 13th movie. But he’s come a long way since then, and it would appear that he’s now portraying the head camp counselor for a different location, and is already looking like one of those who will become unhinged during the course of the movie. Camp Whistler is supposedly a safe space for a group of gay and transgender campers who all made a deal with their parents to get something else. In other words, attend the camp or there are consequences. Unfortunately, as it would already appear, there are going to be consequences anyway since the appearance of a bloody skull mask is a good sign that things are going to start happening that the campers aren’t going to understand, or possibly survive. The movie does look and sound like something that might be classified as an updated Friday the 13th movie in terms of style and appearance, but it sounds as though things are going to be a bit different.

It already feels as though plenty of people are going to have something to say about this movie considering that most features with transgender characters are bound to get some sort of criticism or praise that’s a little beyond the norm. But at this point it’s fair to hold any coming judgment, good or bad, that has to do with the story since all that’s known is that this camp experience already looks like it’s going to be one in a long line of movies that will for one reason or another seek to traumatize people while teaching them at the same time. If nothing else it does feel as though this movie will offer a good bit of entertainment while perhaps seeking to make at least a little bit of social commentary that people will pick up on.

Or, it could just be a fun slasher movie that’s decided to be more inclusive and not quite as stereotypical as many have been in the past. Perspective is going to be a big part of this movie without any doubt since just about anything to do with transgender representation or issues is bound to be heavily scrutinized and, if it’s found wanting, condemned in a big way. But with Kevin Bacon and a few other notable faces as part of the cast, it does feel as though people might at least give it a chance and perhaps sit down to enjoy themselves rather than remain tense and ready to argue every little point when it’s being made. There might be people that do this anyway since it does feel as though some folks are simply ready to argue and possibly fight when something they don’t agree with comes along. But for a slasher flick, it does feel kind of silly since one of the points is that there’s no actual safe space in such movies, especially when it comes to campground setting.

There isn’t a whole lot known other than what’s already been revealed about the movie, but the general feel of it is that some folks might be walking around the idea tentatively, perhaps trying to wrap their minds around the idea. But others are no doubt anticipating the movie in a big way since it already looks like something that could be entertaining. On the flip side though, it does look like something that might take a host of social issues and foist them upon what could be an interesting slasher flick, thereby making it clear that there is a point to the movie and that it’s meant to be conveyed in as intelligent and artistic a manner as possible. For some folks, this isn’t an issue at all, but for others who want to see blood splashing everywhere and not worry about safe spaces or whose feelings and pronouns are being respected, it might be the kind of change that will make them pay attention and decide if they happen to like this style or not.

Honestly, seeing the movie will no doubt allow a lot of people to make this decision on their own since from a glance it does look like another movie that might be kind of interesting thanks to the campground environment. The foreboding and strange manner in which the trailer appears to create kind of a manic feel is intriguing, but it also kind of indicates that the movie is either holding just enough back to keep people interested or is already signaling that it’s not going to be the standard horror movie since it might be too bound up with one issue or another to take the horror seriously.