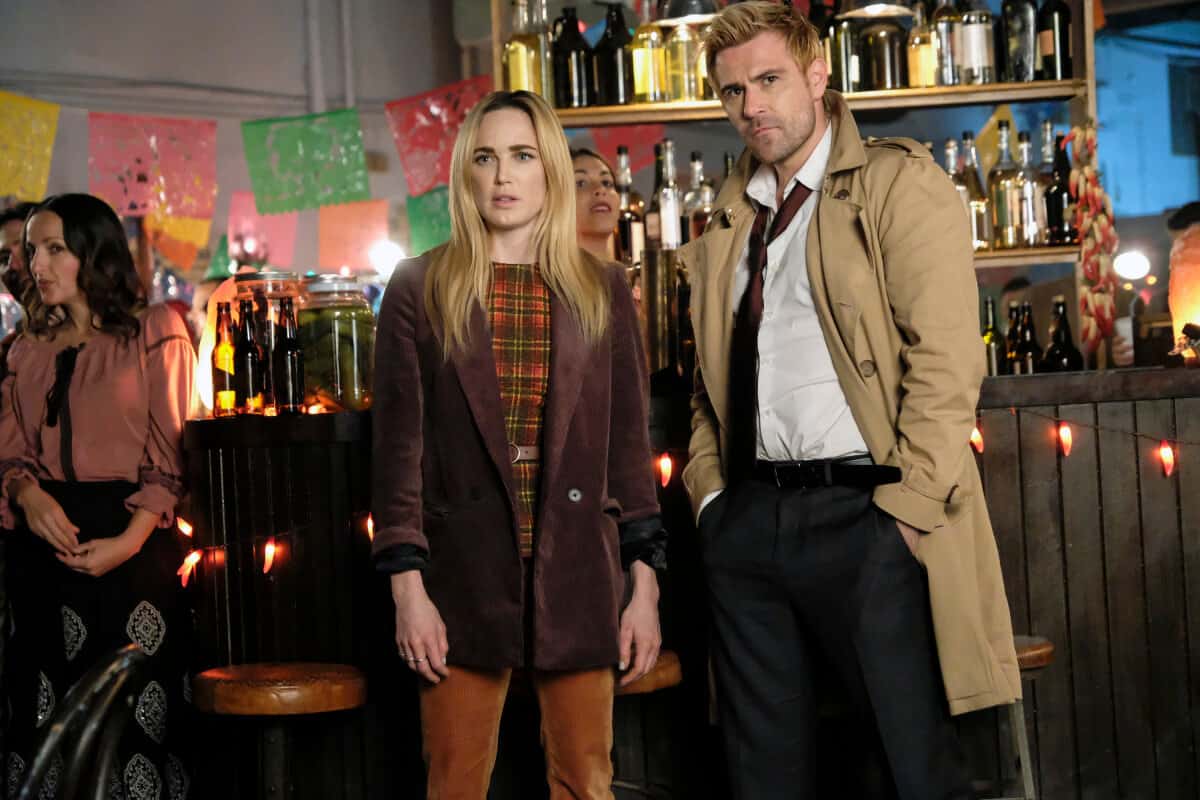 It may be the day of pranks and jokes, but on tonight’s episode of Legends of Tomorrow, it’s no laughing matter when the Kaupe is still at large. The Legends head to 1961 Mexico City after learning that Mona had let the Kaupe escape. Nate and Zari also find out about the secret that Hank is hiding from everyone.

Speaking of Hank Heywood, I get that he’s the one who is funding the Time Bureau, but that doesn’t give him total control over the magical creatures in custody. It doesn’t surprise me one bit that he would cover up the security footage of the Men in Black kidnapping the Kaupe by force. What did surprise me is Ava not giving a darn about the Kaupe and what Hank will do to him once he is back at the Time Bureau. I understand that she doesn’t want to get on Hank’s bad side since she needs the money to keep the Bureau running smoothly, but she should have let Sara explain herself before making the decision to end their relationship. It’s like she is reverting back to the Ava that we first met. If Ava is to grow as a character, she has to move forward, not backward.

Meanwhile, the Legends found the Kaupe at a wrestling ring where he’s the main attraction. They managed to take the magical creature onto the Waverider along with Mona. The downside to that is riots breaking out in Mexico City, leading to a large number of casualties as a result. The solution? Take the Kaupe back to the wrestling ring and take on El Cura, a famous luchador in an all-out, winner take all match. Hence the name of the episode: Lucha de Apuestas. The demigod manages to let El Cura win the match after some interference from Time Bureau agents. It was rather gracious of El Cura not to unmask the Kaupe. I think that people would freak out if they saw who their wrestling star really looked like.

It’s also interesting that Mona gets along with the Kaupe so well. It may be the bond that they formed after all the time that Mona spent taking care of him at the Time Bureau. She is the only person that could calm him down when his primal instincts get the better of him. It also amazes me that he could understand what Mona is saying to him. We know that she knows a bit of Hawaiian, but we’ve never heard her speak the language in a more fluent manner. My heart melted when the Kaupe rescued Mona from the stampeding crowd. Shame he ended up getting shot by a man, possibly an assassin for hire, who secretly works for Hank.

The part where Mick told Mona that there’s no such thing as happy endings, I couldn’t help but agree. Even if one is lucky enough to find that special someone, it’s all bound to implode sooner or later. True love, though possible, is not something that would stand the test of time unless those who are involved really work at it. I had hoped that he would tell Mona that he’s the author of the book series that the latter is a big fan of, but I suppose that she wouldn’t believe him given that he comes across as a tough guy. Maybe one day he will tell her? Emphasis on the maybe. Overall, the episode was enjoyable as always and hopefully, our Avalance will be back together after a couple of episodes. Fingers crossed!

The whole Mr. and Mrs. Smith-esque tango scene with Sara and Ava was nothing short of awesome.

Mona is now a Kaupe. Who knew that one scratch would lead to this? This is so Spider-Man.

Zari told Nate that he shouldn’t pass her off as his girlfriend at the gala. The guy does it anyway when his Mom asked if Zari is his new lady love. I guess he had no choice in the matter as Mrs. Heywood kind of backed him into a corner.

When Sara told her team to give the Time Bureau agents hell, I was hoping to see some good old Constantine magic. Was feeling a bit bummed when there wasn’t any.

Ray’s impression of Michael Buffer is spot-on. Would’ve been extra cool if he was holding the microphone while he did the impression.