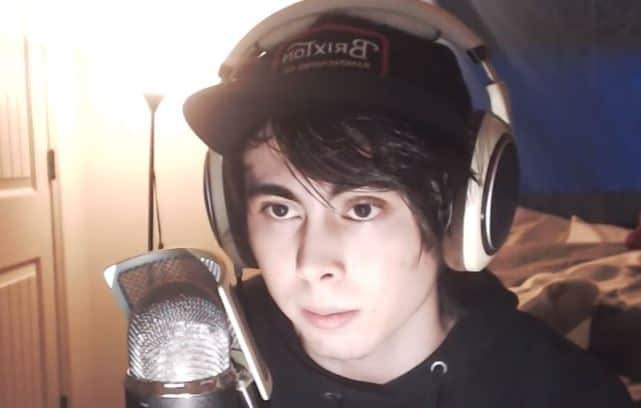 If you spend a lot of time on sites like YouTube, you might already know who Leafyishere is and you might have even watched several of his videos. If you don’t spend so much time doing this, you just might decide that you want to know more about this individual, whose real name is Calvin Vail. Below are 10 things that you might find interesting about him.

1. He has spent the majority of his life uploading things to YouTube

Not unlike many people his age, he basically grew up with YouTube and as such, he made the decision to use it as an outlet. He started posting videos on the site and one thing led to another. Before he or anyone else knew it, he had become something of an icon on YouTube, with millions of followers.

To date, he’s produced about 607 videos. That’s obviously more than many other people have put on the site, and it puts him right up there in the top echelon of individuals as far as the number of videos that have been uploaded and the amount of time spent doing so. It also helps him maintain the followers that he has and get new ones on a daily basis.

3. He got his start posting YouTube videos of himself playing video games

No one really knows if he got an idea in his head to become a YouTube star but it all seems like it happened innocently enough. Like a lot of teenagers, he started posting videos on the site of himself playing video games. This is something that’s common on YouTube. People that are really good with a certain game will post certain tips and tricks that other players can use in order to get past various challenges. He had a way of clicking with his audience and before long, he was morphing into a bonafide YouTube star.

5. Things weren’t always easy when he was trying to grow his channel

He didn’t really have anybody to teach him how to upload things or even what subject matter to cover so a lot of it was trial and error. He made some mistakes along the way and things weren’t always easy as he was becoming more and more well-known on YouTube. As a matter of fact, he’s had to endure controversy, he’s made some comments that upset some people, and he even ended up switching from one channel to another in order to get a fresh start and learn from his mistakes.

6. He hasn’t been active on the site and almost a year

Many of the people that follow him have been very concerned as of late because it’s been more than 10 months since he’s posted anything on the site. As a matter of fact, it almost seems as if he’s dropped off the radar. This has caused many people to speculate that something might have happened to him, although nothing has been confirmed.

7. He grew up in a difficult home

One of the reasons that he has become such a presence on YouTube in the first place is because he grew up in an abusive home. Both parents were addicts and they fought on a routine basis, frequently leaving him to not only entertaining himself, but to find a way to deal with the pain of growing up in such an environment.

8. He has a unique way of connecting with others

Understanding this type of pain has given him a unique ability to connect with others, which explains why he has so many followers in the first place.

9. He used his activities online as a coping mechanism

Anyone that grows up in an environment such as his needs to have a way of coping in order to maintain their own level of sanity and for him, that coping mechanism was posting videos to YouTube. He even went as far as creating his own online persona, completely different from his own personality, in order to live the life that he wanted to live via the Internet.

He was also smart about the way he made his videos, choosing to monetize them from the beginning. That’s allowed him to end up with a net worth of about $800,000 far.