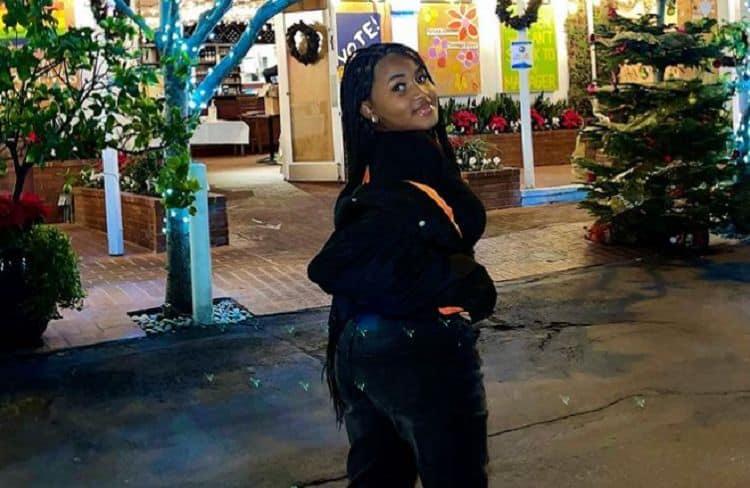 Layla Crawford has been performing for almost her entire life. The very talented teen started acting when she was still in elementary school, and it quickly became apparent that she was something special. Her first big break came in 2011 when she was cast as Kamran Hanna in NCIS: Los Angeles. This experience allowed her to work with some of the biggest names in the industry including LL Cool J. Prior to that opportunity, she played Olivia Johnson in the TV series The First Family. Even at her young age, Layla has already shown that she has the talent and versatility to tackle any project. Needless to say, her future is looking very bright and everyone is exited to see where the next few years take her. Keep reading to learn 10 things you didn’t know about Layla Crawford.

When it comes to pursuing a career in the entertainment industry, Los Angeles is the place to be. People are willing to travel from all over the world just to get a chance to step foot in Hollywood. Luckily for Layla Crawford, she was born and raised there. Being an L.A. native has given her easier access to opportunities across the industry. As far as we can tell, Layla still lives in the Los Angeles area.

Before getting into acting, Layla was an “early bird” at the Debbie Allen Dance Academy when she was only 4-years-old. Her participation in dance eventually spawned into an interest in acting and by the time she was 6-years-old she had landed her first professional job.

Layla comes from a very close knit family. In addition to her parents she has a younger brother named Blake. Even though she is one of the brightest up and coming stars, she has never forgotten about the people who have been with her since the beginning. When she isn’t busy with work, she loves spending as much time with her family as she can.

4. She Was In An Episode Of True Blood

On top of the main/recurring roles she’s had, Layla has also had some very impressive guest appearances in her career. In 2014, she had a guest role in an episode of True Blood. Layla has also had minor roles in other popular shows including Criminal Minds and The Mindy Project.

5. She Likes To Write

As a true creative person, Layla loves getting the chance to express herself. Acting has been her primary way of doing that, but she also enjoys writing. She hasn’t done any screenwriting yet, but there’s a good chance that could be something she decides to get into in the future.

There are people who are two and three times Layla’s age who are afraid to speak their mind, but even in her youth she understands the importance of standing up for what you believe in. She has used her social media platforms to show her support for the Black Lives Matter Movement and she has also shared her political opinions (we did it, Joe) although she is too young to voice.

Thanks to her career, there are a lot of things that Layla doesn’t have in common with other people her age. One thing she does, however, is her love for fashion. Layla has a great sense of style and she enjoys putting outfits together that show off her personality.

8. She Is A Fan Of China Anne McClain

As a young star, Layla has spent a lot of time watching and learning from other people in the business. One of the people whose work she enjoys the most is China Anne McClain. Like Layla, China is also multi-talented and entered the industry at a very young age.

9. She Was A Soccer Player

Acting has been Layla’s main focus for years, but it certainly isn’t the only thing she’s interested in. She also enjoys sports and grew up playing soccer. It’s unclear whether or not she is still involved in the sport, but there’s a good chance she’s had to leave it behind due career obligations.

10. She Is A Megan Thee Stallion Fan

Megan Thee Stallion is arguably one of the hottest rappers in the game at the moment, and 2020 has been a huge year for her. Not only did she release her debut album, but she also got the chance to work with Beyonce. Like many other people, Layla is a huge fan of Megan’s sound and has posted about her several times on her Twitter account.

What Would a Prequel Show to The Eternals Look Like?

10 Movies Where The Bad Guy Wins