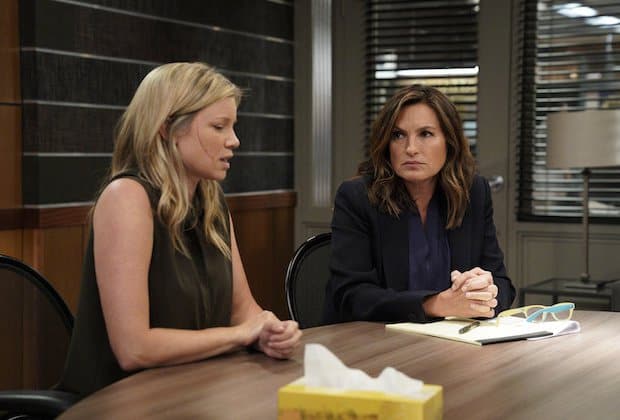 Season 19? Wow! You know that a show is really good when it lasts that many seasons! And, Law and Order SVU never disappoints. It’s truly amazing how they can keep coming up with new and interesting stories year after year. It’s either a testament to the amazing creativity of guys like Dick Wolf or a commentary on how many sleazy child molesters, rapists, and killers there are in New York City. Well, on the other hand, maybe it’s both.

So, the season premiere of Law and Order SVU on September 27, 2017, at 7:00 PM PDT didn’t disappoint. It’s entitled “Gone Fishin’,” and refers to catching the one that got away. Fin heads down to Cuba for an alleged vacation but he’s actually tracking a serial rapist who got away with his crimes the first time around and fled to Cuba, where he married a young Cuban woman and they have an adorable four-year-old daughter. When Fin kidnaps the man, holds him in a van and then extradites him back to NY City, a court battle naturally ensues based upon his highly illegal tactics. But, as far as Fin, Olivia, and at least one of the rapist’s victims are concerned, the end justifies the means. However, the rapist’s attorney naturally doesn’t agree.

The accused rapist is played charmingly by Nashville’s Will Chase who played the late Raina James’ one-time fiancee, country singer Luke Wheeler. He seems like such a nice guy and his Cuban wife testifies in court to what a good father and husband he is. But, Olivia gets one of his victims to sit down and tell her story which convinces the little woman that she really doesn’t want her hubby to be returned to Cuba like his attorney wants. So, justice is served once again by the good people at the SVU. They always get their man (or woman), and the streets of NY City are safer because of them.

So, here are the Law & Order: SVU Top 5 Moments from the Premiere:

1. When Fin abducts the serial rapist in Cuba. It’s classic Fin and we loved every minute of it in the opening.

2. When Olivia snatches her young son, Noah, from out of the path of an oncoming speeding cab, showing once again what a great mother she is even if she did turn her back on him for one second. The only problem is that she’s being accused of child abuse because the boy has a large bruise on his arm.

3. When one of the rapist’s victims goes into excruciating detail about the rape and what he did to her after it was over. The look on his wife’s face is a classic, as is Olivia asking her if this is the type of man she wants raising her young daughter. A good ploy and fortunately, it worked.

4. When Olivia has a talk with Noah about telling the truth and he tells her that he did. The fact is that he got the bruise on his arm from Olivia when she grabbed him and saved him from getting run over. Simple explanation but unfortunately he didn’t tell his teacher the entire story.

5. When Olivia’s old flame, played by Dean Winters, shows up at the door and she’s happy to see him until he says that he has taken a new job with the D.A.’s office and that he’s investigating her.

So, stay tuned to future Law & Order: SVU episodes as the cops of the SVU catch more bad guys and the good guys, like Olivia, have to fight tooth and nail to prove their innocence.