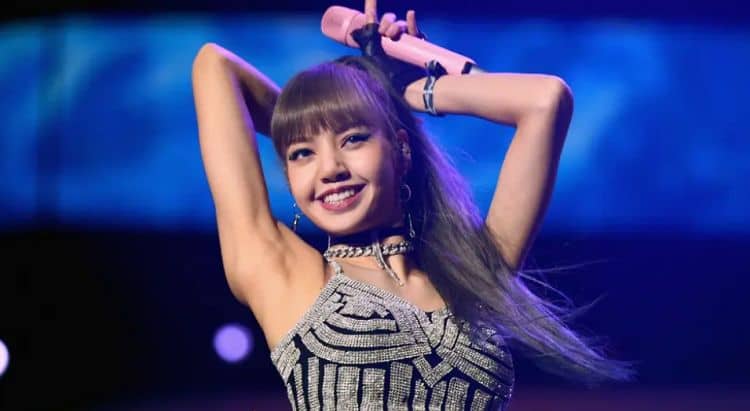 Commonly referred to as Lisa, Lalisa Manoban is one of the biggest musical artists in all of Asia. Famous for being a member of the Korean girl group Blackpink, Lalisa is a talented rapper, but she isn’t your average hip-hop artist. On top of being in the group, Lalisa has also worked hard to build a platform as a solo artist. Her talent and creativity have allowed her to become widely known all over the world, and it seems like it’s only a matter of time before her music reaches the United States. She hasn’t released an album of her own just yet, but there are millions of people who are looking forward to the day when she does. Keep reading for 10 things you didn’t know about Lalisa Manoban.

Using a stage name in the entertainment industry is very common, but Lalisa is more than just a stage name. Lalisa was actually born Pranpriya Manoban but she eventually decided to have her name legally changed to Lalisa. According to NameBerry, the name Lalisa means “one who is praised”.

2. She Wanted To Be A Model

If you’ve ever seen Lalisa do her thing, you would probably agree that she was born to be in the spotlight. Although she always knew that she wanted to do something involving flashing lights, becoming a rapper wasn’t always her mind. When she was younger, she actually wanted to be a model.

Anyone who has ever tried to learn another language knows that it isn’t an easy thing to do, so finding out that someone can speak several languages always scores them some serious cool points. Lalisa is fluent in Thai, English, and Korean. She also speaks a little bit of Japanese and Chinese.

4. She Got Her Start As A Dancer

Music has always been an important part of Lalisa’s life, even before she became an artist herself. She started taking dance lessons when she was about four years old and it quickly became clear that she had some serious talent. She went on to compete in several dance competitions during her childhood.

5. She Loves Giving Back To Others

The platform that Lalisa has built extends far beyond music. She is very serious about using doing what she can to help those in need. In 2019, Lalisa donated 100,100 baht to help with disaster relief in Thailand. It’ll be interesting to see what organizations she decides to align herself with in the future.

6. She Has Won Several Awards

Lalisa is still relatively new to the music industry, but she’s already shown the world that she’s here to make an impact. She has already won a half dozen awards including Most Popular Person of the Year from The Standard. There’s no doubt that she’s going to receive many more awards in the years to come.

7. She Has Received Death Threats

Being the most popular person in Blackpink comes with a lot of perks, but for Lalisa it’s also had plenty of downsides. As the only Thai person in a Korean group, Lalisa has had to deal with lots of remarks. In the spring of 2020, it was revealed that Lalisa had gotten many death threats.

Lalisa is an undeniable star every time she steps foot in front of the camera, but in her free time, she has found that she also loves being behind it. She developed an interest in photography and over the years she has become quite good at taking pictures. Lalisa enjoys sharing photographs she’s taken on social media, and her fans really look forward to seeing her work.

9. She Is A Big Kehlani Fan

Just because Lalisa is a huge musician herself doesn’t mean that she can’t also be a huge fan of other people’s work. According to Lisaoppa, Kehlani is Lalisa’s favorite artist and someone she looks up to. Kehlani has been nominated for two Grammy Awards and is best known for songs like “Crzy” and “Nights Like This”. Hopefully one day the two will get the chance to work together.

There are plenty of people in the entertainment industry who have expressed that they don’t actually like having to travel all of the time, but Lalisa doesn’t appear to be one of those people. She loves the experience of visiting new places and experiencing different cultures. She has already gotten the chance to visit several countries and she will definitely be adding more to the list in the years to come.