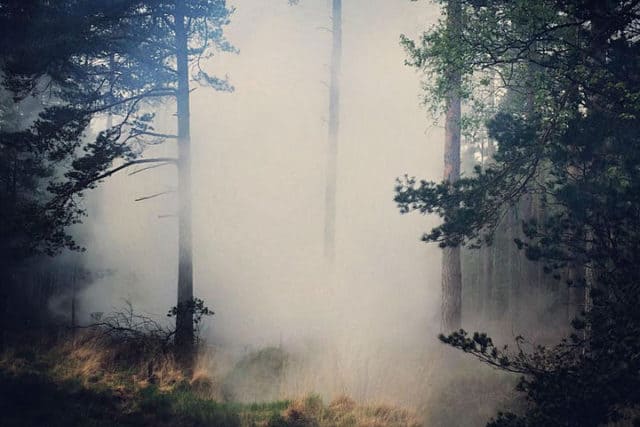 We all love a good alien movie right? Well Annihilation is something a little different in a very good way. Where a lot of alien movies tend to take us to outer space, another dimension, or somewhere equally as confusing and inaccessible, Annihilation is going to be right in our back yard, relatively speaking.

Based on the book written by Jeff VanderMeer, Annihilation is the story of a grieving widow that is called away to examine an area known only as Area X, an alien-dominated zone on earth that no one has ever seen, and no one has ever come back from. The film stars Natalie Portman and a slew of other important names and is set to be one of the most visually stunning films of this coming year.

So what do we know about it so far?

Natalie Portman is in it. I mean what else do we need?

Portman has been a star for a long time with a long history of either great or mediocre movies. She simply lights up the screen every time she’s on to be honest. In this film she’ll play a grieving widow that suddenly realizes her husband is home, despite the fact that he’s not all there. He doesn’t respond to her as she’s used to, he seems cold, distant, and more than a little detached. She knew her husband was on a mission but not to where or how long. All she knows is that he’s been missing for year and was presumed dead. Now he shows up and seems to be in a continual daze. When she begins to question him however his answers are cryptic and uncertain. Not long after that he starts to convulse and go into seizures.  When she attempts to get him to the hospital their ambulance is intercepted and they are taken to a prison-like area. It is there that Portman finally receives the rundown on what is going on.

Eventually we start to learn more about Area X.

Nothing has ever come back from Area X, and now something, or rather someone has. Portman is determined to find out what happened to her husband and to do so must visit this mysterious portion of the planet that no one has been able to return from as of yet. She is accompanied by a team of specialists that are charged with finding out just what has occurred in Area X and what the site has to show them. Upon entering the footage shown depicts the group as they make their way through the blurred, almost foggy landscape, with Portman holding a machine gun and other shots proving to be just as creepy as the beginning of the film. Something is happening in Area X that can’t be easily explained, and there’s no telling if it ever will be.

So far the film looks absolutely twisted and will no doubt be something that many movie buffs will at least be giving a chance. The story seems uniquely twisted and the premise is actually quite interesting.