Home
Television
The Knick
The Knick 1.01 Review: “Method and Madness” 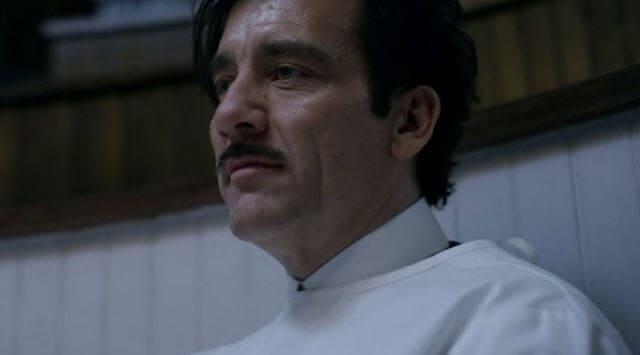 “But we humans can get a few good licks in battle before we surrender.”

Pilots are difficult. They are often clunky and expositional and bloated. The process in which they are made is horrifically stupid, and the end result is that it leaves the cast and crew of a show with little to no time to whip up good product. So, it’s not surprising when pilots are terrible. Most are terrible. The ones that are average are diamonds in the rough and ones that are actually good are treated like the second coming of Christ. Off the top of my head, I can only think of two really great pilots: Lost, and Mad Men. Those were fresh and invigorating bits of television that set the stage for everything that followed.

“Method and Madness” isn’t quite on that A level, but make no mistake; it is very, very good. Steven Soderbergh, one of the best directors of the last twenty years, is directing, editing, and working the camera for the ten episode first season of The Knick. He jumped on the project as soon as he read the first script, working to bring in a talented cadre of actors and shooting the whole thing in less than two months. It was shot like a ten hour movie, not episodic, which gives the episode a much more complete feel than it would otherwise.

The show is set in the year 1900, in New York, at the Knickerbocker Hospital. The hospital is struggling; only by the patronage of the progressive Robertson family is it able to fund its many needed renovations. The episode begins in an opium den, a splash of vibrant color as opposed to the more greys and whites of the rest of the episode. The male lead of this story is Dr. John Thackery, who is played by the wonderful Clive Owen. Owen, as Thackery, delivers a revealing and thorough performance. At first glance, he’s a bit of a ‘House’ clone; brusque doctor who only cares about the disease. But Thackery has a much better bedside manner, and his intentions are good. But he is, without a doubt, a coward. After his partner kills himself, he goes to the funeral gives a rousing eulogy about the advancement of modern medicine and about going down swinging in the face of death. He says the quote that this piece began with. It’s all very inspiring and fiery and it makes you feel like there is hope, despite all of the pain and suffering of that time.

But when he is faced with bringing in a doctor who is brilliant, but black, he blanches, retreating from the idea. He doesn’t want to lead the charge on integration, as he says. He justifies it by saying the people of this town won’t want to be treated by a “Negro”. But, really, the clients that are most focused on in this episode are three seemingly poor people. A pregnant woman, with a prenatal disease, is paraded out as a representation of the Knickerbocker’s advanced techniques, and she dies on the table. The client on which Thackery works his magic at the end of the episode is an immigrant. Another is a German immigrant with tuberculosis. Just based off this episode, it seems like the poor are in much more dire need of health care than those who can afford it.

If I do have a complaint, it deals with Algernon Edwards, the black doctor who Thackery rejects. He has a strong, strong resumÃ© as a surgeon, and his apprenticeships in Europe make him a very qualified candidate to join Thackery. But Edwards is a bit stiff in the pilot; probably the weakest introduction of the characters. Pretty stock stuff, and if he is going to be the focal point of much of the conflict, that needs to improve.

The other characters are better, though they have much less to do. Everett Gallinger, who loses out to Edwards on the assistant surgeon position, just stands around quietly and glowers. Bertram Chickering is a progressive, kind man who goes out of his way to commiserate with both Edwards and new nurse Lucy Elkins. While Thackery leaps off the screen as a fully formed human being, the rest of them are still pretty shallow. I have all confidence that this is just the first stage in a long developmental arc but if I’m being nitpicky, that would be the nit that I pick.

As a whole, I’d grade the episode as a B+. Very good, nearly great, and hopefully a really great harbinger of what is to come. When pilots are this good, the show usually turns out to be good, so I think that its worth the watch. And even if you aren’t enamored with the show from the start, as I was, Steven Soderbergh is still in full control of this project and worse-case scenario its going to be a really engaging summer-fall watch.

It also can’t be understanded how big of a risk/reward this show is for Cinemax. After a history being known for certain type of “programming”, they’ve put their toe into the drama game. After parent network HBO passed on the show, Cinemax jumped in and now one of the best shows of the summer is in its grasp. Not to put too fine of a point on it, but we’ve seen this before with AMC. I’m not saying that The Knick is Mad Men or Breaking Bad, or even that Cinemax will ever reach that level. But with shows like this (plus Banshee, a favorite among many), it’s a really good step in the right direction.

It’s an exciting time for television. Let’s hope it continues.