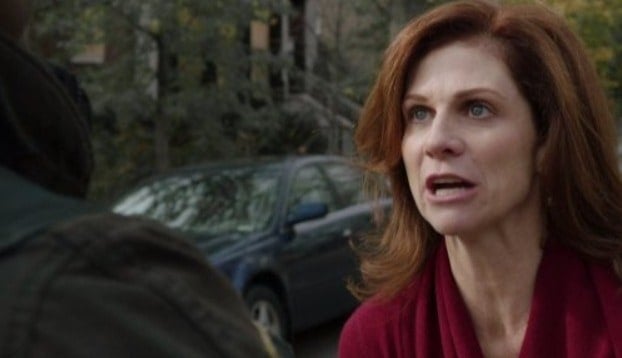 This has proven to be an amazing year for the talented individuals involved in the new Showtime Original series ‘Work In Progress’. The release of the show, combined with the wonderful reviews it has received, have proven to be something of a crossroads for the careers of members of both the cast and crew alike. While most all of them have past recognized works to their name, it seems that the comedy series is breathing new life into what they do, and providing a promise of potential things to come.

Actress Karin Anglin is part of that. With over 25 credits to her name, Anglin has experience in her field in television, film, and doing voiceovers. But everyone is looking for that big break that will bring them the level of success they have dreamed of, and Karin is no exception. She has made sacrifices over the years that may have postponed things, but it appears that all of that is going to pay off at last, thanks to ‘Work In Progress’ and the part she has in it.

Let’s take the time to get to know this actress better, since we are likely going to be seeing quite a bit more of her in the future. Below is a ’10 Things’ list that is all about Karin…her life, her career, and her aspirations for the future. She has managed to keep much of her life private, but we’ve dug up enough information to give us a bit better knowledge of the actress. Sit back and enjoy reading about a star who may finally be coming into her own after years of hard, dedicated work.

Here are 10 things you didn’t know about Karin Anglin

Not much information is available on Karin’s personal life, particularly regarding her childhood or upbringing. At the current time she and her husband, Trevor Clements, live with their children in Glenview, Illinois, where they moved to from Los Angeles to raise their family. Anglin is originally from Boston. While LA is a central spot for entertainers, they believed the move was in the best interest of the family. Fortunately, Karin had already gotten a fairly solid start and had some credits to her name when they moved, as well as a good reputation with those in the business in the Chicago area, so she didn’t have to start from scratch when she went back to work full time.

Karin states that she wanted to act from a very young age, and she was determined to make a living doing what she loves no matter where she was residing. A member of the Screen Actors Guild/American Federation of Television and Radio Artists for twenty-six years, she made her determination known from the very start. She also possesses a ‘dive in and do it’ type of attitude, even turning down lucrative job offers out of college so she could pursue her dream. She says, “I turned down those offers because I knew I could do that. But my true passion is acting, and I wanted to see if I could make a living doing that.” Well, I guess she showed herself, alright.

Her very first role was attained by her while she was still a student at Boston College. She played Nurse Ratchet, the somewhat-evil psych ward administrator from ‘One Flew Over the Cuckoo’s Nest’. She ended up graduating from Boston College with a double-major in communications and English. As for the Nurse Ratchet role, Anglin says that it was a ‘big deal’ for a freshman college student, but that was all it took for her to catch the acting ‘bug’. She fell in love with the art form, and the rest is, shall we say, history.

Since then, the actress has had many parts in television. Small roles in TV shows like ‘Chicago Justice’, ‘Chicago PD’, and more became par for the course, as they were based in the city she lives in. With that being said, she also made appearances in other shows as well, such as ‘Prison Break’, ‘Empire’, ‘Electric Dreams’, ‘Proven Innocent’, and many more. She has had much experience working in television dramas over the years.

5. On Working With Patrick Swayze

One of the programs Karin worked on was ‘The Beast’, a 2009 FBI crime/drama which starred Patrick Swayze. She considered getting to work with him a privilege, and recalled one of her memories of that. She had worked with him for a week doing sixteen-hour days, she recalled, and all of the scenes she had were with him. At one point, several days in, Swayze asked her to give him advice ‘outside the shoot’. “He was like, ‘I’ve watched you; you know your stuff. Can I ask your opinion on something? After his delivery [of a monologue he was working on] he asked if I thought it was authentic enough. That was a funny, unexpected moment that I cherish,” she told the Glenview Lantern.

Anglin plays Alison Carpenter, the ‘perfect’ sister of Abby McEnany’s character ‘Abby’. The show is based on McEnany’s one-person stand-up routine by the same name, and is based in Chicago, like many other shows she has done. According to Anglin, the series will feature many different Chicago neighborhoods, as well as some shots of other famous landmarks and buildings that viewers will likely be familiar with. Julia Sweeney from Saturday Night Live will also appear, starring as herself.

One of the skills she has on her resume includes doing voiceovers. Anglin says she even has an at-home studio, which enables her to work from home recording the voiceovers while still being able to care for her family and home. She has done voiceovers for commercials (Geico, Lexus, Skechers, and more), promos (When In Rome, Lost Girls, and Keeping Up With the Kardashians, to name a few), and voiceovers for narrations and politically-based commercials and the like. Chances are, even if you aren’t familiar with her acting work, you have certainly heard her voice before.

Besides doing countless television roles and voiceover spots, Anglin has plenty of experience doing work for the big screen as well. You may remember her from movies like 2018’s ‘Teacher’, ‘Kwik Stop’ (2001), ‘Dirty Work’ from 2006, and the movie ‘Real Life’. ‘The Watcher’, ‘Recovery’, and ‘Mr. 3000′ are also among the films credited to her .

As you can see, Angler is no newcomer to the business. While she has put her family first over the years, she has still had ample opportunity to gain experience doing the work she loves. This is also reflected by more than her resume; her net worth has something to say about it as well. According to Networthpost, Anglin has an estimated 2019 net worth of approximately $15 million. While it is not specified whether or not this figure is considered along with that of her husband, we can say with confidence that the work she has done has certainly paid off for her, regardless.

Some of you out there may already be fans of Anglin’s work, but we’re sure there are those reading this who is just getting familiar with her. Either way, she can be found on social media. To view her on Facebook simply visit her page at ‘Karin Anglin Voice-Over’. She can be found on Instagram at @karinanglin, where she currently has 103 followers. She is also active on LinkedIn for those with professional interest.

It seems that prioritizing truly pays off…at least, that seems true for Karin Anglin. After putting work on the back burner (but not turning the burner off!) while caring for her family, things have come full circle for this beautiful, multi-talented actress. ‘Work In Progress’ seems to hold great promise of doing nothing but enriching an already blessed career, and we are happy that, as viewers and fans, we get to be a part of it. Make sure to check her out on her new show on Showtime, because it’s the perfect way to show your support for her efforts. Good luck to her in the future.