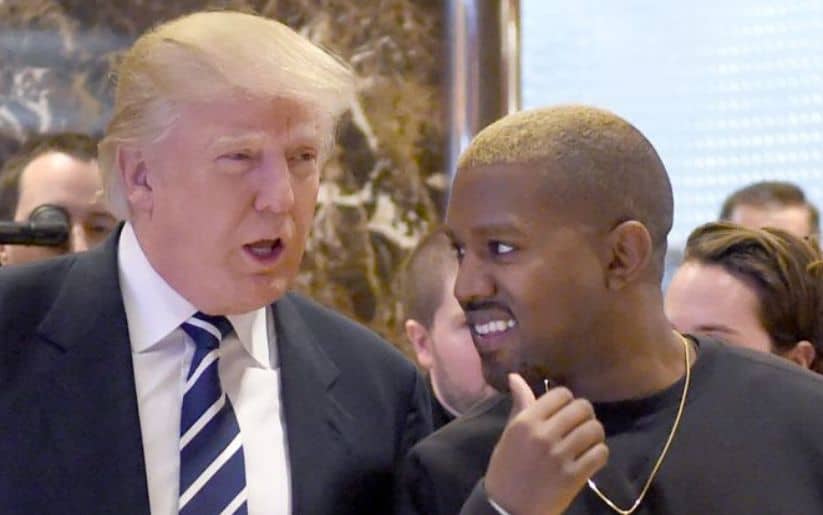 In a move that should mean nothing to anyone in the civilized world, Kanye West is officially “done with Donald Trump.”  The rapper/singer, husband of Kim Kardashian West has officially deleted all of his pro Donald Trump tweets.   West has had what we call a “Twitter purge.”   Apparently West is “super unhappy” with the performance of Trump in his first two weeks in office.  You might recall that West actually took a meeting with Dondal Trump in Trump Tower before he was sworn in as President.   At the time West tweeted,

“I feel it is important to have a direct line of communication with our future President if we truly want change.” Kanye additionally wrote about issues on which he felt he could influence Trump, writing, “These issues include bullying, supporting teachers, modernizing curriculums, and violence in Chicago.”

There was even speculation that West would perform at Trump’s inauguration but alas that never happened.  And there’s also more to why Kanye is upset.  According to TMZ

In addition to the Muslim ban, West was also displeased with Trump’s heavy reliance for political strategy on Steve Bannon, the former chair of the conservative website Breitbart, which has been accused of publishing stories that support a white nationalist viewpoint. Bannon himself described Breitbart to Mother Jones as a “platform for the alt-right.”

OK, so here’s the thing.  Does anyone out there care?  Seriously.  Anyone?  Here’s why you should care.  Someone as influential as Kanye West might actually be someone who can start an uprising, actually ignite change.  That’s about the only reason we should care.  As to whether or not he’ll do this, is anyone’s guess.   Let’s see some follow through on those deleted tweets.