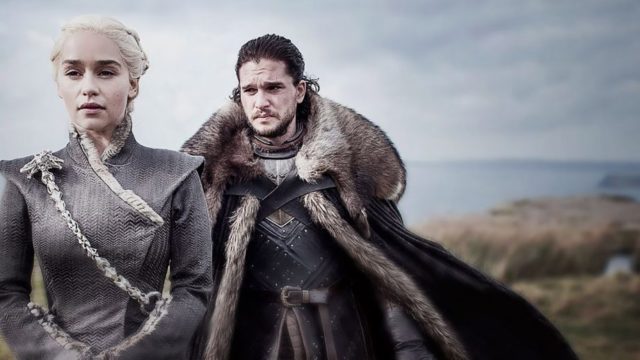 In previous times, the members of noble families tended to get married with one another, which could lead to some rather unfortunate results. For proof, look no further than the portraits of Charles II of Spain, who was the product of the Habsburg’s inbreeding practices. Based on this, it should come as no surprise to learn that the families on Game of Thrones are related with one another, though often less so than their real life sources of inspiration.

How Are the People on Game of Thrones Related to One Another?

First, it is interesting to note that in spite of the Starks’ relative isolation, the Starks and the Targaryens were related to one another before Rhaegar and Lyanna ran off. This was not in a direct sense, though considering the information that has been revealed about the event called the Dance of the Dragons, it is possible that has happened at one point in time, though to no real result as far as we know. Regardless, the Starks and the Targaryens were instead connected with one another because of their marriages to House Blackwood.

Regarding the Starks, it is known that Blackwood blood entered their line at the end of the Dance of the Dragons, when Alysanne Blackwood married Cregan Stark for the purpose of supporting a choice that had been made by her preferred claimant Aegon III, who was very vulnerable at the time because of his status as a child, the loss of most of his family members, and the death of the tamed dragons. In contrast, Blackwood blood entered the Targaryen line at a later point in time in the aftermath of the First Blackfyre Rebellion.

In short, the Blackfyre Rebellions was fought between Daeron II and the legitimized bastard Daemon Blackfyre, who had been half-siblings born of the same father but different mothers. On the surface, the conflict was based on the claim that Daeron was a secret bastard, meaning that Daemon was the real legitimate heir. However, there were a wide range of other issues, with an excellent example being the two men’s different approaches to the issue of Dorne. In the end, Daemon was killed in battle, though not before he had time to sire a brood of children even more numerous than that of Daeron.

Overall, Daeron had four sons, three of whom had children of their own. As a result, Aegon was never expected to inherit the Iron Throne because he was the fourth son of the fourth son, meaning that he was free to choose his own bride. This is the reason that he wound up married to Betha Blackwood, with the result that the current members of House Targaryen are descended from their union. Likewise, Aegon and Betha are related to the current members of House Baratheon as well because one of their daughters wound up getting married to the head of the house, with the result that she became the grandmother of Robert, Stannis, and Renly.

Of course, this is far from being the sole point of connection between the various families on Game of Thrones. For example, Brienne is believed to be descended from one of Aegon’s sisters, though the exact nature of her descendant from House Targaryen remains unclear at this point in time. Likewise, the Arryns and the Targaryens are related as well, though in an even more distant sense. With that said, the real hilarity is that even though the families on Game of Thrones are related with one another, their family trees are still nowhere near as entangled as those of their real life counterparts.

If that didn’t make any sense check out the graphic below: