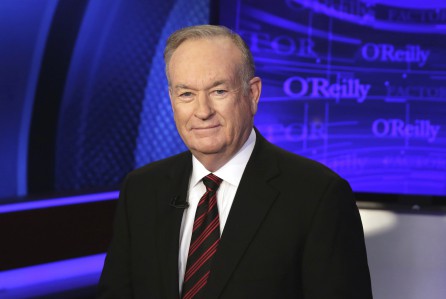 The confidential settlements made by Bill O’Reilly have been made public and it’s not all that pretty. It’s become common knowledge that popular show host lost his job, or rather was dumped, when allegations of sexual harassment started gathering around him like swarm of flies. But what you probably didn’t know about were the settlements he made to a few women under the condition that they not talk about it and give up any and all material that might have to do with the payment and what it was for. In other words they would need to almost pretend it had never happened. Now on one hand the women did take the money and should have been satisfied with the settlement and with O’Reilly losing his job. But on the other hand, O’Reilly simply buying people off is perhaps one of the most disgusting things imaginable.

It does make sense considering that he didn’t want any of what he’d done going public, but it’s kind of ironic now that a judge decided to make the record public so that it could be seen by many just how low O’Reilly had sunk. Those celebrities that have been sitting on high doing and saying whatever they wanted to for so long are now feeling the pinch as their actions and words are coming back to bit them. The only sad part is that their example isn’t exactly making any man look too good throughout the country. Their attitudes towards women have gone a long way towards damaging the reputation of many men across all levels of the country and in some cases it’s been seen that women are standing up based on the one principle that men are not always trustworthy. It’s an extreme that only a handful have gone to, but in the wake of the nonsense that O’Reilly and others have perpetrated it’s becoming harder at times to be taken seriously as a male as the propensity for derogatory comments towards women and the belief that men think that they are inferior is stubbornly persistent.

Those women that O’Reilly did pay off were made to sign agreements that they would never speak of the circumstances behind the payoff ever again, and in some cases were instructed to claim that their words, if ever found, were forgeries and completely untrue. Hiding the truth of the matter by telling the victim to lie about it after paying them is a rather sticky situation in which no one’s hands seem entirely clean. There’s no doubt that O’Reilly is the worst perpetrator in this mess but the women have as well managed to sell their dignity in some regard. While they were justified in their case against O’Reilly the promise of a cash payment usually allows dignity to be pushed to the side for a time, as money tends to have a way of making people forget what’s really important.

O’Reilly is guilty of the misconduct, no doubt.