Home
Television
Jumper Could Easily be a Streaming Series 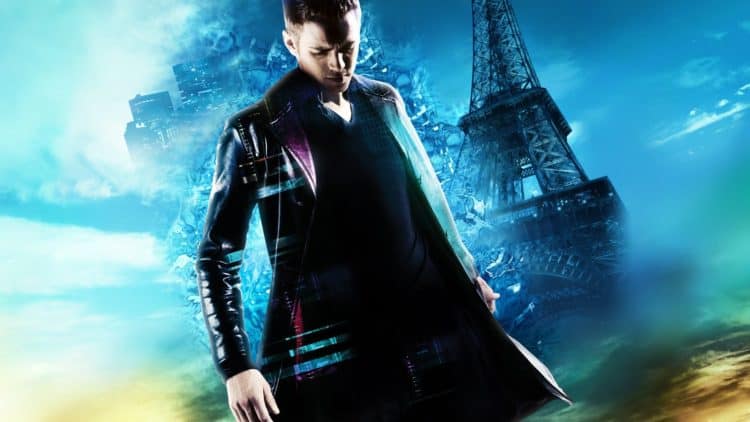 More than a few movies from a decade or more ago feel as though they had a good idea that could have been developed into something that might have been able to contend as a movie franchise or a TV series that could have taken off. Jumper had the talent and the idea, but it might be argued that it didn’t have the writing necessary to come off as a viable series that might have been pushed forward in a successful manner. The idea was great since the presence of Jumpers and Paladins in a world that was supposed to otherwise make sense. Seeing how the movie started and how it transitioned back to David, there is a lot to unpack between the opening credits and the moment that he’s seen to jump from one point to another. It doesn’t feel as though it would be necessary to show every moment of his childhood leading into his adulthood, but it does sound like a good idea to perhaps show how he might have somehow evaded the Paladins without even knowing of their presence for so long.

By following the movie, such a series could easily succeed for a few reasons. One of those is that Roland is still alive, David is still alive, and now that he has Millie in his life and the knowledge that his mother is a Paladin, things could become far more interesting. It’s not just the fact that his mother would be on his trail, as would Roland, but it’s interesting to think of whether or not she would be able to anticipate where he might show up from time to time, and whether or not Millie would remain with David, especially knowing that he was on the run and that her life would be in danger from that point forward. It would be interesting to know if Roland would still be as hard-nosed in his pursuit of Jumpers after David spared his life, but it feels as though he would still be resolute in his task to take them down at least.

In a way, it does feel as though this series would have a shelf life that wouldn’t last as long as some would think, or might like. It does have a high probability of becoming stale and old unless things change and the story evolves in some manner, which could easily happen if whoever wrote it was given the freedom to run with the story and come up with something that might change the landscape of the story. Jumpers and Paladins are interesting enough to get things going, but a different type of Jumper, and maybe other clandestine agencies that even the Paladins might not know about, would be interesting ideas to put forth. Or the Paladins and Jumpers could be able to spawn a story that would tell their history and give an even stronger base to the story that would perhaps go back for centuries. Explaining this would be a huge step that would help to bolster the story and explain why some Jumpers simply wanted to disappear and some would turn violent and try to target the Paladins.

This could even lead to the explanation of a private war between the two factions, and an explanation of why it kicked off in such a way. It could be that the earliest Jumpers were immoral and destructive individuals, or it could be that kind of like the X-Men, they were born different and had no reason why, but just wanted to exist like anyone else. Then it would need to be explained why the Paladins decided to see the Jumpers as such a threat, which could be explained in a few very simple ways that would invite a series of complexities into the story that could make it even more interesting. What’s really great bout this is the idea that the story could move beyond David very easily, but by taking on his perspective and perhaps bringing Griffin back into the mix, it would be possible to show that not all Jumpers are the same, which could mean that not all Paladins are seeking the utter destruction of the Jumpers. In other words, it could become ordered chaos that could very easily carry itself for at least a season or two, if not more.

Whether the original actors would want to come back for cameos or a full role is hard to say since the movie didn’t cover itself with glory even though it made use of a few great actors. But recasting the major roles doesn’t feel like it would be that much of a hardship, especially if actors that are fairly well-known, or aren’t known at all, could be found to step into each role. This could work if the writers and the director were capable of bringing this story into the light once again in a way that would highlight more than just the main characters.