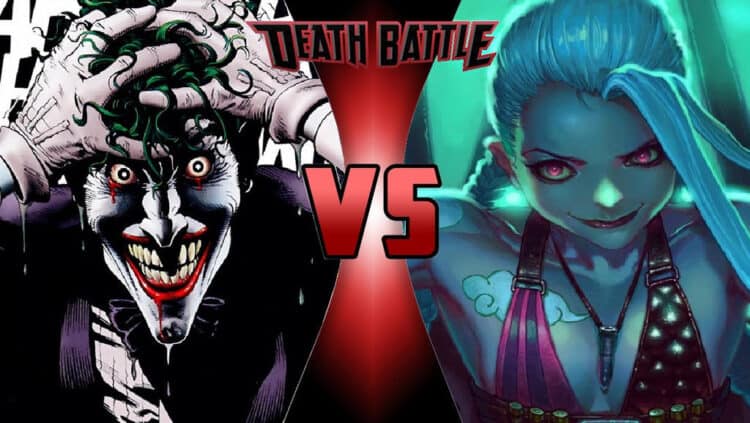 How in the world do you give this fight to either person? The Joker is chaos personified, and Jinx isn’t too far behind since she’s been proven to be a seriously unbalanced individual in both League of Champions and Arcane, which showed the relationship between herself and Vi. There are obvious differences between the two individuals, especially since Jinx is far more physical than the Joker, but this is essentially pitting a controller against a combatant, a thinker versus a fighter, and both are up to the task of trying to eliminate the other. Both characters are incredibly nuts and yet manage to function in a way that defies easy explanation and doesn’t allow for a great deal of understanding as to why they do the things they do. It’s controlled chaos at one moment and absolute anarchy at the next, and a lot of people love these qualities that both characters exhibit. When pit against those that try to stop them for whatever reason, both Joker and Jinx are bound to go megaton at some point, though it does feel that Jinx might be a little more likely to fly off the hook and start nuking everything in sight.

This could be one way that Joker might be able to anticipate and even overcome Jinx, since he’s a master manipulator, and once he finds the right trigger he can torture just about anyone in ways that will for their minds to break at some point. Against heroes like Batman and several others, the Joker is effective in some ways, but incapable of breaking those he goes after for various reasons. Jinx doesn’t worry about breaking people, at least not in a psychological sense. She’s ready to deliver the boom, literally, whenever it feels like a good idea. But her mental state is what could end up being one of her greatest weaknesses.

In all fairness, Jinx isn’t stupid and she’s not foolish enough to just attack without trying to figure out what’s going on. But the Joker has far more experience behind him and knows how to dig at the right moments and use the right triggers to make his victims feel as much pain and perhaps even go mad themselves. In fact, there are times when he hasn’t gone as far as killing his victims since they’ve proven to be too much fun for him to torture, meaning that to kill them would ruin his entertainment. There’s no doubt that both characters are twisted, but the fact is that Jinx has been shown as a character that is twisted and definitely disturbed, but she has a decent side to her as well that’s been buried for a very long time and could be made to resurface if given the chance. The Joker is, for better or worse, kind of a lost cause when it comes to reform since the mystery behind who he is and why he does the things he does has been built up so effectively over the years that he remains one of the most puzzling characters of all time. Jinx is insane, she’s violent, and she can make her own decisions, but she’s not quite at the same level as the Joker.

In a stand-up fight, Jinx would take the Joker out since no matter what can be said of him, the Joker is still the type of character that doesn’t have a great deal of martial skill. But how the Joker fights would be enough to keep Jinx busy chasing shadows for a while unless she was able to figure out that she was being played. Even then it feels as though the Joker would have more than one contingency that might be able to keep Jinx at Bay, and even keep her in his sights until it was time to end the game. Of course, that’s assuming that the Joker would really want the game to end. There’s nothing to be gained by underestimating Jinx since she’s incredibly deadly as well as smart and cunning enough to create a serious issue for the Joker if he decides to take her lightly. But if we’re taking both characters at their best, Joker has a serious leg up.

As a character that can be a controller, manipulator, and overall tormentor, as well as a lethal force that can strike at various distances and be deadly, so long as a person doesn’t see him coming. Jinx is just as deadly and just as unpredictable, but at the same time, it feels as though her better side is bound to hamper her at some point, as her psychosis is less controlled than that of the Joker, who leans into his madness. This fight would be fun to watch, but it wouldn’t be quite as decisive to start with. In the end, though, Joker takes this with the simple fact that he’s far more capable of going all-in when it comes to being chaotic.