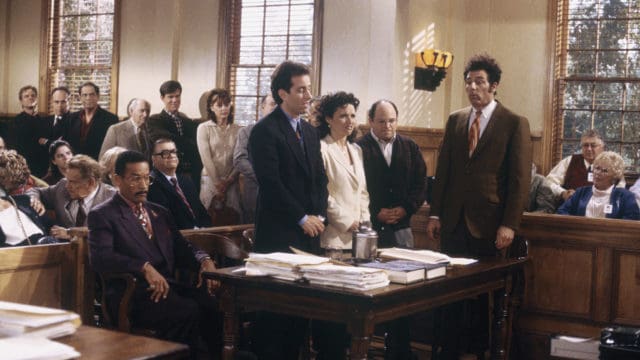 It’s not just the fans of Seinfeld that had major regrets about the ending of the show, but the namesake of the show as well. Jerry Seinfeld actually felt that they shouldn’t have done the show at all, or should have at least found an ending that could work for the cast and the fans in some way. Too many shows have ended on such a sour note simply because the entire program was canceled, the writers went on strike, or the writers couldn’t come up with anything new so they just quit.

The issue with comedy is that having the last laugh is the best, but it’s also the hardest thing to attain when one is trying to close out a successful show. If things aren’t handled right then the show becomes known for that ill-fated finale just as much as it will be for the laughs it provided earlier on. Sitcoms are remembered more for their most outrageous moments, be they funny or not, and are only ever looked at for their mediocre moments when someone decides to reflect upon the show and what it meant to them.

Seinfeld was kind of an acquired taste to be honest but it was also a show that people would watch whether they were true fans or not simply because it did have a lot of funny moments. There was almost always something for everybody to enjoy with the show and it could always be relied upon to provide something in the way of a pleasing escape for a few minutes now and again. But ending the show in such a manner as the finale did is akin to a slap in the face for many a fan. There were many that felt that the finale was a letdown that was just too hard to forgive, and even now Seinfeld isn’t nearly as revered as it could have been.

Remember how Friends ended? There was closure, there was a sense that everyone was moving on finally and had found the path in life that they were supposed to be on. There was a sense that everyone was going to move forward, even if they weren’t always going to be okay they would still be moving on to another point in their life. In Seinfeld’s finale there was none of that. It was more akin to the final episode of Married With Children in that there was no final resolution for the characters and you might have expected the finale to be a joke that led into another episode that might finally tie things off.

Cheers is another sitcom that transitioned from the regular, everyday life of its characters to something that would be forever different as a lot of them moved on and would never come around again. Needless to say, the Seinfeld finale really dropped the ball when it came to catering to its fans.